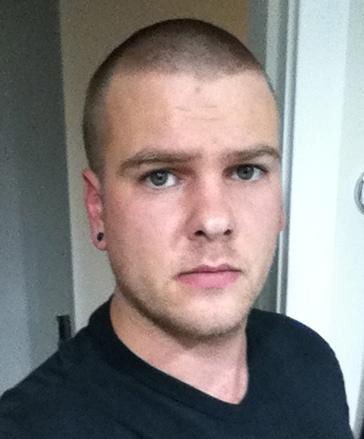 I'm going to be a father.

Do I have your attention? I guess I should clarify, one day I'd like to be a father, maybe. Before my friends, family, and followers start squealing with delight there are a few things I'd like to clear up. Firstly, I don't need baby names because I will be choosing some from the approved list in the gay agenda. I was thinking Letitia, Dolphin or perhaps Charlie (pronounced Claire). Secondly, I don't think it will be happening anytime soon. So hold off on buying those baby booties, but maybe start putting some money away so you can get something from the Baby Blahnik collection.

What's stopping me from embracing the other, other F-word? Well for one thing I'm far too selfish. I like nice things that aren't covered in puke or poop. I want to be able to go on vacation and my cat is not old enough to babysit yet. I want my name on at least one book that is being made into a movie starring Meryl Streep as a young Anne Hathaway. Also, I am already not getting enough sleep, a baby would take my appearance to new levels of corpselike.

My own selfishness aside, which for the record is something I never thought I'd say, thinking of being a parent makes me anxious. Practically speaking, I can barely take care of myself sometimes (see my appearance). The thought of having a tiny person in my care is daunting. Feeding, clothing, and making sure they're watching the trendiest nonsense-named cartoon is a lot of work. Plus I'm not sure I know how to properly nurture a baby to give it the emotional acuity that it will need in today’s hyper-competitive, morally bankrupt, hellscape of a world. There should be an app for this.

Of course this is me being silly. Everyone is anxious about being a parent and the people who aren't are probably sociopaths or extremely wealthy. The difference is, that I'm gay. It's shocking I know (see my appearance) but my husband and I face challenges which make parenthood that much more difficult. For one thing, we can't just have a baby. We can try, but we would not be successful. For us to become parents we would need to adopt or have a surrogate mother and neither of these is straightforward. Contrary to what you might see on television, they don't just hand out babies to sassy gay parents even if we wanted to Brangelina ourselves one from somewhere in Southeast-Asia. It would take opening our lives for inspection to make sure we qualify, which is nerve wracking (Social worker if you're reading this please skip to the part where I redeem myself). Also, women aren't exactly lining up to rent out their uteruses to us for 9 months and gays aren’t misogynistically allowed to lay claim to one. What I’m trying to say is that for gays babies don’t just happen. We have to plan out our lives around the baby in ways that most straight people don’t and it can take years.

If you've made it this far, you can see that even when I'm pretending to think of the welfare of my future child it's still just for my own sake. So here it is, my real fear for my future child (Social worker may resume reading here). Growing up is tough enough without asshole children singling someone out because of who their parents are. Kids shouldn't be excluded from playing tag or whatever because of their parents’ genders. The two literally couldn’t be less related yet kids are being singled out. At least they would be in an ideal 21st century world, where gays are equally discriminated against. It’s not the little kids' fault. Prejudice is something that they learn from society. Ideally they'd learn this kind of prejudice from their parents, but no one has the time these days.

When my husband and I are with child we're going to attract attention. Look at those two, raising that kid. Clearly, I don't mind attention, I'm used to living my life openly so that I can try to make the world a less awful place. It's that this attention won't be just on me. It'll be on my kid. No that came out wrong. It's that people will be curious about my kid. It's not from a vindictive place I'm sure, but it's pretty callous. They’ll want to know if we adopted or had a romantic night with a turkey baster, and it’s none of their business. If anyone asks, which of us is the real parent I will explain that there are two answers. The long answer, is that my husband and I decided to jerk off into the same cup and really there is no way to know which of us is the real dad, because we’re not an interracial couple on TV. The short answer is we both are and you're an asshole. The same thing applies to if we adopt. Insinuating that I'm less of a parent with your line of questioning is insulting, but I’m used to it.

If, on the other hand, you ask my kid these prying questions you had better be prepared to be shamed out of existence. I will use every snarky tool I learned as a response to rampant heteronormativity to protect my child from you and your heteronormativity. It may sound like I'm overreacting and I'm okay with that. People can think I'm an asshole because people need to know it's not okay to assuage their curiosity at my kid's expense. So when we do have kids, you will learn everything you need to know when you meet them, or on Facebook.