Sexual orientation and gender identity and expression change efforts (SOGIECE) are deeply harmful, scientifically discredited practices that target vulnerable LGBTQ2 Canadians. To protect people from this cruel treatment, all levels of government should work to undermine the efforts of people and organizations conducting SOGIECE – as well as support the development of positive, affirming programs and services.

Part of the challenge of ending SOGIECE is defining what the term means. The more commonly used term of “conversion therapy” (also known as “reparative therapy”) is any form of treatment which attempts to actively change someone’s sexual orientation, gender identity or gender expression. This involves organized, sustained efforts.

However, in some cases these conversion efforts are not well organized or delineated. For example, a teenager who expresses distress about their gender identity or sexual orientation may go to (or be taken to) a counselor, healthcare provider, church leader or other person of authority for advice on the matter. This person may give direction or advice that would delay or impede the teenager from relating back to their gender identity or sexual orientation in an affirming, positive way.

Even when informal and infrequent, these moments can do significant damage to LGBTQ2 people. While not “conversion therapy,” these broader practices are what is known as sexual orientation and gender identity and expression change efforts, or SOGIECE (pronounced “soj-eese”). Conversion therapy, then, is a type of organized SOGIECE.

To help prevent SOGIECE in Canada, CBRC is working with researchers, survivors, community leaders, and policymakers to:

This report presents a comprehensive look at Sexual orientation and gender identity and expression change efforts (SOGIECE), their effects, the current state in Canada, the limitations of bans and legal challenges.

This report is based on preliminary data from more than 7,200 sexual minority men who participated in our latest Sex Now Survey, and suggests that conversion therapy and SOGIECE continue to impact GBT2Q in Canada.

This research, published in 2020, has found that conversion therapy to attempt to change a person’s sexual orientation is still common in Canada. The study calls for government and societal support to end conversion therapy practices. According to university and community-based researchers, four per cent of Canadian gay and bisexual men—approximately 20,000 individuals across the country—have been exposed to conversion therapy, which includes scientifically discredited practices that try to repress, discourage, or change a person’s sexual orientation, gender identity, or gender expression.

The 2019 Vancouver SOGIECE Dialogue was held on November 2, 2019. The objective was to convene survivors, community leaders, researchers, and policy advocates in order to share professional and lived experiences of SOGIECE, identify key health and social service needs of SOGIECE survivors, exchange ideas about pan-North American interventions, and determine how research could be undertaken to address gaps in knowledge.

Travis Salway, a social epidemiologist, and a leading SOGICE researcher moderated this interactive panel featuring critical discussion from the perspectives of survivors, policy advocates, and service providers to mobilize research, practice, and policy actions with regard to sexual orientation and gender identity change efforts (SOGICE). The panel helped to increase awareness and understanding of conversion therapy, or SOGICE in Canada, and its consequences with regard to sexuality, identity, health, and social well-being, and what is required to help survivors heal.

Dr. Kristopher Wells, Canada Research Chair for the Public Understanding of Sexual and Gender Minority Youth, launched this report in partnership with conversion therapy survivors, and civil society organizations. The report was developed by leading experts, academics, persons with lived experience, and faith and community leaders to assist municipalities in better understanding their roles and responsibilities in taking action to protect LGBTQ2 people from conversion therapy within their local communities. It features the latest research and evidence on the state of conversion therapy in Canada and calls for municipalities to take legislative action to end this abusive practice. Everyone is valid, everyone deserves the freedom to be who they are.

This brief explains how Sexual orientation and gender identity change efforts (SOGICE), are pseudo-scientific practices intended to change, repair, convert, or otherwise suppress unwanted feelings or expressions of sexual attraction to members of the same gender or unwanted feelings or expressions of incongruence between one’s biological sex assigned at birth and gender identity. It highlights how SOGICE are not only ineffective at changing sexual orientation and gender identity but are associated with numerous psychological harms, including poor self-esteem, self-hatred, depression, anxiety, problematic substance use, and suicide ideation and attempts. 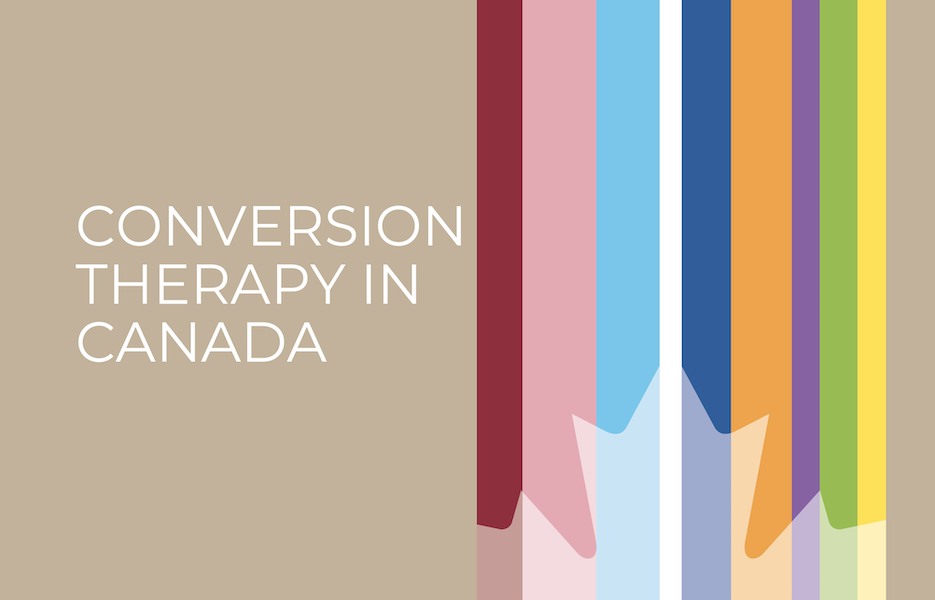 Conversion Therapy in Canada: A Guide for Legislative Action 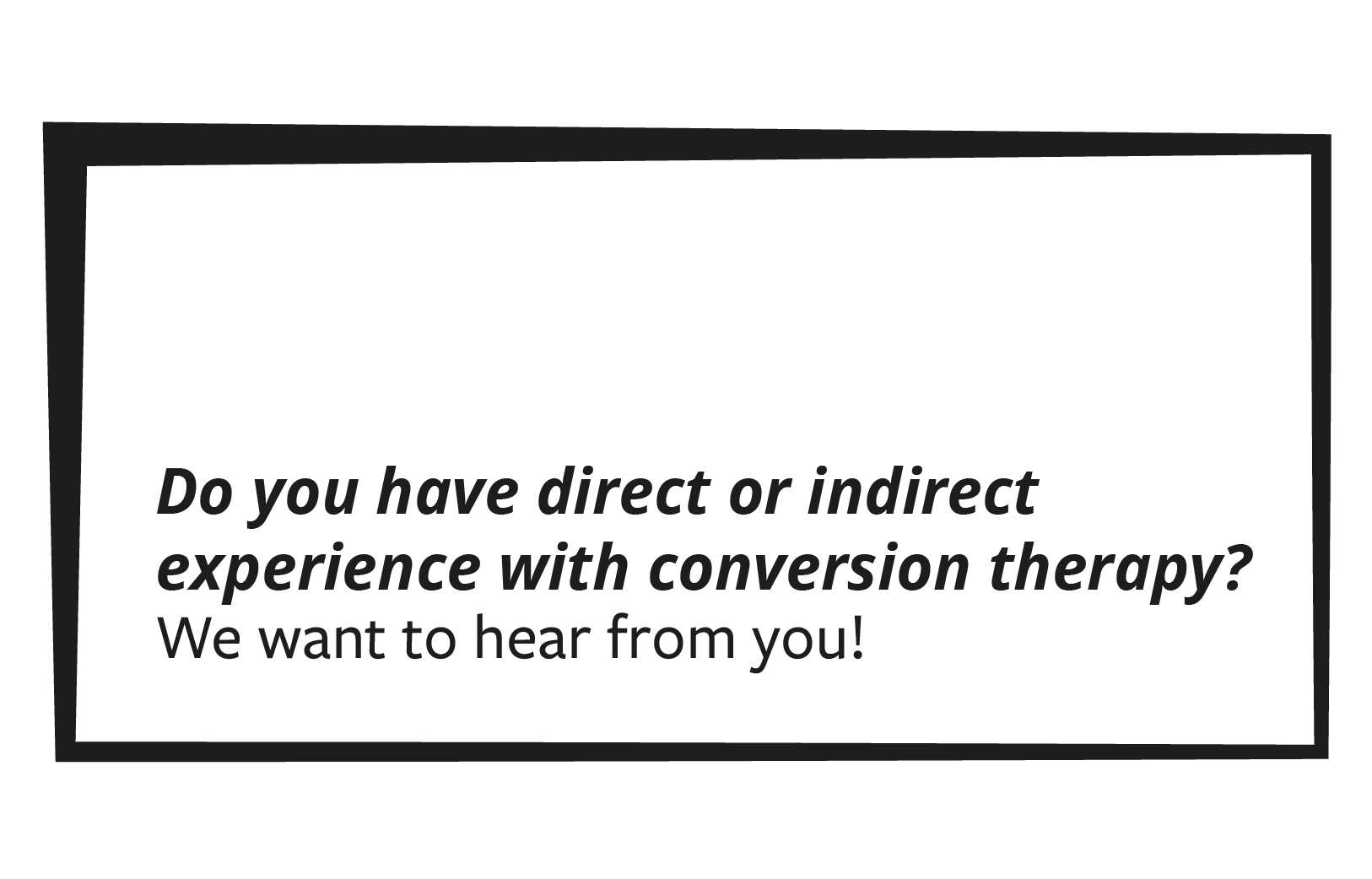 Survey about Conversion Therapy in Canada

To end conversion therapy, we must understand what it actually means 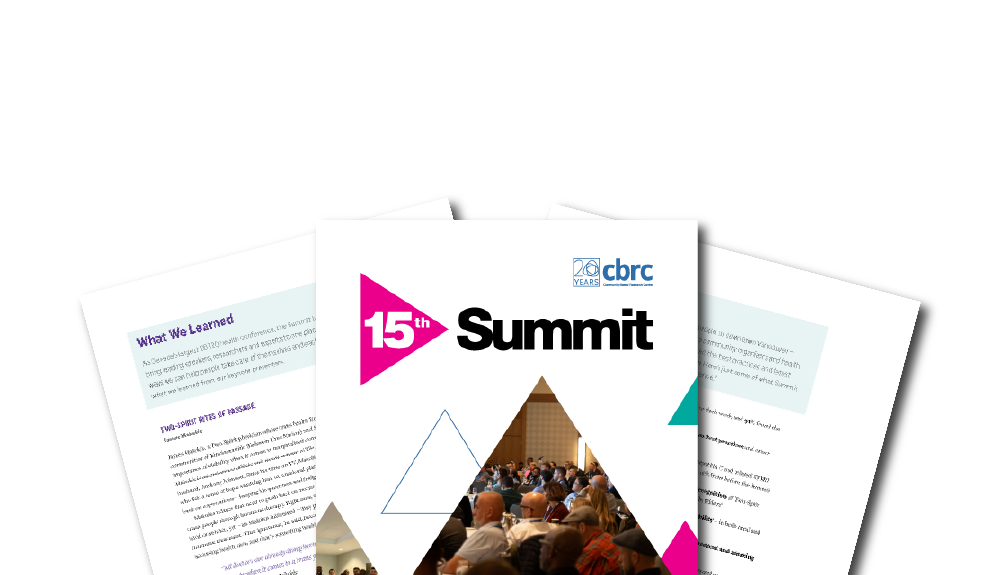 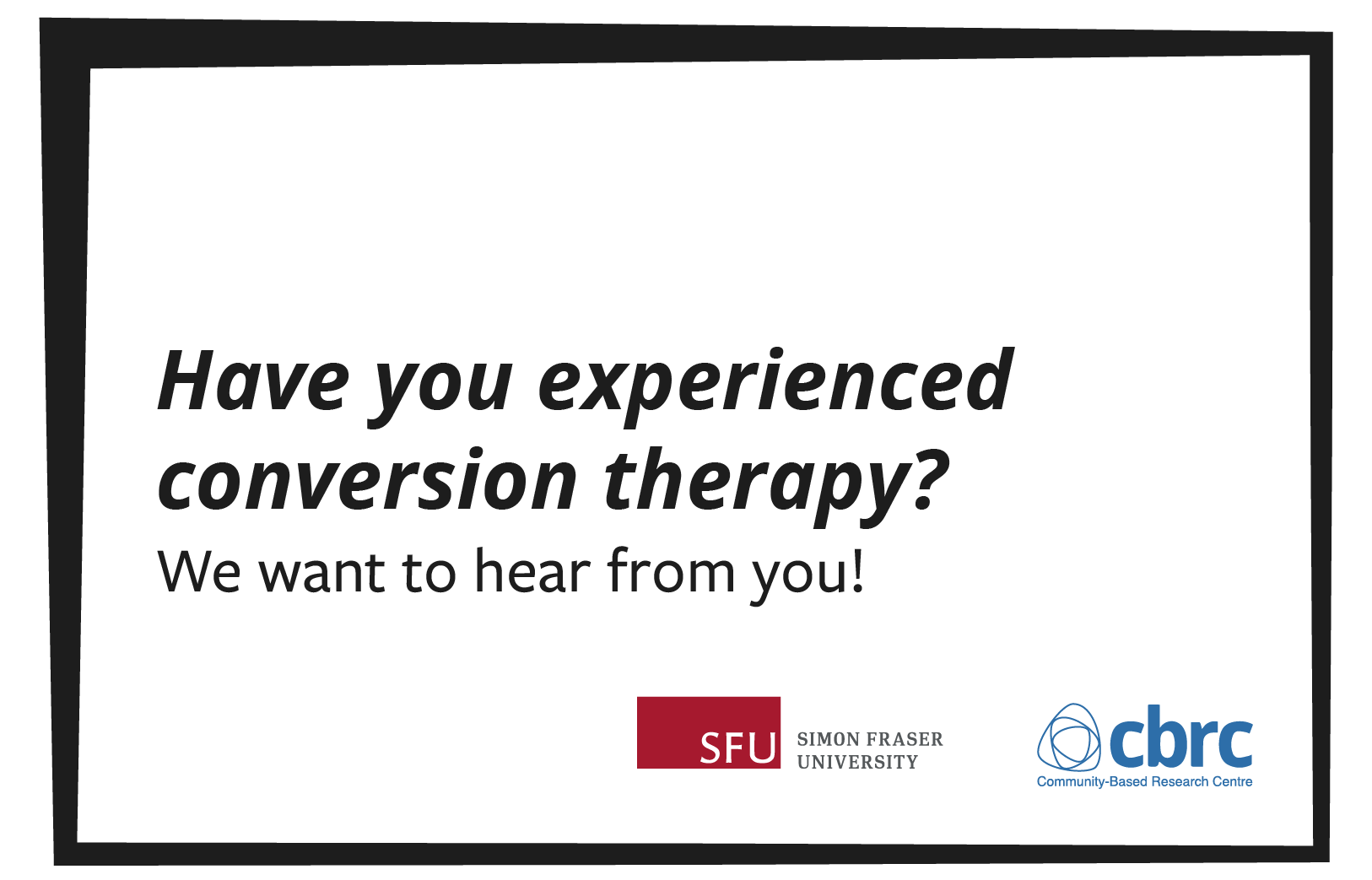