The Circle of HIV Stigma

I tell anyone who will listen that all of the complicated problems related to HIV can be circled back to stigma. And I believe the persistence of the virus in our community can be reduced if we make a stronger effort to change our attitude toward HIV, to better inform ourselves about it, and to reduce the impact of HIV-related stigma.

As a gay man who has lived with HIV for nearly 20 years I have experienced a lot of stigma. I feel it in my heart (sometimes I wear it on my sleeve), yet I struggle to describe it. What I can say is that it is a visceral inward feeling of devaluation caused by the negative judgments and social prejudices against those of us who carry HIV. I did a human thing; I caught a virus, nothing worse than that.

It’s no surprise that HIV carries with it such a high burden of stigma. The immune deficiency syndrome that untreated HIV causes literally exploded into our world almost 40 years ago. At the time, it was bewildering and terrifying. People were dying in the most awful way and there weren’t a lot of answers. In our part of the world, HIV was mostly confined to gay men and it was sexually transmitted. Other groups, like injection drug users, were also hit hard. Society was quick to pass judgment. The gay community responded with activism and compassion, but it was scary at the individual level and often it was just easier to shun someone with HIV, especially when it came to dating and sex. The circle of stigma begins.

Thankfully, medical treatment has advanced dramatically and people with HIV now have normal, productive lives. And there is an added bonus: Studies have proven that people who take their medications regularly cannot pass the virus on to others when they maintain an undetectable HIV viral load. In response, a public health strategy called treatment as prevention targets vulnerable groups, encourages low-barrier and frequent HIV testing, and then treatment with HIV medications soon after new infections are discovered. Building on this strategy, a prevention campaign led by people living with HIV called U=U (Undetectable equals Untransmittable) has successfully advocated for community organizations, health agencies, and the general public to embrace the scientific evidence behind undetectability. 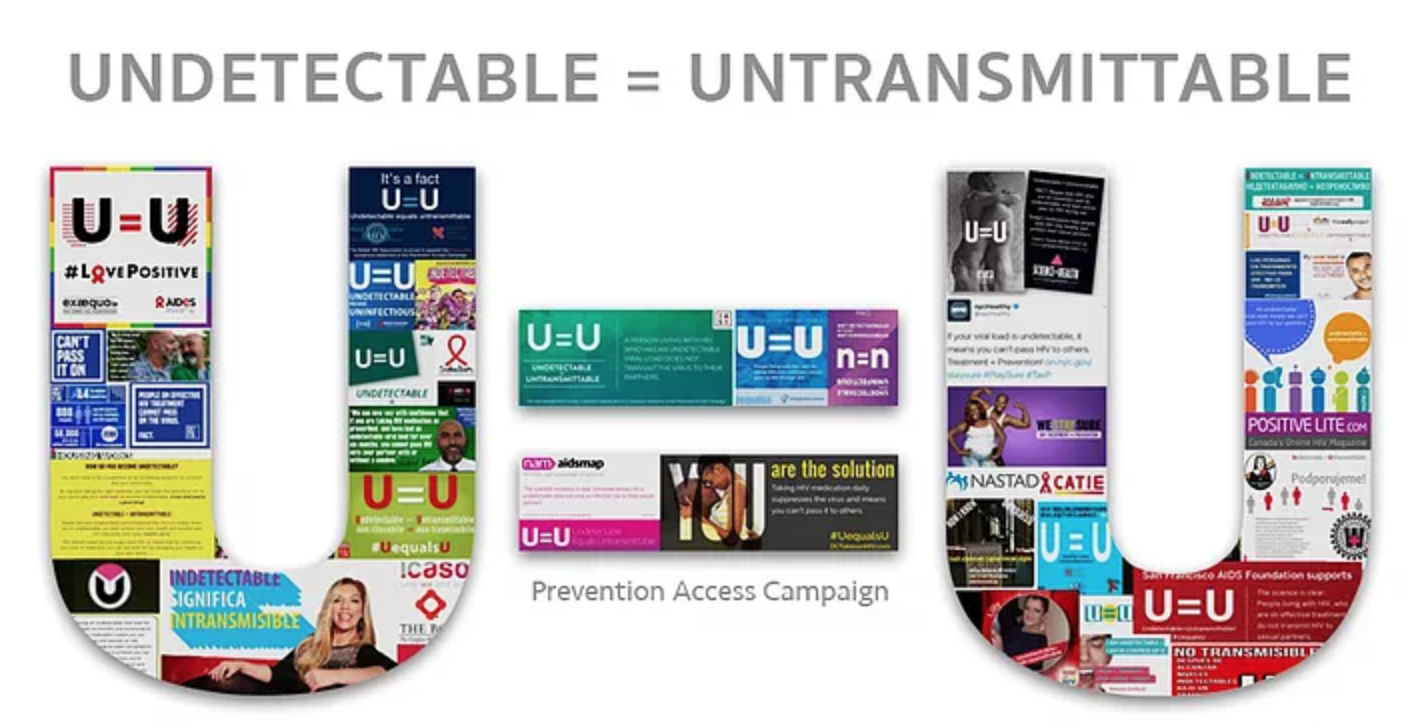 In the gay community treated poz guys make an enormous contribution toward reducing the burden of HIV but this is frequently overlooked. Attitudes are shifting but too often HIV-positive people are still thought of as a repository of HIV infection, regardless of whether they are treated. The irony is that most new infections come from people who are themselves newly infected and not aware of it, or from people who have not tested. We know that people don’t test because of stigma. Stigma is linked to new infections and the circle continues.

Matthew Hodson, in his article, “Do you still reject someone because they have HIV?”, suggests that HIV stigma in the gay community remains rampant despite all of the improvements in our understanding about how the virus is transmitted. I agree. My experience is that most “negative” guys still prefer to be with other “negative” men. Tangible conversations about HIV and sexual health are too complicated for quick hook-ups. Aside from perfunctory questions about HIV status avoidance is de rigueur. If someone admits to being positive, it’s all too easy to swipe left. Not always, but always too often.

Then there’s this thing called PrEP. PrEP stands for pre-exposure prophylaxis and it involves taking an HIV pill (Truvada® or a generic) to prevent HIV from developing into an established infection. Truvada® is also used as part of the HIV cocktail to manage established infections. When I first heard the concept of PrEP, I was skeptical. I thought it was too expensive and that HIV-negative men would not want to take an HIV pill for prevention. Since that time, studies have proven that it works, costs have come down, and I was wrong about people not wanting it. Guys have flocked to get it: they have imported it from overseas, they have lobbied government and insurance to cover it, and there have been campaigns and clarion calls like we haven’t seen since the early days of AIDS.

I get it. Gay men (cis or trans) and other men who have sex with men, want to avoid HIV and PrEP empowers them to have more control over this. In social media circles access to PrEP is welcome news but anxiety about HIV for some PrEP users appears to be amplified by a near obsession about Truvada® side effects. Every pimple and fart, every sleepless night, every itchy scratch is attributed to PrEP. Perhaps it’s understandable because many of these men are taking a daily medication for the first time in their lives but I find much of the social media activity around PrEP to be somewhat unsettling. The message seems to be, “Look at me, I’m taking PrEP even though I think it’s making me sick because getting HIV is WAY worse.” That stigmatizes poz people who have to take the same drug for the real deal. If guys don’t like PrEP ‘side effects’ then they should just stop taking it. Better still, fuck an undetectable guy. Can’t get HIV that way. The circle of stigma grows bigger.

Given all of the HIV prevention advancements I find the persistence of HIV-related stigma in the gay community to be particularly frustrating . Much of it is subtle and people are frequently unaware of stigmatizing behaviour. And all of it is totally unnecessary. Matthew Hodson says, “to reduce new infections we have to increase our capacity to do all the things that stigma hampers: testing, talking, honesty and openness.” I would add educate to this. People don’t educate themselves about HIV because of stigma. HIV is always someone else’s problem, until it’s not. Then all too often newly diagnosed people internalize their negative feelings about HIV: amplified, seething, and silent. The circle of stigma is complete.

As Yogi Berra says, “The future ain’t what it used to be.” We can no longer ignore the pernicious impact of HIV-related stigma on our collective well-being. The truth is there is little to worry about. New infections are totally avoidable and when they do happen they are easily managed. Life goes on. Let’s work to make ours healthy and happy for everyone. Let’s break the circle.