MAY 8, 2019 (VANCOUVER) – Health Canada has approved a joint application by Canadian Blood Services and Héma-Québec to further reduce the donor deferral period for men who have sex with men from 12 months to three months since their last same-sex encounter.

Many gay rights activists and academics across Canada have called this type of time-based deferral for men who have sex with men discriminatory, and out of touch with the current scientific understanding of HIV transmission.

Policies like this send a signal that our blood is risky in a way that straight people’s blood is not.

“We welcome this as a step in the right direction, but for most sexually active gay and bisexual men in Canada, today’s announcement will change little. We don’t ask most Canadians to abstain from intimacy with their partner for three months to donate blood, so why are we asking that of men who have sex with men?” asked Nathan Lachowsky, Research Director at the Community-Based Research Centre.

In 2015 the Government of Canada announced $3 million in new research funds for Canadian Blood Services that was in turn awarded to 15 research projects, one of which was the Community-Based Research Centre’s Sex Now Survey. The survey is Canada’s largest biobehavioural survey of men who have sex with men, and is operated in partnership with community organizations and academic institutions across the country.

“Ensuring the safety of Canada’s blood supply should be everyone’s first priority, changes to this policy need to be considered carefully. That’s why we want to work with our partners at Blood Services to use the Sex Now Survey to inform a new policy that does not discriminate based on gender and sexual orientation. We feel this new three-month deferral is still missing the mark. Canadians deserve a policy that does not contribute to further stigma, but considers specific behaviours associated with HIV transmission based in modern science.”

The 2018 edition of the survey was funded in large part by Canadian Blood Services to investigate the possibility of a more inclusive blood donation policy for men who have sex with men. Three quarters of participants expressed a willingness to donate if they were eligible. This change in deferral policy will not lead to many new gay and bisexual men being able to donate.

“Policies like this send a signal that our blood is risky in a way that straight people’s blood is not. This type of systemic stigmatization needs to end, and we look forward to working with our partners at Héma-Québec and Canadian Blood Services to achieve an equitable donor policy for all,” concluded Lachowsky. 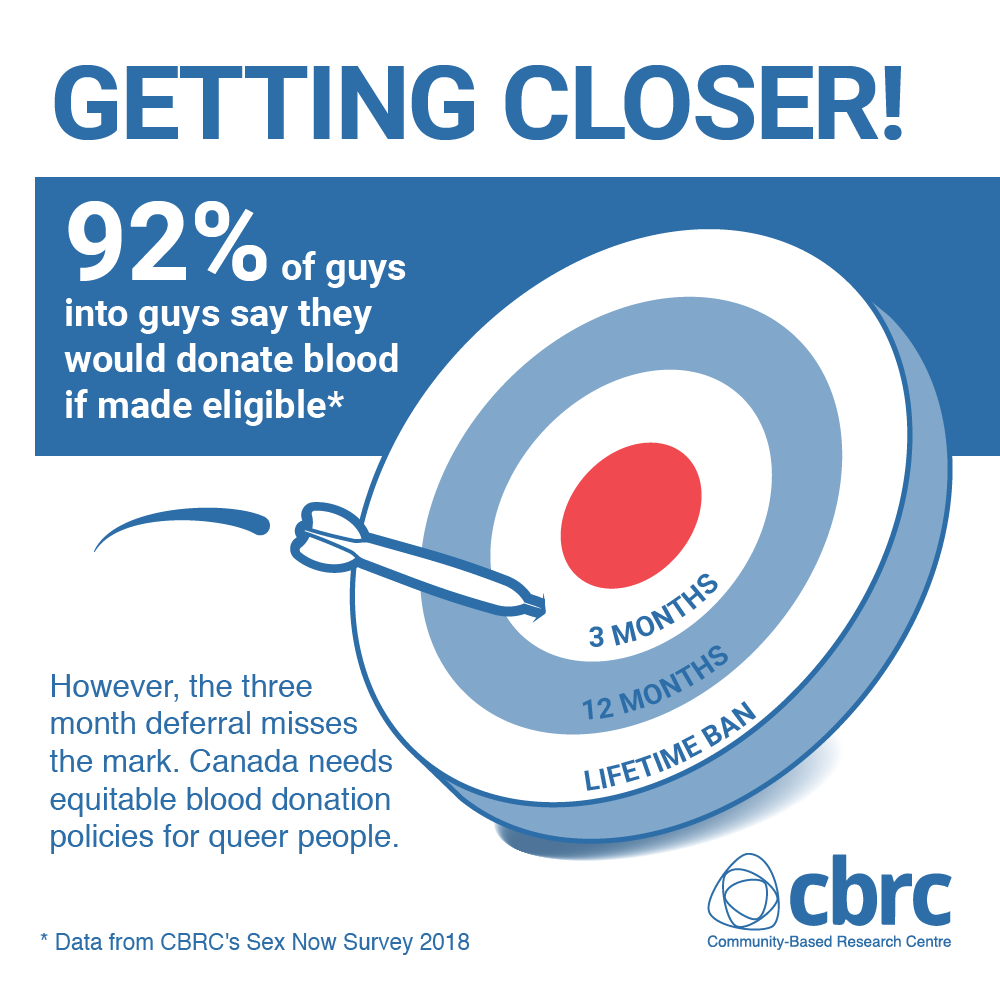