Mpox Stories: “I guess my bussy is hazardous!” 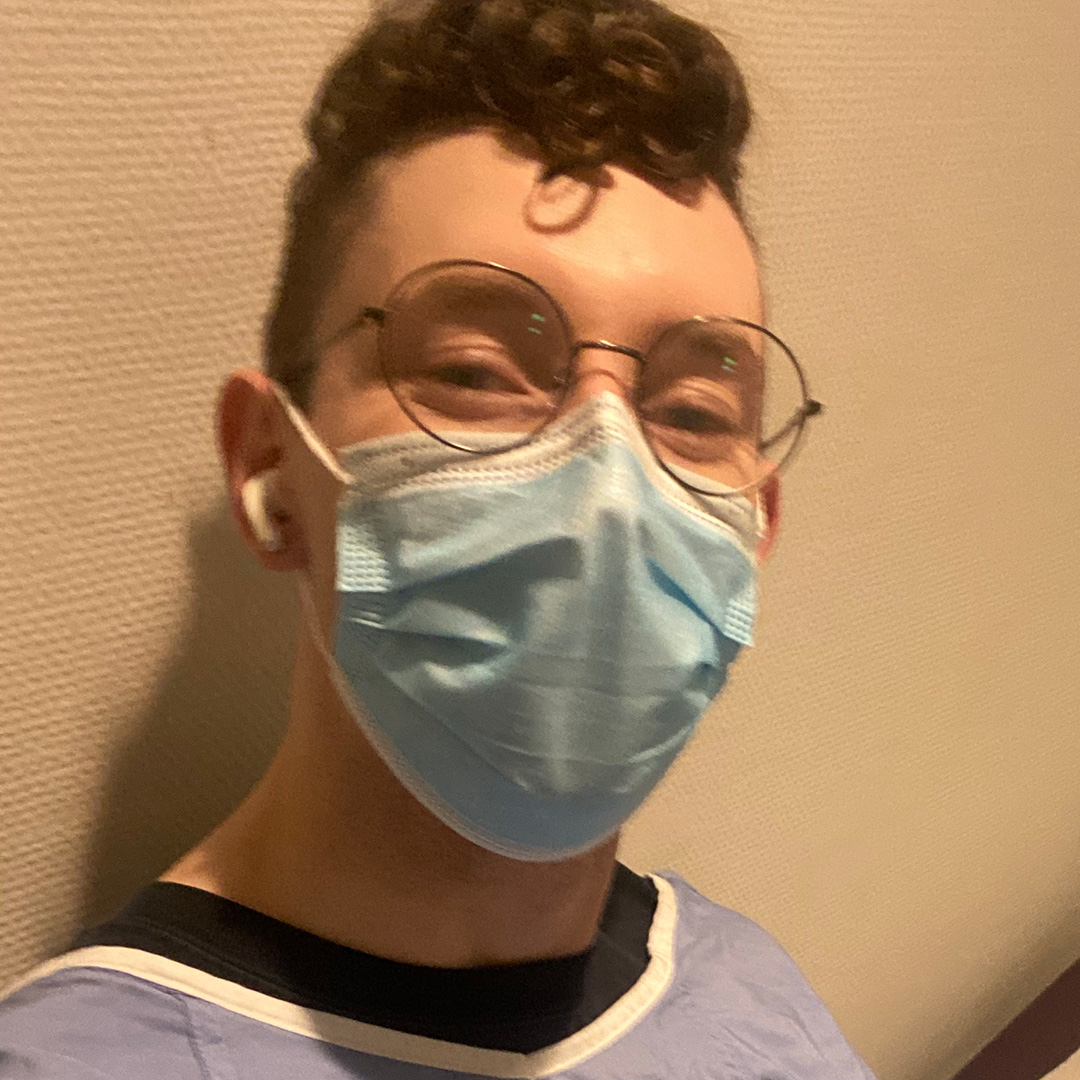 I work as a professional dancer. Between January and April 2022, I was in contact with a lot of people with the dance company, and I avoided going home given the high risk of COVID-19 infection for my mother, who is immune compromised.

With everything going on I needed some release, so I visited the bathhouse in Toronto a few times over the course of a week. Some days later, I got a cough, but having just finished a quarantine for COVID-19, I was performing again. It became so bad that I injured my ribcage from coughing hard after a performance. That was on a Saturday, and by Sunday night I fell ill with severe fever, night sweats, muscle aches, and swollen lymph nodes—the whole gamut. I can barely remember what was going on because I was so feverish.

On the Tuesday I went for an STI test because I thought it might be syphilis or LGV (a more aggressive strain of chlamydia). They treated me with painful shots for syphilis, and oral medicine for chlamydia, but neither did anything to make me feel better. A couple of days later, I started to develop little red sores around my rectum so I started freaking out thinking it was herpes. I went to another health clinic that specializes in LGBTQ+ care and they thought it was either shingles or herpes.

These were early days in Toronto, five or six weeks before they even began providing mpox vaccinations here. The clinic put me on antivirals for herpes and sent away the tests. By the next morning, the pain got pretty bad and the sores had developed white dots. I’d been doing a lot of Googling and started to realize what was happening to me was mpox, so I went to the hospital. It required filling out an 11-page document to get the test, and the doctor was pissed off for having to do so much paperwork and contact tracing given how slammed the ER was. The result came back in a few days for orthopoxvirus (a genus of DNA viruses that infect humans and animals), and then that result had to go to Winnipeg to be tested for mpox. At this point, there was a delay in getting the materials to Winnipeg, so it took nearly three weeks to get a positive result. I guess my bussy is hazardous!

They sent me home on the Saturday evening, and within 12 hours the pain got excruciatingly bad. I’ve never experienced pain like that before, and I’ve had a lot of nerve pain from various dance injuries. It’s a creepy, crawly kind of pain that you can’t control, and I couldn’t find a comfortable sleeping position. I went back to the hospital to ask for pain medication, but while the meds took the edge away, they didn’t do much more than let me sleep for a few hours. But as one of the first diagnosed cases, I received great care and attention from Dr. Darrell Tan, who’s also an HIV/AIDS researcher at St. Michael’s Hospital.

Toronto Public Health called and told me to isolate. I was one of their first cases and in all honesty, it most definitely felt like it. They were really scrambling and going overboard as they really had no idea what they were doing. At one point, they were even asking me to triple bag my garbage, so a hazardous waste removal service could come to take the hazardous bussy waste away. I could barely walk around my apartment—the sores were bleeding and pussing so badly. Most of my sores were in my rectum and on my butt cheeks, but I also had one on my foot so I couldn’t walk and others on my face and arms.

I lost all of my work for the month, and was freaking out about money and rent. The mental stress was awful. I didn’t have a bowel movement in over a week. I would push and push and nothing would come out and it felt like razor blades. I wasn’t eating that much and a lot of my friends were out of town, so I had trouble getting food.

I typically post a lot about my sexual practices online, including the week of my sex bender, but when I got mpox I didn’t know how to broach the conversation with my followers. Some figured it out, and someone from the CBC reached out and asked if I would talk about my experience. I’ve since done several appearances with national print, radio, and television news outlets across Canada. Since the first story aired on CBC, I received so much hate and angry messages from strangers online, including anonymous messages telling me things like I should die by the sword, that I’m a whore, and that I had the “fagpox.” I’ve never experienced hate like that before.

Simultaneously people started donating money to me, just making random e-mail transfers. And still, every day, I get messages from people concerned that they’ve also caught monkeypox and don’t know what to do. The stigma within the community is real—both a massage therapist and hairstylist asked if they could touch me without catching it, after several negative test results. In the end, they put gloves on.

I was trying to get assistance from Toronto Public Health with hardly any luck. The lack of support that people with mpox are getting right now is ridiculous. I was shocked by how disorganized they were, particularly because Montréal is just a few hours away and they had already been doing this work for weeks.

Toronto Public Health put out a call about somebody who’d been to Axis Club and Woody’s Bar on certain dates, and I thought they would do the same for me considering the circumstances. I visited the bathhouse nearly daily for a week. When I go, I am typically blindfolded and I engage with multiple people. I clearly contracted it early in the week at the bathhouse, based on when my symptoms popped up. I know for a fact I gave it to multiple people later in the week just hours before I fell ill but they made no such call on social media to alert those who were also at the baths the dates that I was.

I wear chastity full time, and my hole is my sexual organ. I haven’t been able to engage sexually since because there’s still a lot of discomfort, inflammation, and blood. I’ve been very embarrassed about the red dots that are still on my body from where the pox were, including when at the beach. When people recognize me, sometimes they thank me for coming forward with my experiences, while others point and don’t want to get too close. I have a strong support network and I don’t care what anyone thinks. All I want to do is advocate for the lack of resources and support available to myself and others with mpox.