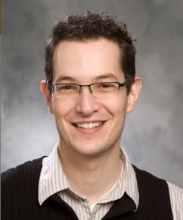 I was working as a counsellor in a mental health service at the local LGBT Youth Centre, and realized that a lot of the youth there were suffering from anxiety, depression, and other forms of stress due to homophobia and other forms of oppression.  I wanted to do something about it that could integrate good service provision with research evidence based practice.

Some of our data suggest that anti-gay bullying and harassment experiences have a very negative effect on gay men’s mental health, and possibly on their sexual health as well.  However, despite the added stressors we experience as gay and bi men, I think we also need to pay attention to positive social determinants of health, and that is a part of what we are examining in our current study on Gay Strengths.

One good text is: “Unequal Opportunity: Health Disparities Affecting Gay and Bisexual Men in the United States”.  It is a text by Richard J. Wolitski, Ron Stall, and Ronald O. Valdiserri, all gay researchers who have used gay research to try to understand how to promote positive change for our communities.  Despite the U.S. focus, I think the text is 95% relevant to our experiences in Canada.

Probably dancing until the late hours at Blu, a late-night club in Atlanta, with my friends when I lived there.

It changes over time.  Right now, I’d want to know what was their biggest struggle in life, and how are they struggling to overcome it or how did they overcome it.

I am not sure that perfect is the goal.  From the psychological data, we know that good relationships involve a lot of high quality communication, and a sense that each partner gives to the relationship so much that the relationship can tolerate “bad days”.

The role of my work is to collaborate with community members and other researchers to understand more about the experiences of gay men, and to create sex-positive, gay-positive programs that are attractive to men and that lead to increased mental and sexual health and well-being.

Harvey Milk.  He was a pioneer in gay rights when there were few willing to stick their necks out for gay rights.

I’d like us to move beyond understanding gay men’s health in research into creating effective programs that have a positive effect on the health of gay men broadly defined.