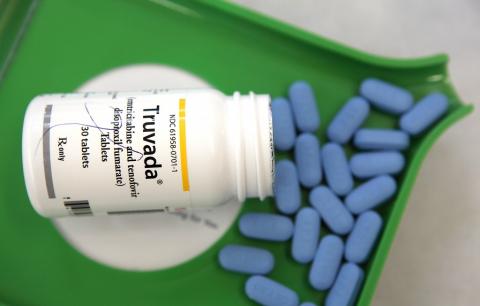 We call on the provincial government to begin funding Pre-Exposure Prophylaxis (PrEP) as an HIV prevention tool, effective immediately.

British Columbia has led the world in providing access to HIV treatment, however the virus continues to disproportionately impact our communities. Gay, bisexual and other men who have sex with men (gbMSM), including trans and two-spirit men make up more than 50% of infections in BC, a number which has not changed over the last decade. What has changed is the number of young gbMSM aged 20-24 diagnosed with HIV, which nearly doubled from 2012 to 2014. HIV diagnoses among ethnic minority gbMSM has also increased over the past decade, representing over a third of all cases.

The use of emtricitabine/tenofovir (TDF-FTC) for PrEP has been proven to prevent HIV in both clinical trials and real-world settings, and was approved by Health Canada for this purpose. PrEP is provided at no cost in San Francisco, Los Angeles, and New York City, and it is also publicly covered in Quebec. However, in British Columbia, Pharmacare still does not cover TDF-FTC for HIV prevention. Without public access, the most vulnerable individuals will not have access to this effective prevention tool, and British Columbians will not realize the decreases in new HIV infections being reported in cities as a result of access to combination prevention strategies, including PrEP. Given this government’s commitment to harm reduction, we are asking you to direct BC Pharmacare to immediately offer full coverage for TDF-FTC for HIV prevention.

On January 24th 2017, Mr. Horgan, opposition leader at the time, spoke to the need for PrEP, saying “Give people the medical devices that they need to protect themselves, and you’re going to reduce costs over time.” We couldn’t agree more. Every year more than 250 British Columbians get HIV, costing the healthcare system millions of dollars in treatment costs. We know making TDF-FTC publicly available will prevent HIV diagnoses. Adding PrEP to Pharmacare is not just the moral thing to do, it is the cost-effective thing to do.

As organizations that serve vulnerable populations, we know that PrEP works, and that stigma around talking about sex, HIV, and being gay is a continued barrier to reducing HIV diagnoses. We know more than ever about how to treat this virus and how to

prevent it. Now is the time for this government to act. We share Premier Horgan’s hope that BC will cover PrEP as a medical service and that British Columbia will continue to lead Canada and the world in HIV elimination.

And the physicians at Spectrum Health in Vancouver:

It has been over thirty years since the first reported cases of AIDS were identified in gay, bisexual and other men who have sex with men (MSM). In British Columbia, MSM continue to bear the brunt of the HIV epidemic, making up over half of all new provincial HIV diagnoses each year for the last decade.

Strategies to prevent HIV infection in MSM have undergone significant advancement with the completion of studies evaluating HIV Pre-Exposure Prophylaxis (PrEP). Here the use of an antiretroviral medication (Truvada) has been shown in clinical trials to reduce the risk of someone becoming infected with HIV by at least 90%, and data from studies in the United States (US) suggest that PrEP may offer protective benefit as high as 98%. PrEP means someone takes the medication on a regular basis prior to any exposure occurring, compared to post-exposure prophylaxis (PEP) which is used after an exposure has occurred. PrEP has been available for use in the US since 2012, and is now the standard of care for HIV prevention in MSM in many countries around the world. PrEP

has been approved for use in Canada in 2016, but is available only through a small number of private insurance plans in British Columbia at this time.

Over the last 10 years, British Columbia has been at the forefront of HIV care in Canada, with expanded testing and free access to life-saving antiretroviral therapy. The Province has committed to ending the HIV/AIDS epidemic, in line with goals set out by the WHO and UNAIDS. Securing public funding for PrEP in BC will bring our HIV prevention strategies into alignment with current global recommendations, will save lives and improve the health of MSM in British Columbia, and will keep us leading the country in delivering innovative HIV prevention and care programs.