Upon hearing about the Summit Rapporteur Creators program through a mutual friend on Facebook, Luca was able to attend the opening plenary of the Summit titled “Resistance and Resilience Through a Two-Spirit Longhouse'' featuring the teachings of Bill White and Florence James. Luca appreciated that the Summit opened with storytelling and teachings that set the tone of the conference and highlighted the importance of community and culture. The Two-Spirit and LGBTQ+ communities coming together to learn about each other through kindness and empathy deeply inspired Luca and the painting they created. The theme of reflection stood out to Luca, especially when they learned about new topics like HIV self-testing and how it will impact the undiagnosed and other community members who do not have regular access to testing services. Taking what they learned from the conference, they named their painting “Reflection.” 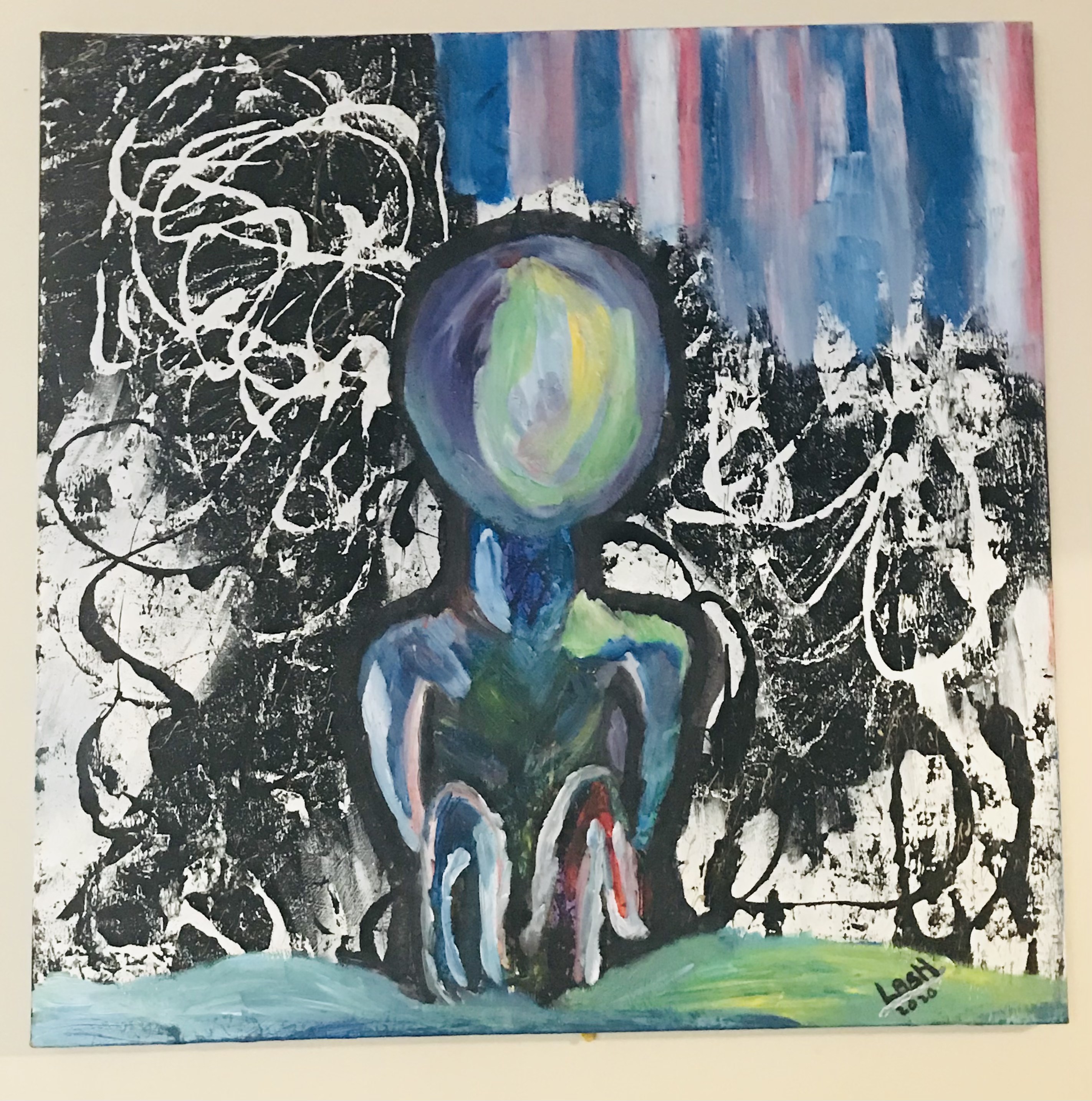 Luca explains that the image is comprised of empty space and a genderless individual sitting and reflecting. The intention behind this was for viewers to get lost in the painting and find their own meaning within it. The emotions that are elicited from viewing the painting are meant to be different for everyone, similar to how the conference speaks to a number of communities and issues. Luca wanted to represent how the 2SLGBTQ+ community can take up space in a positive way through taking back our power and belonging in the world. As the summit came to a close, Luca valued the new connections they had made as it was very meaningful to feel connected to the community again despite the ongoing COVID-19 pandemic. Through being connected, Luca feels empowered to help build connection within and beyond their communities in Winnipeg. After participating in the Summit Rapporteur Creators program, Luca feels that the program has benefited them personally through connecting them with their own heritage and culture and is looking forward to attending in-person in the near future.

Buna Ziua, my name is Luca Roma Andrei Gheorghica. I am genderqueer. I was born in Bucharest, Romania and adopted at age 3.5 years into a Canadian family. I'm learning my culture and discovering my Romani roots. I’m now 33 years old. I started public speaking at age 10 and from there I learned that public speaking is a deep passion of mine. I love to create art whether that be as a drag king to painting to leading workshops to writing speeches. I was diagnosed with an eating disorder which is now manifested into schizophrenia with complex PTSD and DID (dissociative identity disorder) at the young age of 13. I’m now an advocate for mental health illness and was the spokesperson for United Way of Winnipeg. I am also now volunteering with the University of Manitoba through PACA (Poverty Awareness and Community Action). I help facilitate workshops leading / teaching students the importance of poverty and how to change poverty in Winnipeg. I am also part of an amazing drop-in program at Sunshine House Winnipeg who I now call my queer family. Some of the topics I speak on include gender equality, gender pronouns and the importance of pronouns, lived experiences as queer people and mental health. When I speak, I speak for those who feel they have no voice or community . I speak for those who are no longer with us and speak on behalf of queer and transgender health. Communication is key; without communication we have no CommUnity. 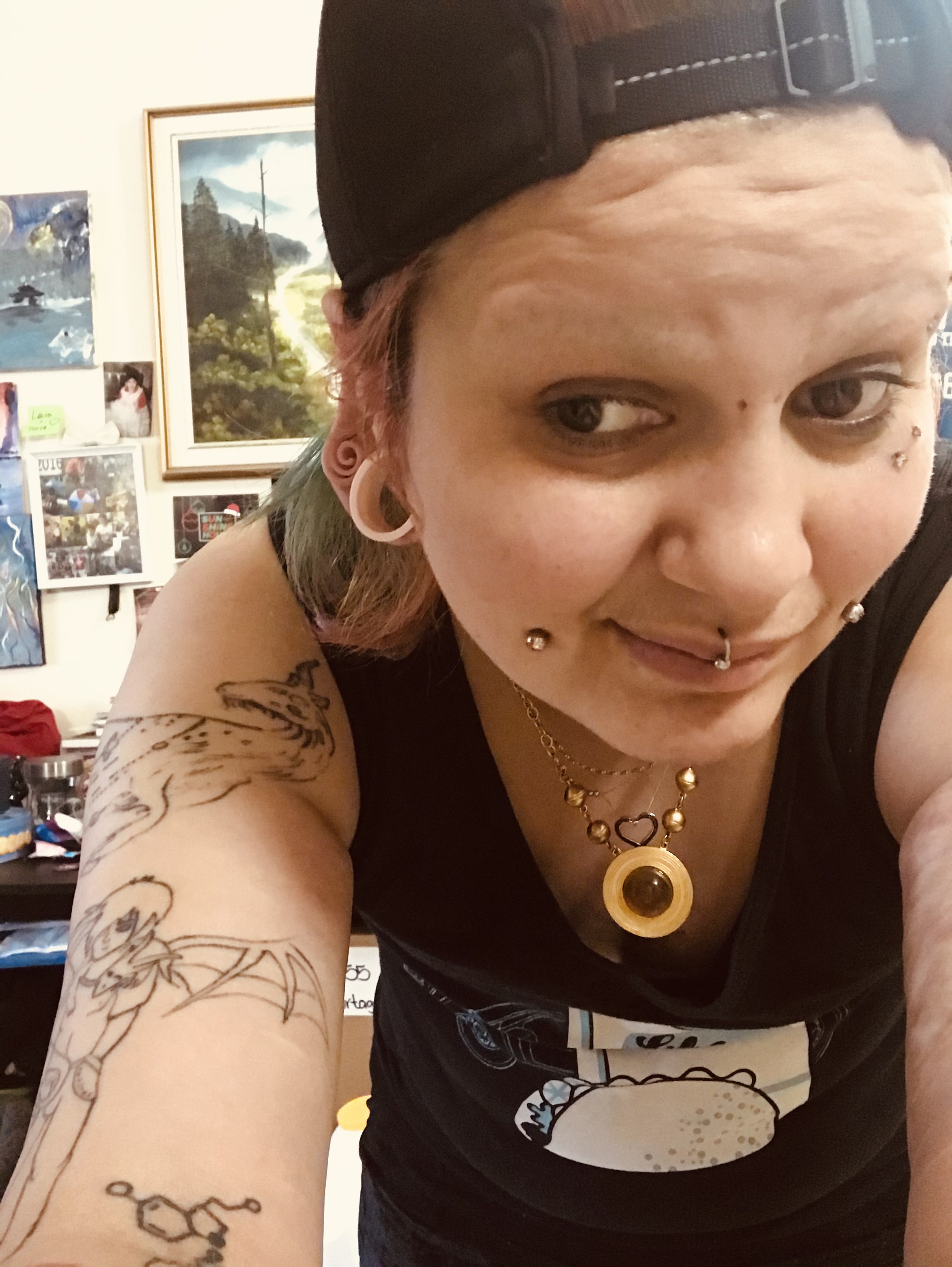