Reflections on Bill C-4: An Advocate and Survivor’s Take on the New Federal Conversion Therapy Ban

As of January 7, it will be illegal to practice or promote conversion “therapy” in Canada, thanks to the swift passage of Bill C-4 by Parliament last month. By making the practice and promotion of conversion therapy a criminal offense, the new law sends a powerful message that attempts to change, deny, or suppress the sexual orientation, gender identity, and gender expression of queer and trans people is wrong.

It’s a major victory for survivors, advocates, and researchers who have dedicated themselves to ending the practice that has deeply harmed and traumatized 2SLGBTQ+ people in Canada and around the world. For CBRC’s part, we are extremely proud of the role that Sex Now data has played in the passage of the bill, including describing the prevalence and impact of conversion therapy in Canada.

But it’s also an intensely personal moment for me, as a survivor of conversion therapy myself. After coming out to my family when I was 19, I was referred to an ex-gay Christian therapist, where I participated in phone counselling sessions designed to help me “manage” and suppress my homosexual feelings and urges. I didn’t tolerate the sessions well, and after a handful of sessions and intense fights with my family over this supposed “therapy,” I tried to take my own life. 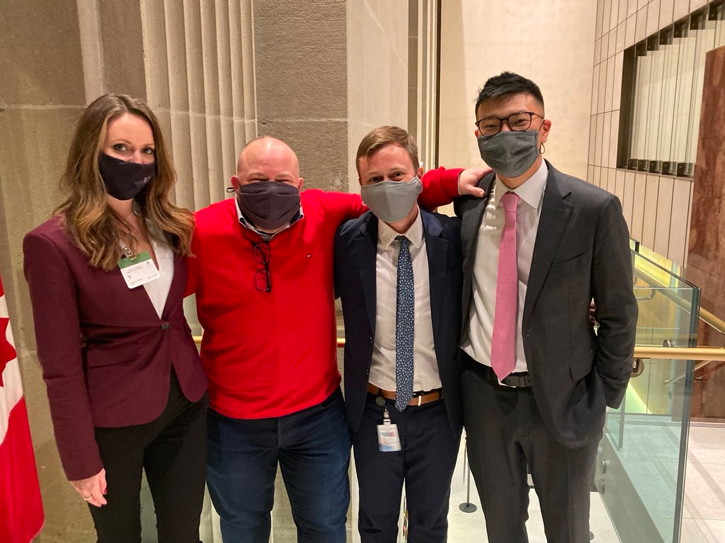 While I’ve experienced the shame and trauma that so many survivors have spoken powerfully about, my story is also one of renewal, growth, and empowerment. At the end of an extremely destabilizing year after coming out, I stumbled onto a job posting with CBRC for a youth sexual health leadership project, which opened new doors and possibilities that were previously unthinkable to me. I’ve since made amends with my family and have made peace with their insistence on conversion therapy as a seriously misguided belief, fed to them by the church we belonged to.

There are a lot of complicated reasons as to why I’ve hesitated in sharing my story. I have a lot of pride from building a career out of queer health research and advocacy, but it also comes with some guilt knowing that I’ve had access to opportunities and support that so many survivors need but haven’t received. I’ve also been reluctant to identify as a survivor as I didn’t feel that my experiences as a racialized person from an immigrant family were reflected in the dominant view of what a conversion therapy survivor looked like.

But now with the new federal conversion therapy law coming into force, the time feels right to speak up. While the ban is a critically important step in curbing the most visible forms of conversion therapy, the ban alone will not be sufficient in dismantling the systemic homophobia and transphobia that conversion therapy emerges from. As much as we need to rid our society of bad actors peddling harmful and fraudulent ideas, we also need to push for policies and initiatives that will create the affirming communities that we know queer and trans people need to thrive. That will provide alternatives rooted in love and acceptance to families like mine.

So while we celebrate the fact that conversion therapy will soon be illegal in Canada, this is also a moment to reflect on the important work that remains, both to further prevent conversion practices from taking place, but also to support survivors and strengthen communities. To ensure that survivors can access affirming, life-changing supports and opportunities that have helped queer people like me.

In speaking a bit about of my experience, I hope that it encourages other survivors to continue sharing their stories as we work to build a better world for people of all sexualities and gender identities. It’s never too late, and your story matters.

By Michael Kwag,
Director of Knowledge Exchange and Policy Development