Welcome to the Dream World 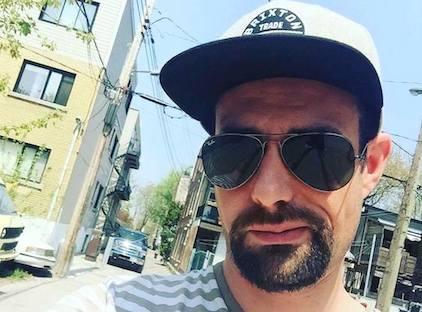 Ok, Stigma, I’ll take a stab at defining it. It’s a word derived from Greek which according to Wikipedia means “the extreme disapproval of (or discontent with) a person or group on socially characteristic grounds that are perceived …” I see, blah blah blah …

Let’s get away from definitions for a moment. Allow me to introduce myself! I’ve been working with the Canadian AIDS Society for some time now as the regional representative for Quebec, but also in the Society’s National Youth Council, and now as part of the project Resist Stigma. Each one of us has our own definition, a way of looking at stigma. I’ve selected a few quotes, experiences which will be able to help us better understand. These definitions come from the youth who wished to participate in the project.

B. P.:  “I define stigma as an internalized fear based perspective which is predominantly present when I am feeling vulnerable.”

C. C.: “Stigma is enduring; it is toxic; it is an idea; a feeling. Stigma can be thought of as an ideology—an intangible thing that exists on the systematic and systemic level. It is influenced by prejudice and discrimination that perpetuates negativity … Why is stigma so bad? It transgresses into our political system, through the creation of policies and laws that directly or indirectly affect the lives of the stigmatized group(s). Even further, stigma breaks down our barriers and makes us feel worthless, ultimately contributing to mental illness, suicide, harassment and even murder.

A. B.: “Stigma is that gnawing feeling in your guts that you get when you know that you cannot bring your whole self to an interaction. Whether fueling up at the gas bar for a nice drive on a sunny day, applying for a job as a youth worker, going into the service New Brunswick government office to replace your ID, or even hanging out in a buddies living room in Halifax on a Friday night chatting over a couple of beers. Stigma is omnipresent … Including HIV Stigma, stigma for being trans, stigma for being poor, for being a sex worker, and definitely for being a queer man in a maritime village. Stigma is knowing where all the exits are before you even go in.”

J.-F. G.: “This is how I see stigma: it’s a line that can be physical or imaginary, subtle or obvious. Exclusion, a way of singling out an individual or a group of people, categorizing them and setting them apart. It’s also a way of refusing to learn, to be more open, to understand. Stubbornness. Generalizing.”

Stigma appears everywhere, even where you wouldn’t expect it to. A young PLWHIV told me about one time he had to go to the emergency room in a rural town. He went to the triage nurse who asked him the routine questions. When she came to the question about his status, the nurse wrote HIV in red in his file and circled it to make it even more visible. Suddenly, because of the medical worker’s indiscretion, he felt singled out. This is not the only testimony like this that I’ve received. Ironically, you would expect the health sector to be the most open of anyone about this sort of thing. Many people have had experiences in which health professionals or family doctors acted wary or even aggressively towards them.

These testimonies shows that stigma has a dehumanizing effect in the same way that racism, xenophobia, homophobia, transphobia, serophobia, antisemitism, islamophobia or discrimination against the poor do. In 2016, the LGBT youth community still suffers from this prejudice and its impact. You, me, we’re all different, so how would we make a world without stigma?

We would probably be living in a dream world in which things like race, sex, gender, class, and sexual orientation wouldn’t matter anymore. In this world, people living with HIV wouldn’t be defined solely by their status. I’m reminded of a young PLWHIV’s testimony; he often looks at himself in the mirror holding his ART pill between his teeth. He sees the image of a person who is no different than any other because it’s not through his status that he sees himself. Along with the word “perseverance” as his mantra, it’s his own way of fighting against stigma.

We’re a long way from that world, as pointed out by Albert Einstein when he said “It’s very depressing to live in a time where it’s easier to break an atom than a prejudice.” Stigma is a factory that manufactures differences in order to justify devaluing human beings. And you, what would you do to fight against stigma?