This Valentine’s Day, we suggest candles, mood-setting music, and a chilled bottle straight from the fridge. And no, we don’t mean champagne.

Last fall, CBRC launched a national advocacy campaign to address the country’s outdated and misinformed prohibition on alkyl nitrites, calling upon the public to write letters to their MP and the Minster of Health asking to overturn the ban, and share with us their stories of how the poppers crackdown has impacted them personally. So far, more than 600 people have taken up the call and sent a letter. 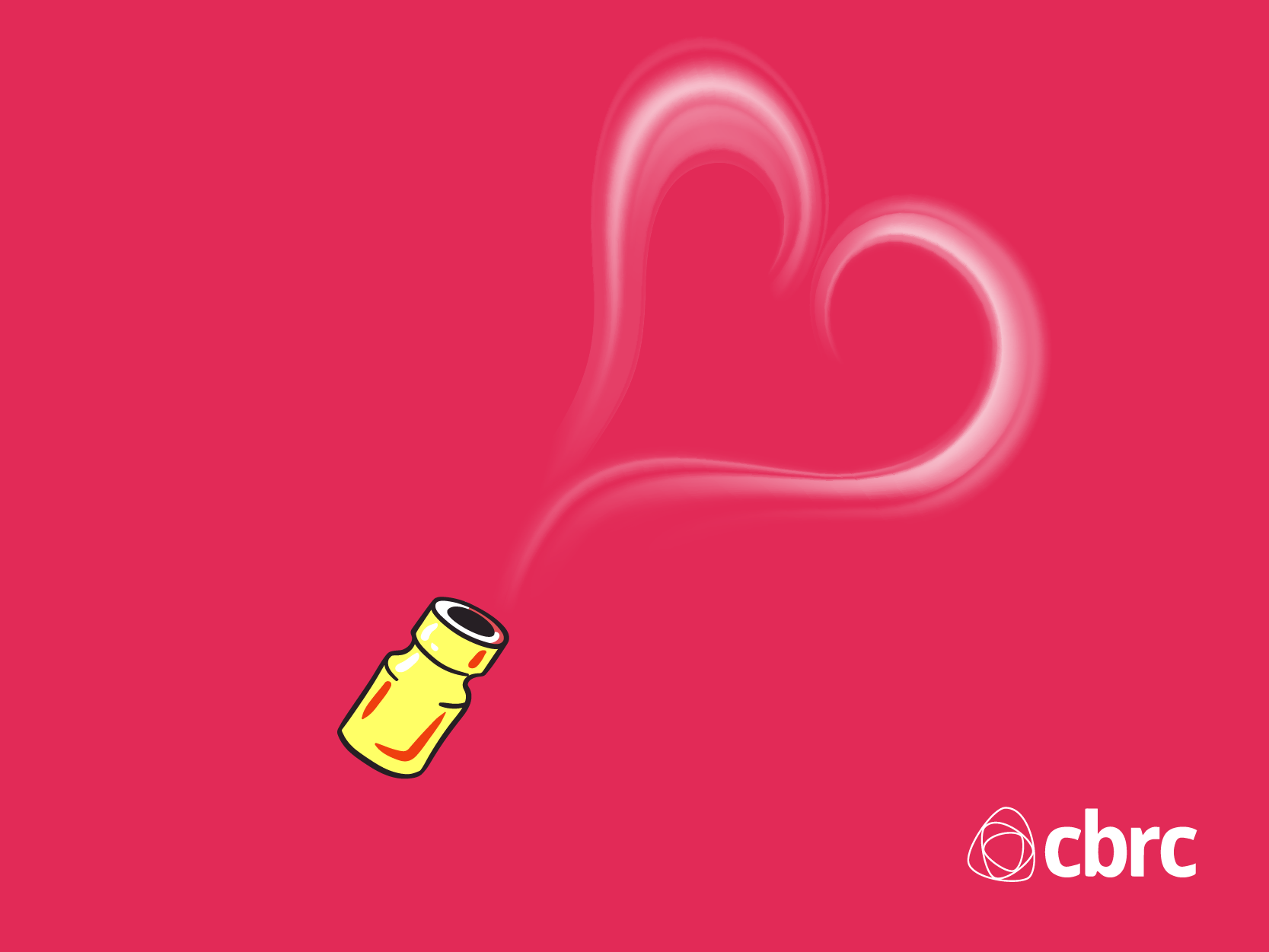 These actions have delivered some tangible results from surprising quarters. Following CBRC’s outreach letter writing campaign, Conservative MP Michelle Rempel Garner of Calgary called upon Health Canada Minister Patty Hajdu for a review of current poppers regulations, garnering considerable media attention from beloved queer publications to the CBC. Similar letters from the NDP and Liberal parties put poppers in the spotlight, calling for a national review and placing poppers as a bonafide election issue in Canada, a true cause célèbre we can all get behind.

For CBRC Evaluation and Advancement Director Len Tooley, looking ahead is the best way forward. “We are committed in the long-term to continue strategizing and working towards a safe, accessible and equitable poppers supply because we know that poppers are important to a lot of people’s sex lives. People have been using poppers safely for decades and should be able to continue doing so,” he says.

Turning attention into action, CBRC has joined together with the BC Centre on Substance Use and the HIV Legal Network, forming a coalition to examine various options to enable a national safe supply in Canada. The working group is developing a policy brief that calls in the on-record commitments made by the Federal parties during the election. Tooley stresses the need for a thorough framework to act as both a tool of both advocacy and policy, stating, “We’re thinking of whatever the most likely solutions to the poppers ban might be – which could range from simply ending enforcement all the way to legalizing poppers along the same lines as alcohol and cannabis – and we’re aiming to have all of the information, resources and language that a policymaker would need to do their job quickly.”

Working group members, led by Cameron Schwartz, also recently published a paper in the International Journal of Drug Policy entitled “Queering poppers literature: A critical interpretive synthesis of health sciences research on alkyl nitrite use and Canadian policy,” making the point that current Canadian legislation is based more on long-held prejudices, such as drug stigma, homophobia, and heteronormativity, than on objective measures of assessments of health risks and outcomes.

For Tooley, knowing just where to apply governmental pressure has “been a constantly changing target,” yet eliminating stigma and harmful stereotypes has also been a cornerstone of CBRC’s work on lifting the ban. From the outset, one of CBRC’s primary tactics in tackling stigma head-on has been a focus on poppers advocacy from within the GBT2Q+ community through the collection of stories from those affected by the poppers ban. Through our ‘Tell us your story!’ page, more than 50 poppers users from across Canada have submitted their experiences and challenges with the rules presently in place. And through their stories, CBRC has determined several themes important to the country’s poppers users.

While many responses mentioned enhanced pleasure as a primary factor behind poppers use, many stories also showcased alkyl nitrites’ important role in individuals’ and couples’ sex lives, playing a vital part in their romantic relationships and in heightening sexual connection between partners. For one respondent, “they genuinely help me relax mentally and physically […] able to better be a receptive partner for anal sex. Their use helps ground me in the current moment and be more fully aware of physical sensations.” For another, poppers also played a role in their chosen methods of safer sex practices, adding, “As I have aged, I find a little poppers also help me get and maintain a firm erection, which is important for proper condom use.”

More distressingly, however, many submissions referred to a lack of information for safe use due to poppers’ reputation as illicit substances, causing a direct reticence to discuss their use with healthcare professionals. One respondent said, “I’d like to know if poppers are even dangerous when used properly. There is no information! I’d actually be more dissuaded from using poppers if I knew of a risk or detrimental effect—they seem to be banned for allowing the user to briefly feel euphoria.” Another added, “I’m lucky to have a queer-positive family doctor, and we’ve even [been] able to talk about it. But the burden was on me to start that conversation, and I bet lots of poppers users don’t have such queer-positive medical professionals.”

“We need to get the public on board and change the narrative,” Tooley says. “One way of doing that is recognizing the importance of poppers to aid in sexual function. Enhancing enjoyment and pleasure during sex is valuable in itself. They also help prevent pain and injury during sex, as well as facilitating sex. As someone once said to us, poppers are like Viagara for bottoms!”

Through legalization and improvements to labelling and harm reduction information, the end result CBRC is aiming for is both an increase in quality and reliability of the Canadian poppers supply and continuing the challenge of discriminatory stigma, and encourage the celebration of queer men’s sexual cultures.

And on the annual day of sex and love, that’s something worth celebrating.

Find out how you can play a part in helping to end the poppers ban.