A Life Course and Gay Marriage 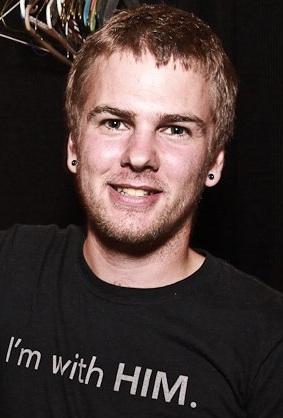 "So, is it different being married?"

When people ask, I usually say, "Yes, now I have decent appliances!" Or, “Sure! This extra debt is very rewarding.” Or better yet, “Absolutely, now we can claim our cat as a dependant.” It's easier to say something snide since I still don't really have a thoughtful or heartfelt answer to this — at least none that I'll admit to.

My husband and I are constantly peppered with that question from the Marrieds and Unmarrieds alike. I get it, my husband and I are freaking adorable, we deserve to be studied. Married people will ask it in a vaguely condescending way, like when an adult asks an eight year old how it feels being eight. Unmarried people typically ask the question with hearts in their eyes. They want me to affirm their dreams, that marriage enhances our lives. "Yes, now our love is stronger, chocolate does taste better, and I ride a unicorn to work."

Sarcasm aside, I've been with my husband for long enough that it’s hard to notice subtleties in our everyday lives. So no, I haven't really changed, but you have. That's right; it's not me it's you. You've gone from joking that I'm practically married, to asking when the wedding is, to telling me how excited you are about it — and now that the big day has come and gone — to asking my husband and I that silly question.

It's nice to hear. I like the way it rolls off my tongue and into the hearts of terrified evangelicals and run-of-the-mill bigots. They’re right to be afraid too since marriage equality has started changing the world. It has become more inclusive and less awful, which really helps to undo the damage caused by a lifetime of heteronormativity.

I remember it wasn’t a big deal when my older brother came out as straight by taking a girl to his Grad formal. The whole family came out to see the two of them.

"One day that’ll be you!” Someone assured me. I think they meant it as a hopeful promise, but all I could hear was overwhelming familial pressure. I remember the special blend of terror and apprehension about visualizing myself with a girl, or worse with a boy. I knew it would never be me.

Back then, shame and fear meant that I could barely open the newspaper to read about Marc Hall taking his boyfriend to prom or the murder of Aaron Webster without becoming anxious of being found out. The thought of having to go to an event like Grad was excruciating. Instead, I placated myself with the macabre thought that maybe I wouldn’t live that long. As morbid as it sounds, suicide seemed like a comforting option. After all, there wasn’t a place for me in the world.

That was over a decade ago and things have changed. My family recognizes the value of my relationship with Bryan. They were even so bold as to heckle me at the rehearsal to remind me that I should try and look happy at the wedding. I now understand where I get my sass from and appreciated their scathing affirmation.

It worries me however, that the freedom to marry may become confused with the obligation to marry. Years ago when all we had were our gay cards and urban legends of same-sex couples celebrating their 25th anniversaries, the idea of validation through matching gold rings was simply unfathomable. But how will our baby gays react to marriage equality?

As good as it may seem, I think it's a reductive and quite frankly regressive means to an end. It's problematic that so much of our understanding of equality is apparently contingent upon the institution of marriage and not our own inherent worth. Obviously if it helps to prevent or alleviate harmful thoughts, feelings, and actions it’s a good thing, but what if we win the battle of tolerance but lose the war of acceptance? Or what if we win the war, but forget our allies?

Calm down straight people, I’m not talking about you. I’m talking about the other letters in the alphabet soup of our community. Gays march slowly toward legal equalities, but the rights of – or even existence of – trans, intersex, or asexual people are often denied. How can I allow myself to be, and even enjoy being married to my husband?

When I saw an old acquaintance for the first time since getting married, he congratulated me but prefaced it with the declaration that he doesn’t believe in the institution of marriage. We're both ambivalent about it to some degree, but this one time, I didn't want to have to hold myself to a higher standard. I didn’t want to be a role model. I just wanted to be happy, and I recognize that being married to the man I love makes me happy.

“So is it different being married?”

Yes, now I come home to my husband who, as he always has – even when he was just a paltry boyfriend – provides me with comfort. My husband who listens to my anxieties, which for the past year has been almost entirely about the wedding and associated decline of my appearance, and tells me it’ll be okay and that I’m still pretty. My husband humours me when I make an astoundingly bad pun and tolerates the jokes I make at his expense. Buffoonery aside, we love each other and given the opportunity to get married again we would, especially if there are gifts.