Help fight for a better response to HIV, hepatitis C and other STBBIs

HIV infections are up (11% in the past decade) despite highly effective testing, treatment and prevention methods. Significant outbreaks of syphilis and gonorrhea are causing alarm.

Help reverse these trends by sending a letter to the Minister of Health and your Member of Parliament.


What is the letter about?

Despite growing case numbers of HIV other STBBIs, the federal government’s response remains critically underfunded. Funding for the federal Community Action Fund have stagnated, with no additional money attached to the government’s 2019 STBBI Action Plan.

A lack of funding means that local and community-based organizations who test, treat, educate about and help prevent these infections must do more with less. Services for people living with HIV and/or hepatitis C get scaled back, undermining prevention and support efforts.

Write to the Minister of Health and your MP calling for more funding.


Why is this the federal government’s problem?

It’s the federal government’s responsibility to prevent diseases from spreading and respond to public health threats. Beyond that, the Government of Canada has made global commitments to reduce transmissions of these infections – including to the World Health Organization and the United Nations.

In 2020, Canada failed to achieve its targets and is not on track to meet its 2030 commitments.

As well, next year Canada will host the International AIDS Conference in Montreal. It’s time to back commitments up with action and, specifically, the necessary funding.

When funding isn’t provided, who is impacted?

STBBIs can impact everyone, but the government’s failures are hurting certain communities more than others.

For example, HIV continues to disproportionately impact Black, Indigenous and racialized Canadians, as well as gay, bisexual and queer men. Half of all HIV diagnoses in 2019 were among Black and Indigenous people, and more than half of all male diagnoses involved sex between men. More women are also contracting HIV today than five years ago. Rates of hepatitis C among Indigenous people are up to five times higher than that of the rest of Canada.

What needs to be done?

We call on the Government of Canada to:

Join us: write to the Minister of Health and your MP today.


Who is behind this campaign?

The campaign is organized by a group of community-based and human rights organizations dedicated to Canada's response to HIV and AIDS, hepatitis C and STBBIs, including: 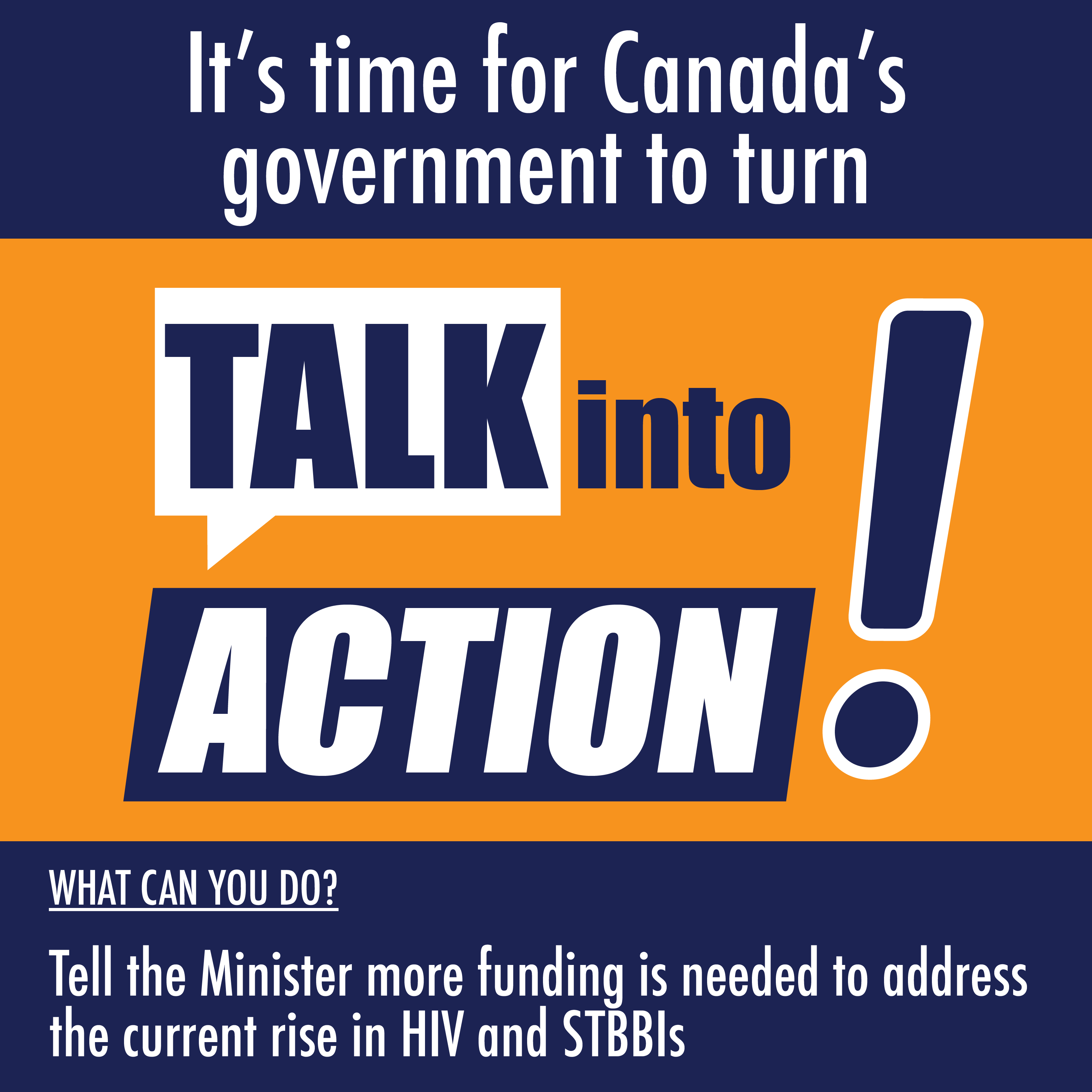 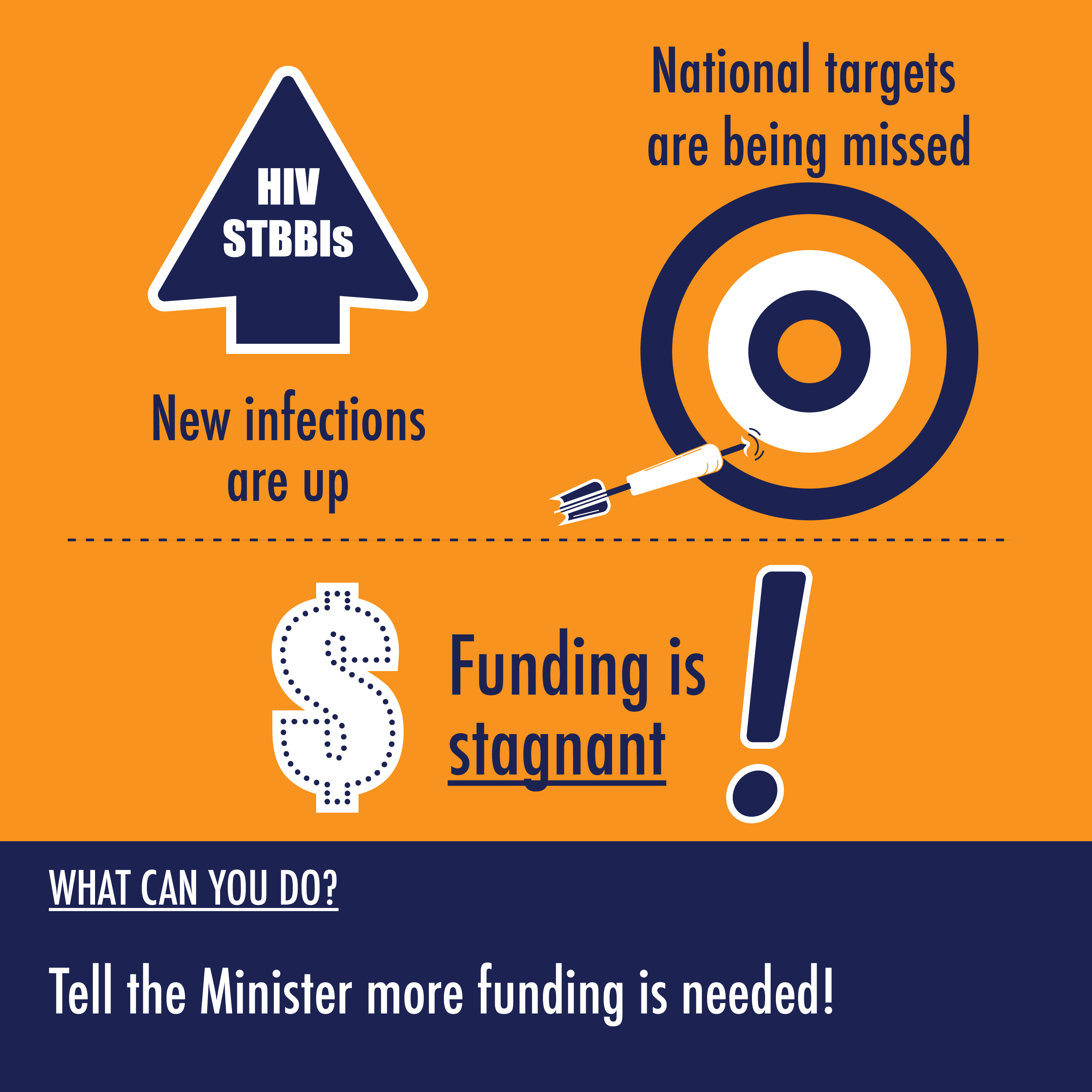 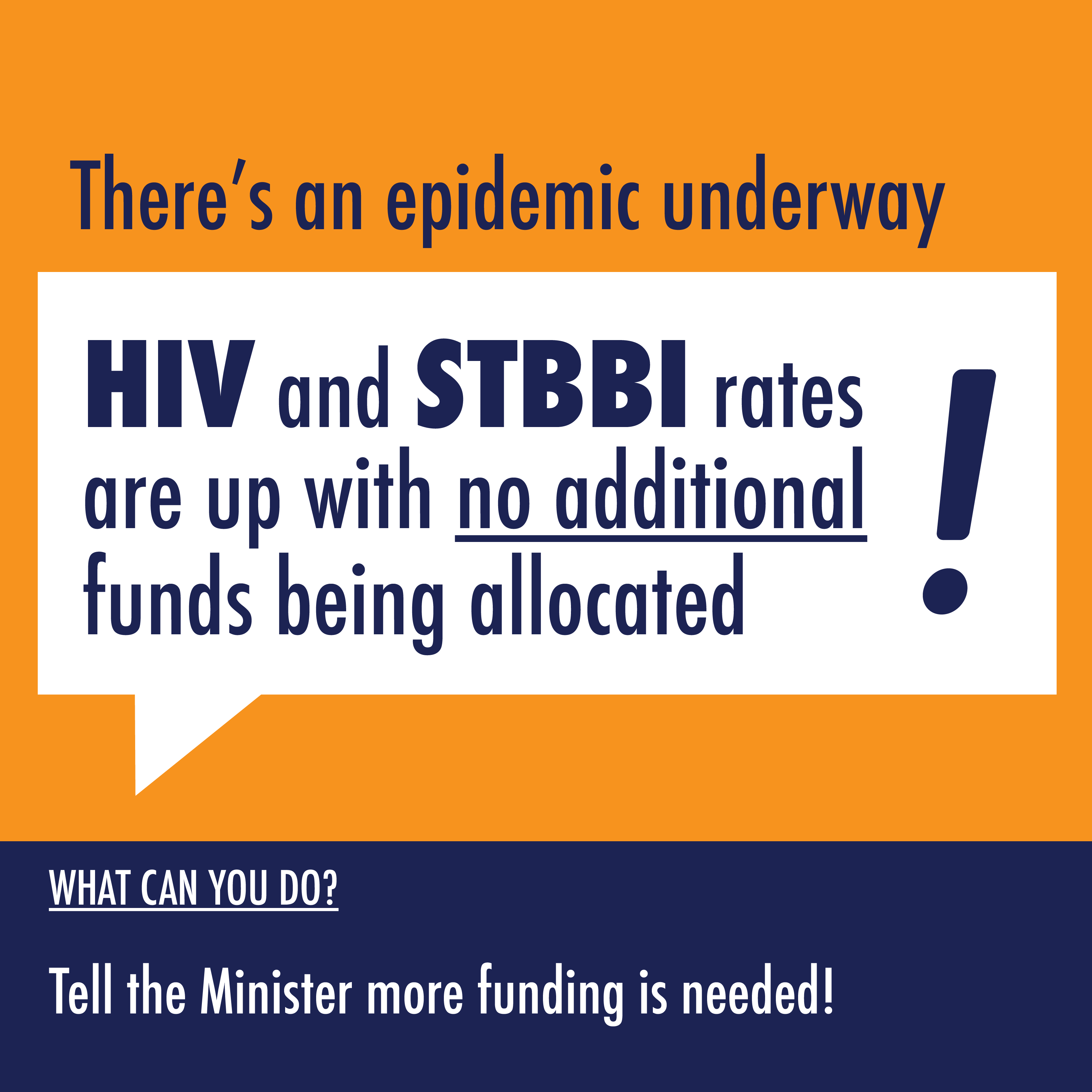