HIV in My Day: Learning from the Stories of Long-Term Survivors

On World AIDS Day, much of the global messaging remains focused on preventing HIV, often excluding people in our communities who are living with HIV. It’s also a day to remember the many people we've lost to AIDS, as well as the histories of community mobilization that have helped advance HIV care in the present. With this in mind, CBRC wants to highlight the personal stories of several long-term HIV survivors and their caregivers, collected as part of the HIV In My Day project.

HIV in My Day is a collection of over 100 oral history interviews with long-term HIV survivors and their caregivers conducted between 2017 and 2022 in British Columbia by a team of community-based researchers and peers (including some CBRC staff). These interviews focus on participants’ experiences of the early years of the HIV/AIDS pandemic in the 1980s and 1990s. 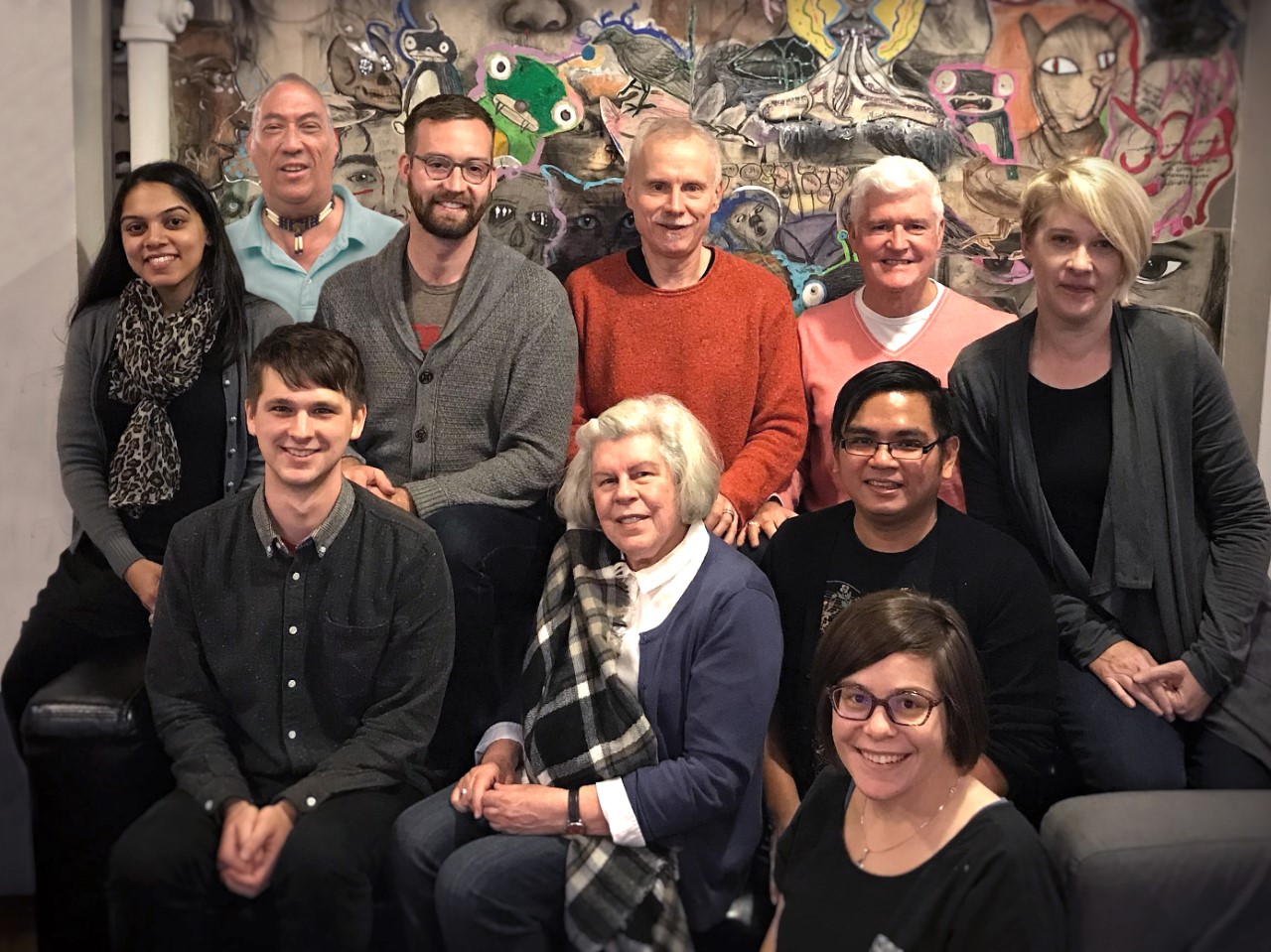 PHOTO: HIV in My Day Team

The stories collected highlight the critical importance of community-based caregiving, safe sex education, treatment advocacy, and direct-action activism in the early years of the pandemic. They also provide important insights into the necessity of intersectional and equity-based responses to health crises in our communities. Additionally, the stories emphasize personal experiences of loss and survival.

Within communities most impacted by the epidemic in Canada, HIV/AIDS is both a historical experience of loss and community resistance, and an ongoing health crisis. Oral history offers a way of addressing persistent health challenges, not just by preserving the past, but by providing insight into how current prevention and treatment interventions can be reinvigorated.

The HIV in My Day collection includes a combination of video, audio, and transcripts of the interviews. We encourage you to explore the archive and get in touch with our team if you have any questions or would like to participate (contact Ben Klassen at [email protected]).

To give you a sense of the rich stories shared by community members, here are some quotes from a few of the interviews.

“You know, like, we’re still gonna have sex. We are who we are. We’re not just going to deny a basic part of our humanness, our sexuality, so we need to find ways to have sex that is safe and find ways of eroticizing that – you know, the use of condoms and that sort of thing. I remember seeing various images, like in comic strips, of guys telling a guy to put on the condom – put it on really slowly – trying to find ways to eroticize it. Or a picture of a guy in tight jeans and in his pocket you can see a condom in the package. You know, that kind of stuff. Tom of Finland, I think, actually did one too with a condom. So, there were attempts to eroticize the use of condoms as a means of prevention, and still being true to ourselves.”

- Paul C.
Click here to watch the full interview or read the transcript.

“And then, in the Indigenous community, it eventually entered our community. And with our friends, that’s where we decided to start taking care of people who we had become friends with. We would do impromptu care teams and take turns of being with an individual on their journey to their spirit world. There was a large number of us to do it. And one of the things I want to say is it was the Two-Spirit guys, the gay men, who came together to help do the caregiving, but the next group to come along to help were the women, and in particular the Two-Spirit women, because they were their friends too, right?”

- Art Z.
Click here to watch the full interview or read the transcript.

“...in the day when people were dying and dying and dying, terrible suffering deaths, and reaching out and asking for help, and without family – it steels you, it doesn’t harden. These were the men that I had coffee with, sat around the table and made plans with. It gave me courage to beat this awful,terrible thing that was eating its way through the community and my organization. The guys that I would have to my house for coffee or for breakfast, or meet for brunch at one of the fun places on Davie Street, and laugh and watch them flirt, and watch them talk to me, but look over my shoulder … I was welcomed and embraced by many men in my life and I needed to be there and keep going. That’s what it feels like. I remember one man who I went to say goodbye to at St. Paul’s, and he was dying, and we hugged and had tears, and there were other people in the room. And as I was walking away from his bed, he said, “Jackie.” I turned around, and he said, “Please tell them I was funny.”

- Jackie H.
Click here to watch the full interview or read the transcript.

“I did not get involved in any other relationship after my partner died for the longest time. And when I say long, I’m talking about years. Partly because I was afraid. I thought, you know, “Okay, how long am I going to live?” And, if I get involved in something and invest in a relationship, how long will it last? And so, I didn’t. That plus I was not ready to publicly meet somebody and tell them I was positive. No way, not knowing how that would go. So, I sort of went into hiding for many, many years – just on my own, dealing with this with very little support, and did not get involved. And so, that did stop me from getting involved in another relationship.”

- Nazim M.
Click here to watch the full interview or read the transcript.

“I saw that ward on the fourth floor and it was horrifying. It was like, oh my god. And I saw people die by themselves which was horrific. Back then it wasn’t abnormal. We used to call them funerals and then we called them celebrations of life and they were doing them two or three times a week. You would look in the papers and go, holy cow. My generation, it’s still happening. I hear a lot of people just dying and I don’t know why that is… You see people wasting away, a lot of people in wheelchairs – yeah, it was everywhere. Where is that person? “Oh, they are in the hospital.” And where is that person? “Oh, they are in the hospital, too.” It was so rapid and rampant. I can see why they called it the gay plague, but now the numbers are really high in the Indigenous communities – our women, in different provinces like northern Saskatchewan, it is epidemic there. I don’t really understand what we didn’t learn from the first era from the AIDS movement. How did we get there in our own Indigenous communities where it is rampant up in the north. Something got lost in transit there, which is really sad.”

- Sandy
Click here to watch the full interview or read the transcript.

“I think that [the Vancouver] PWA [Society] and AIDS Vancouver became a real rallying cry for the gay community. For better or for worse it became in some ways how the community was partly defined... I think that the work that AIDS Vancouver and PWA did was transformative and very, very supportive for the community to the extent that it could make things better and help. I think they were, you know, tremendous efforts to help in the community and provide supportive places for people to go to... I think that in the ‘80s and ‘90s, it was a game changer, that within the gay community, people would stand up for people with AIDS or HIV and demand our humanity be seen. Yeah, they were pivotal, definitely pivotal.”

- Adrien R.
Click here to watch the full interview or read the transcript.

For more information on the HIV in My Day project, please click here.

Please note: some of these quotes have been edited for clarity.