How The Healthcare System Is Still Failing LGBTQ People

I’ll start with a confession: I got a sexual transmitted infection. The reason for my symptoms was mysterious, both to me and, frustratingly, to the healthcare practitioners I called upon. So I went undiagnosed for months despite several doctors’ appointments, including with one specialist who told me: “Not every problem has a specific cause. Sometimes these things just go away.” Which might be true, I suppose. Unless it’s a specific well-known infection that will never go away, and which will eventually cause a body serious lasting damage, unless it’s treated with a shot and pills.

This frustrating and painful runaround happened in the downtown of a city full of supposedly well-trained doctors and technicians (I even had an ultrasound), operating within spitting distance of the gay Village. It wasn’t like none of them had ever had a sexually active gay patient before. It’s scary to imagine what an LGBTQ person in a smaller, more judgmental, less gay-friendly place might experience with a doctor who is not familiar with gay health issues.

“The nuance of the impact of sexuality and gender on one’s health is often lost. It means that decisions are not made in the best interest of our community; they’re made in the interest of the majority,” says Jody Jollimore, executive director of the Community-Based Research Centre (CBRC). Founded in 1999, the Vancouver not- for-profit promotes the health of gay, bi, trans, two-spirit and queer men through research and intervention development.

The problem starts with a dearth of data – studies and statistics – about the health and lives of LGBTQ people. Just as traditional medical research has overlooked how women and people of colour might face different health issues, and require different medical approaches, than the “standard” white male patient, health researchers have only recently started acknowledging the different experiences of LGBTQ people. Devan Nambiar, program manager at Rainbow Health Ontario, offered by Toronto’s Sherbourne Health Clinic, told me that much of the good data looking specifically at LGBTQ health dates back a mere decade. 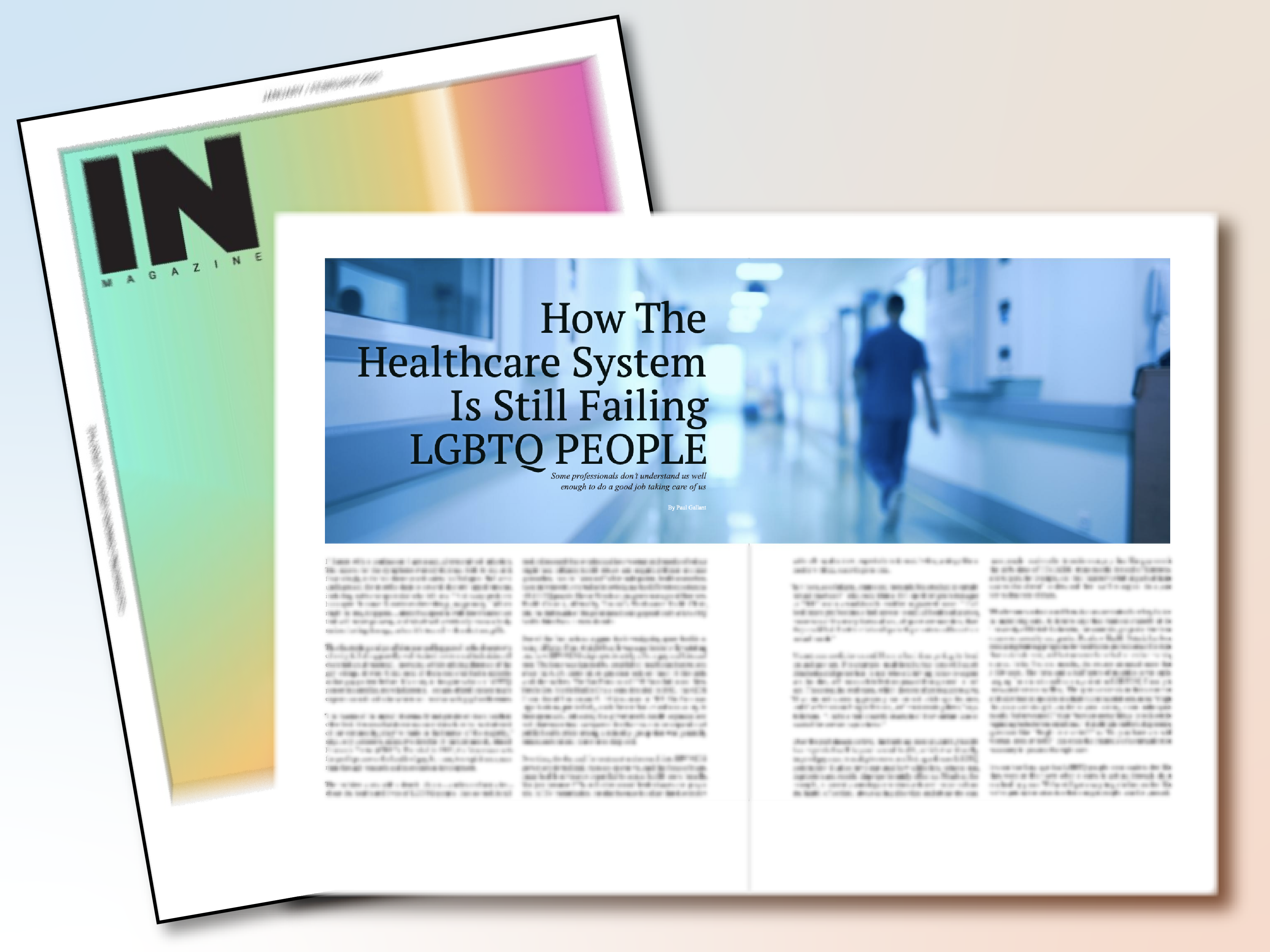 This article was written by Paul Gallant for the January/February 2021 Issue of IN Magazine. Please click HERE to read the full article