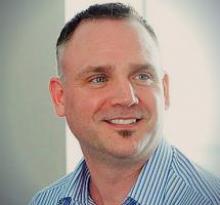 When I first heard about AIDS (actually it was called Gay Related Immune Deficiency – GRID) back in December of 1983, I immediately called the AIDS Action Committee in Boston to ask how I could help. I got trained as a hotline volunteer and then a buddy. I got involved in activism and got arrested in Washington, DC.

Versatile, though my training was mostly quantitative.

Heterosexism and homophobia, followed by racism and ageism.

I like lifelube.com…some interesting blogs there. Always interesting and stimulating. And current….The Advocate’s Guide to Gay Men’s Health (Spinelli) is a bit outdated, but covers some interesting material. It is focused mostly on sex and not other issues such as aging.

My favorite gay bar moment was back in the 80s when I was visiting my brother who worked in San Francisco. He and I met at a restaurant in the Castro ( I wanted to see if he was as comfortable around gay people as he had claimed)  and when I went to the bathroom I ran into a friend of his from high school! So, he joined us for dinner….it was great fun!

1) What are the things that you do to stay healthy and happy?  And 2) What are the ways that being gay has been a positive gift in your life?

I am a social work professor and I am working to teach new social workers about LGBT health issues and needs. I also am doing research to better understand what are the ways in which LGBT people broadly but mostly gay and bi men, build and maintain a sense of wellness and health.

Larry Kessler. He is the founding director of the AIDS Action Committee in Boston. He has been on the front line fighting for gay people as well as those living with HIV for over 30 years. He is an amazing inspiration.

I would like to see that we have reduced the number of gay men who are testing HIV positive, that we have found a cure for those who are living with HIV and we can focus on how heterosexism and homophobia, along with lots of other forms of oppression can be rendered less powerful, if not completely impotent.