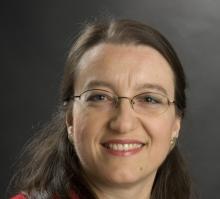 As an undergrad in nursing at the University of Minnesota, I was co-chair of the university’s Association for Gay/Lesbian/Bisexual/Transgender Student Groups (and their Friends)…and involved with researchers in adolescent nursing, adolescent medicine, and public health as a research assistant. In the Minnesota Adolescent Health Survey of 1986 they had asked 3 or 4 different questions about sexual orientation—I think for the very first time in a population-based health survey of adolescents in North America! And they followed that with a national American Indian Adolescent Health Survey in 1991, also with these questions. The senior researchers had already published some of the evidence about health disparities for gay, lesbian and bisexual teens—okay, no big surprise for those in the LGBTQ community, but it was some of the first population-based evidence of those health disparities among young people, evidence that governments and health professionals couldn’t dismiss as “biased” sampling. But they hadn’t published the demographic information from the American Indian Adolescent Health Survey, and there were some specific health topics in both surveys they hadn’t focused on yet, like sexual and reproductive health. For me, this was an important opportunity; as a nurse, and specifically a public health nurse, I was focused on health promotion and adolescent health, which more often happens in groups and at school rather than in hospitals and clinics. Adolescent health is also primarily focused on preventing eventual poor health outcomes rather than actually dealing with treating disease, because most teenagers don’t have heart disease or other chronic conditions that need direct health care—but they are establishing those life-long health behaviours that can influence whether they will develop heart disease or cancer or other chronic illnesses later in life. And within the gay community, focusing on health behaviours and risk exposures was important for another reason, for helping to get a handle on the HIV/AIDS epidemic, because at the time treatments were still pretty limited and expensive. Being in public health nursing, I was taught about the social determinants of health—how our health is influenced by the environments and relationships we have where we live, work, learn, and play—and that really helped me recognize early on the need to focus on stigma and violence, and their impacts on health, and also how relationships and supports can help buffer that stigma.

Definitely versatile—for me, the research question drives the methods, and I find it’s useful (and fun!) to have a lot of different methods in my repertoire. I’ve done all kinds of different studies—well, so far I’ve never done wet bench science, or animal studies, but everything from critical feminist ethnography and community participatory research to multi-country large-scale population research with fiendishly complex statistical analyses, intervention studies, policy analyses…even a randomized clinical trial of a community-based intervention. I like it all!

Enacted Stigma (violence because of stigma). Whether it’s the individual interpersonal rejection of important relationships, or strangers who engage in gay-bashing in public spaces, or sexual harassment and bullying among youth in school, or the structural violence of institutional discrimination, violence is one of the most pervasive (and the least often discussed) social determinants of health for most populations. And the cultural stigma associated with being gay or bisexual can be a potent force in driving that violence, that in turn leads to some of the health inequities we see. It’s getting better in some places, and worse in others, but there are very few places in the world [yet!] where being gay, lesbian, bisexual, or trans doesn’t have some element of stigma about it.

Sorry, no idea what to answer, there are lots of different things people should/could read, but it really depends on what aspect of health they focus on, and which group of gay men they are interested in—youth? seniors? New Canadian? Ethnoracialized gay men? Homeless? Gay parents?

Hmmm, that’s a tough one, which to choose? Actually, one of my favourites is a gay bar moment that didn’t end up happening: being in Berlin for the International Congress of Psychology several years ago, I went out to dinner with a gay colleague from New Zealand and his partner of 20+ years, and one of my graduate students, who was a woman. Afterwards, we took the train to the region where the gay nightclubs are, and my Kiwi colleague wanted to check out one of the clubs that had live sex shows, and tried to get us into the club—but the very buff bouncers at the door turned us away. My friend tried joking, even offered a bribe, but no way, “no women.” So we wandered to a nearby café and had drinks on the terrace, which was quite pleasant—and then the guys went into the club themselves, and we took the train back to our hotel. Oddly enough, I never did find whether there was a lesbian and bi women’s club scene in Berlin, or where the diverse LGBTQ community might have spaces; I would think there must be, but it wasn’t advertised, and I didn’t know the right way to ask questions.

1. What do like best about your life right now?

2. What aspect of your health concerns you the most?

Trust; random acts of kindness; laughing together; friendship; remembering, every day, the 7 (or the 70!) things you like most about your loved one, and not the 3 things that most annoy you; respect; friendship; talking with each other about just about everything under the sun; finding ways to have fun together; and did I mention friendship?

Research to monitor and understand the health disparities that are experienced by LGBTQ2S youth compared to heterosexual peers; whether these disparities are getting better, or the gaps are widening; what social determinants of health (like stigma) can help explain those health disparities, and how they actually influence health for LGBTQ2S youth; and what positive assets or protective factors in young people’s relationships, environments, and life circumstances help foster resilience in spite of stigma.

The last piece that’s already published? That would be: “School-based strategies to reduce suicidal ideation and attempts among lesbian, gay, and bisexual, as well as heterosexual adolescents in Western Canada.” Published in the International Journal of Child, Youth and Family Studies.

That’s an impossible question—there are so many gay and bisexual men I admire, it’s hard to narrow that down to just one…nope, can’t do it, sorry.

Focused on wellness and totally integrated into effective health promotion and health care generally, because health care providers all “get it” and know how to provide queer-appropriate and non-stigmatizing health care, and public health systems have worked to address the social determinants for gay and bisexual men so that the health gap is narrowing (or gone!), and we can really focus on fostering resilience…well, maybe that’s a bit ambitious for five years, but hey, if we have a vision and can tell others what that looks like, it’s easier to figure out together how to get there.