More work is needed to understand the relationships between the experiences of homophobia, biphobia, stigmatization, gender identity, and negative mental health outcomes in gay, bi, trans and queer men and Two-Spirit and non-binary people (GBT2Q). Results from a new study from Qollab in collaboration with the CBRC shed light on pressures to be masculine and mental health outcomes in GBT2Q living in Canada. The study uses data from the CBRC’s 2019 Sex Now survey (sample size approx. 9,000), Canada’s largest survey of GBT2Q people in Canada. 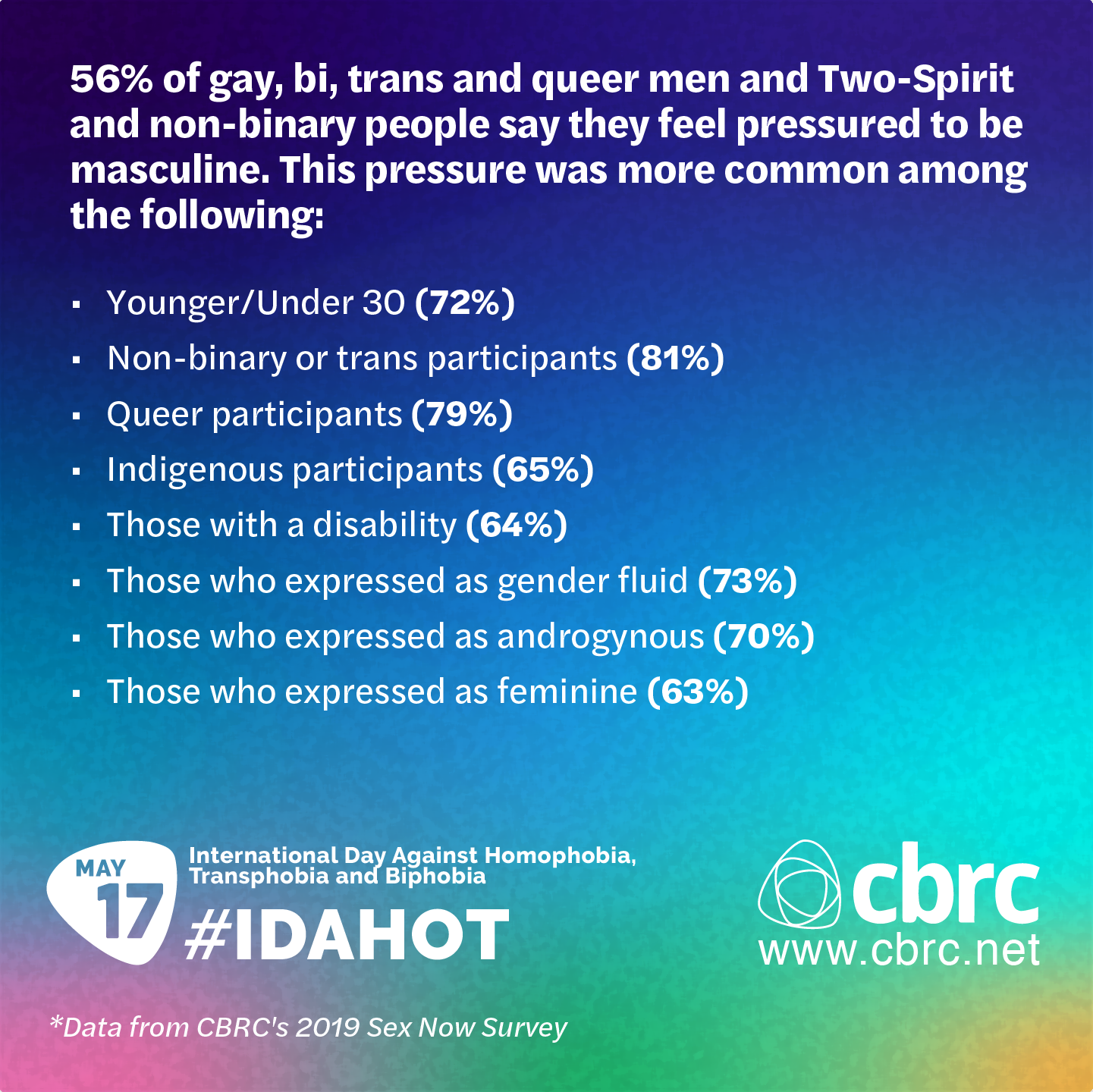 When asked where the pressure to be masculine came from, the most common answer was from general society (49%), followed by friends and family (28%) and then by other gay, bi, or queer community members (24%). 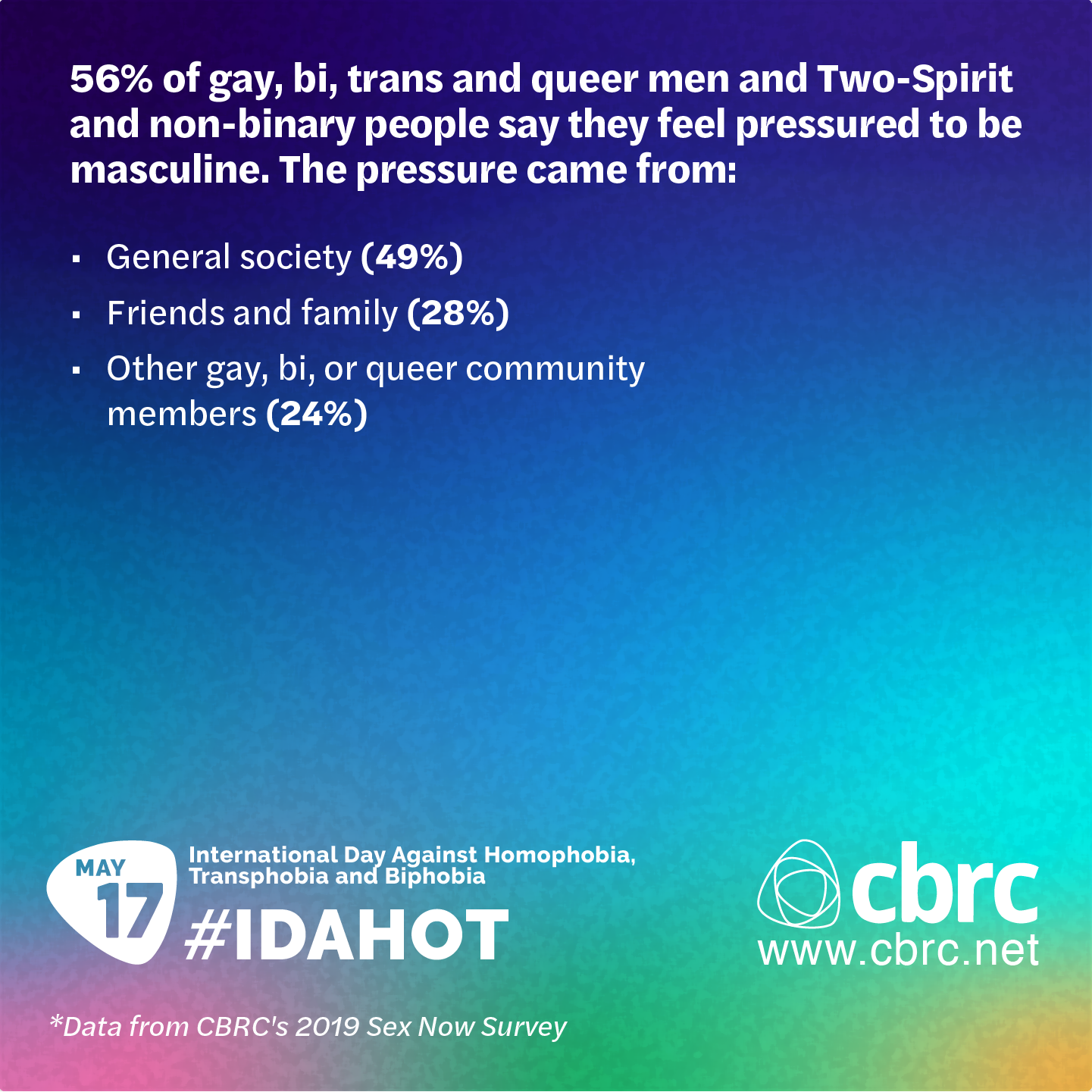 The high number of GBT2Q who experience pressure to be masculine is of concern as this pressure is a threat to the wellbeing of GBT2Q. Those who reported pressure to be masculine were more likely to suffer from depression (25% vs. 14%), anxiety (32% vs. 17%), and fair/poor self-rated mental health (35% vs. 20%). Importantly, those who experienced pressure from multiple sources (e.g. from both general society and from friends and family) were particularly vulnerable to negative mental health outcomes. 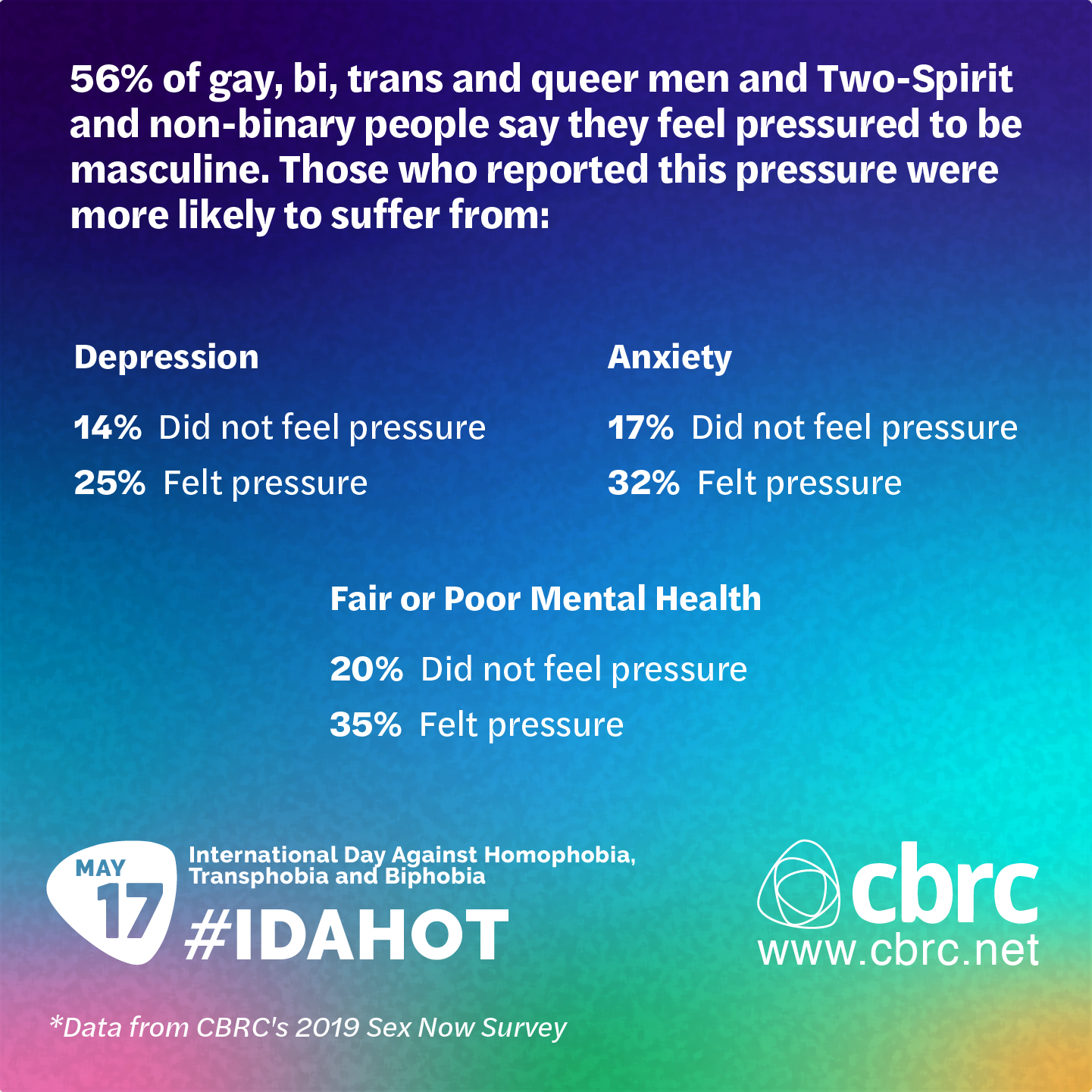 These findings indicate that future interventions which alter norms and reduce pressure to be masculine could decrease the mental health burden of GBT2Q. Masculine pressure is ubiquitous and affects one in two GBT2Q. Thus, more research is needed to better understand how GBT2Q wellbeing is impacted by the complex relationships between masculine pressure, homophobia/biphobia, femmephobia, and other forms of stigma.

Sarah Cooper is a research assistant with Qollab, a participatory research lab in Montreal that looks to work collaboratively with the 2S/LGBTQIA+ community to describe and understand mental health and substance use issues in this community. Sarah’s particular work with the lab is looking to understand and raise awareness of the impact of gender expression, masculine pressure on mental health of men in the 2S/LGBTQIA+ community.