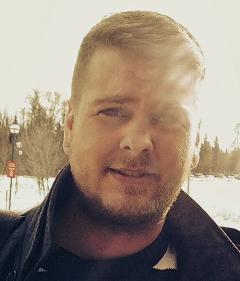 I never saw myself staying in my hometown, Ladner, when I grew up. Like my childhood hero, Luke Skywalker, I was raised on a farm, needed a haircut, and desperately wanted out. While Luke went on to save the galaxy with the help of some sassy droids and his besties, I just needed to get the fuck off Tatooine.

It might seem selfish, my desire to leave. So much of what I do is steeped in self-interest but I maintain that it was necessary. Being gay and living in Ladner was tough. There was the obvious fear of harassment and bullying from being gay in a small town, but more than that, I was alone. Even when I was out, I was isolated. My peers were all dating and the vaguest possibility that I might, maybe, one day, meet another gay guy was so unlikely I couldn’t help but feel despondent. Sure I could cling to the 10% statistic, but it wasn’t enough. It wasn’t real. I needed out and to me the obvious destination was Vancouver. Vancouver was a beacon of rainbow and glitter that beckoned to my adolescent heart. I would work very hard to get there – academically anyway.

It was a foregone conclusion that I would go to university. I had the grades and a stunning lack of common sense, which made me perfect for the Engineering program at UBC. Of course, leaving Ladner wasn’t so simple. While I had the privilege to attend a university, I couldn’t afford to live away from home. Instead, I commuted 2-3 hours daily to UBC. In and of itself, this isn’t too bad. However, taking 5-7 courses a semester and working 10-20 hours a week took its toll on me. Apart from being miserable, I started missing family dinners, birthdays, and reunions.

When I finally moved out of my parent’s house to a place of my own I didn’t really look back too often. I moved with some friends into a house, which we quickly downgraded from “charming character home” to “technically habitable”. My work and school schedule didn’t really change much because I was still hoping to graduate on time and without crushing debt. In order to do this, I maintained my absenteeism at family events. I called home rarely, both because my phone manner is awkward at best and I really had nothing to report. I was contractually obligated to visit quarterly for important meals and once in the fall so I wouldn’t turn into a pumpkin. Otherwise, I just plugged away because surely it would be over soon.

Somewhere along the line, though I realized that my student lifestyle, which I had hoped would be my big gay salvation, had actually become pretty bleak. I was constantly anxious and tired and as such I would cry or nap at the drop of a hat. It hurt my relationships. I took out my frustrations on my friends and roommates with aggressively passive-aggressive behavior. Worse, I neglected my family further. As glib as I am, I don’t actually dislike going to visit them.

I like my family which is good because there are a lot of them and they will literally hunt me down if I said otherwise. I also have two of the cutest nieces ever and anyone who says otherwise is a liar and a terrorist. Unfortunately when I do see them, I need to spend about 20 minutes convincing them that they know me. While other aunties and uncles are developing inside jokes with them, I need to jog their memory a little by reminding them that I’m the boring one who gives them books at Christmas.

So why don’t I go home more? I love my family. If I didn’t, I wouldn’t feel this longing in the space in my chest where my heart should be. I even enjoy visiting them, periodically, if there’s wine, and if I get a ride home afterwards. I just never saw myself living there. I never wanted it. I still see myself as needing to be in the big city. Sure this need was downgraded from a desperate get me the fuck out of this town to a gently why isn’t the bus here yet?

It’s just that I have a new home now. My parent’s house is and will always be hugely important to me, but sometimes when I go there, I can’t help but feel like an outsider. This is a familiar and unwanted feeling for me. You really can’t go home again. Going to Ladner makes me feel awkward because I’ve realized suddenly that I’ve missed a lot. Sure I know the big news because of Facebook, but it’s the day-to-day occurrences that are important to maintaining relationships. The obvious solution is that I need to get over myself, and go visit my parents more often, but I am still hesitant. I think there are two important reasons underlying my reticence.

The first is that small towns aren’t exactly fond of gays. While it’s unlikely that I’ll be bashed or anything, I don’t feel safe enough to hold my husband’s hand when I visit. I remember when this simple act, holding a guy’s hand, was something fantastic and out of reach. I remember when I thought of it as a thrill. Then it became a duty, a statement of equality. Now I can hold my husband’s hand whenever I want where I live – unless we’re on Granville Street for some godforsaken reason – but I don’t feel the need. In this way, I’ve transformed from small town gay, to little queer on campus, to full-fledged professional homosexual and I am not going back. Now, holding my husband’s hand is the quiet thing that Liza Minnelli sang about. It’s the subtle happiness and love that combats the microaggressions and minority stress leftover from my adolescence. It tells me that I am good enough, and that I am loved.

I suspect the second reason why I don’t go home so often is that gays aren’t exactly fond of small towns.

“OHMYGODWHYISTHERESOMETHINGWRONG?” My peers ask me in mock concern if I tell them I’m leaving the homo-homeland. I apparently am not the only one who has internalized a negative view of the suburbs. Unfortunately, not everyone has the agency or desire to leave town. These people are given a Scarlet L – for Loser or Ladner interchangeably – and it’s really a shame because we need these small town gays.

Join us next month for the sequel “Migration: The Gays Sass Back!”