My Journey through the Young Gay Men's Health Literature 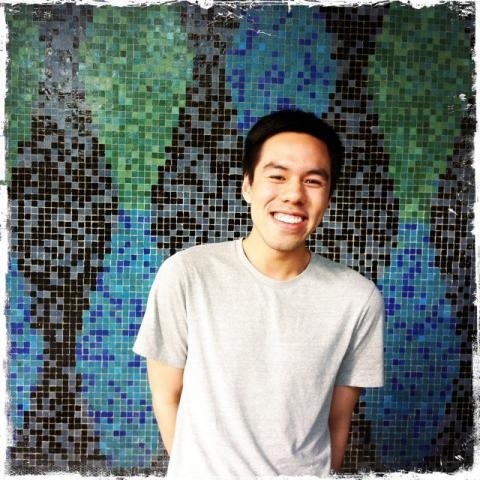 I'd like to take you on a journey through the recent research literature on young gay men’s health. There will be twists and turns, and knowledge waiting around every corner.

"What do we know about safe school programs for LGBT youth?  What does hearing 'that's so gay' do to students?" Just some of the questions that come up on such an adventure.  With more nuanced understandings of what it means to be a young gay man in the 21st century, the most recent literature touches upon the relevance of technology and culture while still bringing in new information on the state of young gay men's sexual, physical and emotional health.    But I'm getting a bit ahead of myself.  Let’s start from the beginning.

I began with a simple question:  What does the current literature have to say about young gay men's health?  That's right, I would be exploring research studies. No worries, not very scary at all …

Before setting off, I first needed to figure out what to look for.  That meant figuring out how I should define key terms such as "current", "literature", "young", "gay men", and "health".  With assistance from my navigators, Olivier Ferlatte, Rick Marchand, and Terry Trussler, we developed an itinerary:

1.  Peer-reviewed academic research articles from around the world.

3.  Any article that included the terms, "gay men" or broadly defined as "men who have sex with men" or "LGBT".

4.  Articles that focused on men who were younger than 30.

This first step turned out to be the most important.  Defining what I was looking for helped me understand what and how much I was going to cover, and what I would be missing, in the review.  For sure, I would miss information from sources such as book chapters, blog entries, and other research documents called “grey literature” outside of peer-reviewed journals.  At the same time, what I was going to cover was a lot more manageable within these guidelines.  (Still, I ended up finding some interesting pieces from 2011 to include.)

After running a few searches using the EBSCO databases (for those not affiliated with a university, I would highly recommend Google Scholar), almost 100 articles popped up. I went through the search results and began selecting only those articles that strictly met my guidelines.  In the end, I had about 70 articles for the review (and a few for my own personal reading too).

Even with a topic as specific as this one, I was surprised by all the different angles that researchers took in approaching the subject of "young gay men's health."  I was excited to see an increasing number of articles focusing on people of color: notably, a study on identity among Asian and Pacific Islander men (1), perceptions of masculinity and risk among African American men (2), and an intervention to engage and retain young gay men of colour in HIV care (3).

Two outstanding review pieces examined multiple studies on LGBT youth: one on safe school programs (4) (lots of good news) and another on the best ways to identify LGBTQ youth in primary care (lots of helpful tips) (5).  And on the question of hearing "that's so gay", it appears that it actually does impact students' socially and, surprisingly, physically too (6). Stigma hurts.

Other exciting research explored the potential for mobile phone based prevention (7, 8), the impact of having role models on LGBT youth (9), and the role of religion and spirituality in resiliency among African American men (10).

For stats fans, there were plenty of quantitative studies, some country wide, mostly looking at risk factors and behavioural factors related to STI and HIV.  For narrative fans, there were thought-provoking studies on gay men’s relationships, gender roles, and mental well-being.

So with these teasers, it is my great pleasure to share my fascinating journey into the young gay men's health literature.  It's not over yet though.  With each passing day, new articles (and even new journals) are sprouting all over the world. The most exciting thing about exploring new knowledge is that there is always something new to learn. So let's set sail into the research!

Until next time,
David Le

References (by order of mention)

(10) Walker, J.J., and Longmire-Avital, B. (2012). The Impact of Religious Faith and Internalized Homonegativity on Resiliency for Black Lesbian, Gay, and Bisexual Emerging Adults. Developmental Psychology,  doi:10.1037/a0031059