Responding to Monkeypox: An Update to Our Community

In recent weeks, outbreaks of monkeypox—a virus related to smallpox, but less severe—have been identified in Canada and many other countries, and almost all of these recent cases have been among gay, bisexual, and queer (GBQ) men.

The reason that GBQ men are represented in such a large proportion of these cases is not fully understood. Trans, non-binary, and Two-Spirit identities are rarely, if ever, collected as part of public health surveillance, and it is possible that the broader 2SLGBTQ+ community may be similarly susceptible to monkeypox outbreaks as GBQ men. 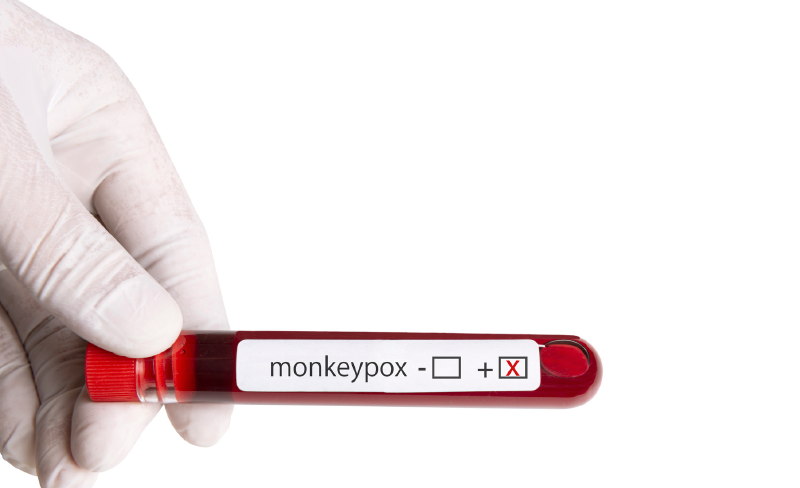 It is also possible that cases among GBQ men have been detected early because GBQ men are more likely to access sexual health services. The rash caused by monkeypox can resemble that of syphilis, meaning STI testing could prompt an earlier monkeypox diagnosis.

As we learn more about these monkeypox outbreaks, it’s important for us to be aware of the symptoms, including flu-like symptoms, followed by a rash, which develops into blisters. Let’s also be mindful that this isn’t a new virus, and that promising treatments and vaccines are available. Smallpox vaccines work against monkeypox, and antiviral drugs are also effective against the infection. Public health officials in Montreal have already begun administering vaccines in an effort to control the spread of monkeypox in that city.

While experts are concerned by recent outbreaks in Europe and North America, monkeypox cases and outbreaks have occurred before in several countries, including the Central African Republic, Cameroon, and Nigeria. Cases outside Central and West Africa have been very rare, and these new outbreaks are highly unusual given that they’re not linked to recent travel to countries where monkeypox has been endemic.

It’s too early to tell whether new patterns of transmission may be linked to a new variant of monkeypox. Initial genomic testing suggests recent outbreaks are more closely associated with variants from West Africa, which are also known to have lower mortality rates and/or associated with less symptoms or morbidity.

If you think you have been exposed to monkeypox, consider limiting close contact with others and review the symptoms, which can include fever, muscle pains, and a rash that develops into blisters. If you are concerned that you may have symptoms consistent with monkeypox, you can also contact your local public health office or unit.

For people living with HIV, the current guidance doesn’t suggest specific measures are necessary to prevent monkeypox infection. However, people who are immunocompromised may have a higher likelihood of severe illness if they are exposed to the monkeypox virus.

We will know more in the coming days and weeks, and with that knowledge will come clearer guidelines and resources for our communities. There are important questions regarding symptoms and transmissibility that still require further investigation, and new evidence could result in a change in public health recommendations. For now, we should remain aware of the situation and respond promptly to any worrying symptoms.

There is also the need for emergency income and housing support when it comes to the public health response, particularly around self-isolation. Given uncertainties around the duration of infectiousness, some people may have to self-isolate for several weeks. There’s an opportunity to apply a critical lesson from COVID-19 here in that income, housing, and social supports are really essential components of an effective and equitable public health strategy. We can’t afford to turn a blind eye to the housing and income circumstances that people impacted by monkeypox are in and expect everyone to be able to adhere to public health guidance.

In addition to addressing social determinants such as income and housing, preventing and combating stigma associated with monkeypox is a key priority to ensure that people who may be exposed feel comfortable in accessing care and support. The media’s use of stock images from monkeypox cases from Africa has been heavily criticized for reinforcing racist and ignorant stereotypes about Black, African, and Caribbean communities, while also misrepresenting the recent outbreaks in Europe and North America.

Clinical and public health leaders must work together with impacted communities to fight stigma associated with all infectious diseases, whether we’re talking about monkeypox, COVID-19, or HIV. Anyone can get or pass on monkeypox, regardless of their sexuality, race, or gender – and getting monkeypox isn’t anyone’s fault.