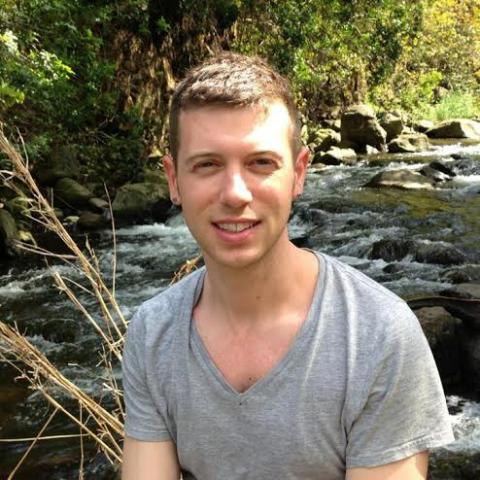 The recent social media outpouring in response to Robin Williams’ suicide reminded me of a similar spate of media attention to suicide several years ago. In the fall of 2010, four gay teenagers from across the US killed themselves—all within a few weeks—after facing relentless harassment and bullying at their respective schools. (1) I remember feeling a visceral connection to their distress. One of them lived in a small town in Indiana, just across the state border from my hometown. His death affected me more profoundly than Williams’. I could imagine all too well what he experienced at school and why he may have felt there was no other solution to his crisis.

Beyond this grievous personal connection, I was moved by the apparent trend. As an epidemiologist interested in gay men’s health I’m drawn to statistical profiles. And it turns out the profile of suicide risk among sexual minorities is striking. While the causes of individual suicides—such as Robin Williams’—are often indeterminate, studies of the demographic patterning of suicide, starting with Emile Durkheim’s landmark study in the 1800s (2), have repeatedly exposed the fundamentally social aspects of the disease, with consistent disparities by gender, rurality, marital status, and employment status, to name a few.

In 1970 a seminal study by Kinsey Institute researchers Alan Bell and Martin Weinberg added sexual orientation to this list after finding that gay, lesbian, and bisexual adults in San Francisco were six times more likely than heterosexuals of the same age to have attempted suicide. (3) Since then, more than fifty studies—of multiple and rigorous designs—have substantiated this finding. (4-6)

I first encountered this issue when working with colleagues at CBRC on an analysis of the 2010 Sex Now data based on “syndemic” theory[TS1] . (7) We explored markers of antigay discrimination and related psychosocial stress to see if they would cumulatively predict HIV risk. One of these markers was having thought about or attempted suicide, which was indeed associated with condom-less sex; the syndemic model was borne out in our Canadian sample of young gay and bisexual men. After the study completed I was troubled by the suicide statistics we’d discovered. In the context of improved HIV treatment efficacy, I conjectured that a gay man who was attempting to take his life would likely die from suicide before dying from HIV.

Like a good epidemiologist, I tried to find data that fully described the scope of this problem. If gay and bisexual men experience inequitably higher rates of suicide behavior than our heterosexual counterparts, how many of us die from suicide each year? This turns out to be a difficult question to answer.

While we have fairly reliable data concerning the sexuality (or rather, sexual behaviors) of those newly diagnosed with HIV, there is no sexual orientation information attached to suicide records. (8) This is part of an even larger challenge when it comes to assessing the burden of diseases among sexual minorities—that is, the lack of sexual orientation data within administrative health records of any kind. (9) (Side note: In Canada, we didn’t even ask the sexual orientation of respondents to our national surveys before 2003. (10)) Without these data, those of us working in gay men’s health have had to find innovative ways to study the spectrum of health issues that affect us (CBRC’s Sex Now survey is one conspicuous example).

So, in the absence of direct counts of suicide mortality in gay and bisexual men, my colleagues and I recently took an indirect approach to generate our own estimate. Using the best available information, we concluded that suicide has surpassed HIV as a leading cause of death among gay and bisexual men in Canada, likely responsible for more than 150 deaths in 2011.

In tandem, we conducted a search of academic publications on both topics, restricted to gay and bi men. Despite the large burden of suicide in the population, we found that research attending to the issue was sparse—HIV-related citations were 40 times more numerous than suicide studies in biomedical databases. Our results were published earlier this month in the journal Critical Public Health, and can be downloaded here:

Decades after the Bell and Weinberg study, many important questions about suicide and sexuality remain unanswered. For example, while the issue of suicide among gay youth has received some attention—particularly following the deaths of gay teenagers in 2010 I described earlier—it is unclear to what extent gay and bisexual adults are at increased risk of suicide. (9) Contrary to the notion that “it gets better”, there are good reasons to expect that the same stressors which drive gay teenagers to suicide continue to afflict us as gay adults. Moreover, fatality of suicide attempts increases with age. (10) Addressing these gaps will require broadening our ideas of who is most at risk—and included in our research.

For me, this exercise is ultimately about more than any single disease. As our syndemic analysis showed, the population-level cause of the HIV and suicide epidemics in gay men is a common one: pervasive antigay stigma which is in turn perpetuated through discrimination, violence, and bullying, as well as less overt forms of heterosexism. Suicide marks a particularly acute and severe response to this cause, but the most pernicious effects are those that are spread across categories of disease.

To uncover these effects we will need to apply even more creativity in our methods. To address them we will need to devote the same level of resources applied to better recognized health inequities, namely HIV. And to marshal a response, we will need the same passion aroused by Robin Williams’ death—or at least some good epidemiology.

If you are thinking about suicide, there are people who can help you find other solutions. Please call your local crisis centre: http://suicideprevention.ca/thinking-about-suicide/