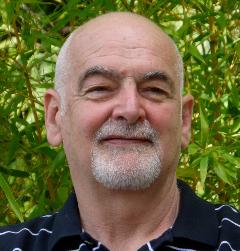 Canada’s annual spring conference of HIV research professionals, CAHR, was in Vancouver April 12-14. CBRC was there to present findings and to hear from others. CBRC also ran a day long complementary event entitled Beyond Behaviours that featured some of Canada’s leading gay men’s health researchers addressing a robust gathering of gay men’s health providers. Key interest: what is happening with HIV in gay men?

The HIV epidemic is either stable or increasing among gay men in all western countries, including Canada, despite the uptake of Treatment as Prevention (TasP). Changes in sexual culture brought on with the Internet, increased HIV prevalence due to the success of treatment, immigration from homo-oppressive countries, marginalized ethnicities, sexual prejudice and structural barriers all appear to be contributing to a witches brew of factors prolonging the HIV epidemic in gay men, here and virtually everywhere.

One of the key papers reflecting all this was delivered by a guest speaker from Australia, Dr. David Wilson, Head of the Surveillance and Evaluation Program for Public Health at the University of New South Wales in Sydney. He heralded TasP as a “revolution” in the way it shifted thinking about the use of ARVs for prevention—not just treatment. But, he cautioned, TasP alone will not be enough to reduce the incidence of HIV in gay men. Indeed, projecting epi estimates into the future, he showed that TasP —without condoms, and community engagement programs—would actually increase the incidence of HIV in gay men. The answer: Highly Active Prevention (HAP) an exhaustive mix of gay-optimized prevention: treatment, testing, condoms, PEP/PrEP, community programs— but also, and importantly, reducing stigma and prejudice and removing structural drivers.

CBRC set off in the direction of identifying social determinants and structural drivers several years ago with the introduction of our national Sex Now survey. We saw that much of HIV prevention research conducted on gay men ends up indirectly blaming the MSM epidemic on individual behaviour. But actually, so little work has been done on the influence of social and structural drivers that we saw that as a significant gap in understanding HIV in gay men. Three years of analysis and a second national survey has swept us along to the point where we can now show social and structural influences—visually.

Beyond Behaviours focused on all the research potential and practical lessons to be learned outside the frame of gay men’s sexual behaviour. Adam Green who teaches sociology at University of Toronto, argued the case for prevention by all available means. Sexual behaviour, in his view, is too difficult to influence by social engineering alone so we need biomedicine to be supported by all the usual interventions. Barry Adam, Director of Prevention Research at the Ontario HIV Treatment Network, presented work from interviews with recent sero-converters. Large portions of those men were affected by multiple, overlapping exposures to prejudice, violence, mental distress and drugs—a complex situation known in public health as a syndemic. Daniel Grace described research with recent sero-converters showing how new medical technologies often inadvertently create new social problems that may ultimately affect prevention. Trevor Hart from the Psychology Department at Ryerson University described recent studies that show how HIV epidemics in gay men exist in soup of stigma, discrimination and structural drivers framed by social prejudice.

Going “beyond behaviours” in gay men’s health research, however, is a difficult venture, beyond field boundaries, with a vast landscape to get lost in. You have to break mental habits like expecting that your research will translate down to a prevention message. You have to stop aiming to uncover the latest correlate of sexual risk. But, crossing that boundary is like entering an untracked wilderness—into the limitless unknown. 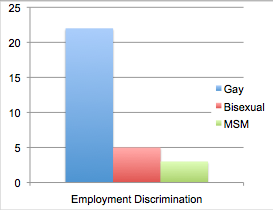 That was my theme at Beyond Behaviours where I used Sex Now 2011 survey data to explain how we uncovered a rare view of the background social structure of the HIV epidemic in MSM. Inspired by the original research at the roots of Canadian health policy, the Whitehall Study, Sex Now set out to investigate the social status of gay men at work. Our study showed a well defined gradient underlying employment discrimination in MSM: gay men fared worst, men married to women fared best, and bisexual men held the middle. Then, in going on to compare other data in the survey, we found that the same pattern appeared through most of our key measures. The gradient was consistent through economic status; exposure to prejudice, violence and sexual risk; even blood sampled HIV prevalence. Visualize the gradient as a set of three stairs where the last step, the gay step, is usually the steepest and worst off, and you get an idea of the social structure lurking behind the data.

So the national conference was a moment to experience, where we could see how far CBRC has come and how far we have yet to go. Highly Active Prevention is a vision but its optimal form is still in the future. People will have to be convinced about how deeply prejudice is affecting the gay epidemic and for that we need evidence. Research on the social and structural drivers of HIV is still work on the frontier but where we need to be to bring on the full breadth of HIV prevention for gay men.