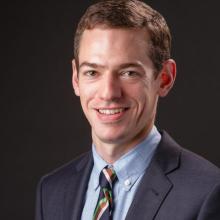 I grew up in Shreveport, Louisiana, the cultural hub of the Ark-La-Tex region of the US, where Arkansas, Louisiana, and Texas meet near the Red River.

Two straight men are responsible for my involvement in gay men’s health research. When I was in college, I came out to my grandfather, a really pensive, authoritative Air Force retiree. He told me that being gay, especially in the Deep South, would likely be difficult but that, if I applied the same conscientious approach that I applied to my school work to the task of being gay, I would discover the most fulfilling path forward. I’m not sure he intended me to do so, but I followed his advice literally – from that point forward I’ve been fully devoted to the task of studying the most fulfilling way forward for LGBT people. My graduate school mentor, Marv Goldfried – another highly thoughtful, authoritative straight male – picked up where my grandfather left off and unconditionally supported me in my decision to pursue a career studying gay men’s health; support for which I am forever grateful.

I’m a clinical psychologist and feel quite fortunate to have inherited the epistemology of both academic psychology and clinical work. I revere the unparalleled ability of quantitative, especially experimental, methods to carve nature at its joints to uncover new constructs and their causal relationships. At the same time, clinical work teaches us that individuals derive their own personal meaning from the narratives of their cultures and communities and that these meaning structures carry generalizable lessons. Understanding these meanings and their boundaries requires deep listening to language rather than numbers. So, versatile.

The easy answer here would be stigma and I think that’s probably true. But I’ll shake things up a bit by saying that I think the social determinant of health that most affects gay men is gay men themselves. Gay men are probably the biggest sources of strength (and stress) in each other’s lives.

5. Do you have a favourite gay bar moment?

I do. I was lucky to live in a time and place where the drinking age was 18, because, before online apps or really any good internet dating sites, the easiest way to meet other gay men was at gay bars. And New Orleans had, and still has, some great ones. During one of my first visits to these bars, I caught the eye of one of the most attractive men that my 19-year-old self could imagine. The problem was that he was only in town for one night for a family wedding. The obvious solution was that I would accompany him to the wedding reception (where his entire family would be), completely uninvited by the bride and groom. The funny thing was that I found out then-and-there that he was not previously out to his family and had just come out to them by bringing me along. One thing led to another and he became my first boyfriend and we dated long-distance for several years and still keep in touch. It’s hard to imagine that type of instantaneous attraction and subsequent silliness happening anywhere but there.

7. What is the secret to a perfect relationship?

First, recognizing that no relationship is perfect. Second, the glue that comes from jointly giving birth to something, whether an intellectual pursuit, creating a home, building a community, having a kid, or embarking on a shared adventure.

8. How would you describe your current work?

I would describe my current work as an incredible fortune that I get to approach each day with an endlessly inspiring group of colleagues, postdocs, students, and research assistants. I spend most of my time trying to create empirically supported LGBT-affirmative mental health interventions. We’re currently conducting trials of LGBT-affirmative approaches to reduce outcomes like depression, suicidality, substance use, and sexual risk behavior in NYC (with my colleague Mark Hatzenbuehler), Miami (with my colleague Steve Safren), Romania (with my colleague Corina Lelutiu-Weinberger), and soon in rural Appalachia (with my colleagues Stephenie Chaudoir and Stacey Williams). It’s immensely rewarding to see the direct impact of research on the lives of LGBT individuals and to work with such a great team of people to do that research.

9. What's the last piece of writing you did on gay health?

In our intervention research, we consistently noticed that gay men frequently cite their interactions with other gay men and with the larger gay community as a source of stress. We therefore conducted a qualitative study to further investigate the possibility that a significant source of stress emerges from within the gay community itself. We discovered that many of the gay men in our interviews perceived the gay community as being overly focused on sex, status, and competition, and not very welcoming of diversity in terms of race/ethnicity, age, and HIV status. We then created a scale to capture this so-called “intra-minority stress” and found that gay and bisexual men’s scores on this measure predict their mental health even after controlling for more commonly investigated sources of stress, such as discrimination, rejection hypervigilance, internalized homophobia, concealment, and general life stress. We’re currently investigating the sources of this intra-minority stress: for example gay and straight men’s competitive tendencies regardless of their sexual orientation and the potential for this stress to be a community-level internalization of homophobia. While the existence of this type of intra-minority stress is a disturbing finding, one upside is that the power to change this stress likely rests with gay men themselves, who have shown remarkable resilience across history in addressing social challenges.

I have tried but cannot imagine the experience of suddenly losing dozens if not hundreds of friends from a virulent plague that no institution is poised to address and facing this threat under a completely homophobic regime. I probably I owe my existence to the generation of gay men before mine who took matters into their own hands by fighting for attention, resources, and survival while courageously supporting each other throughout. I most admire them.

11. Where would you like to see gay men's health research in five years?

I would like to see gay men’s health research less beholden to stress theory and research.  At this point, we know that minority stress causes poor health for gay men and we have a good sense of the mechanisms through which this happens. This research has been invaluable for advancing the rights of LGBT people around the globe. But I think that we do gay men a disservice by suggesting that the most unique thing about them and their health is the stress they face. There are many other facets of contemporary gay men’s life that highlight their remarkable social and sexual creativity and that probably have generalizable lessons for the well-being of the rest of society.