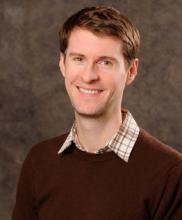 I entered the field thinking that I wanted to be a clinician.  But in graduate school, I became interested in research.  After reading some of the classics in the field of stigma, I was hooked.

I’m trained as a quantitative researcher and I only use that method in my own work.  But I think that the best qualitative research, such as CJ Pascoe’s Dude, You’re a Fag: Masculinity and Sexuality in High School, uncovers invaluable insights that are not always possible with quantitative methods.

In one study, my colleague John Pachankis and I found that one of the ways that gay men cope with stigma and rejection is to invest in achievement-related success—to become the “best little boy in the world.”  This can be adaptive, but the drive for perfection can also come at great social and psychological costs.  Although it is difficult to give up the drive for perfection and accept vulnerability, many gay men successfully do this.  So my two questions would be:

How did you overcome the drive for perfection to become more vulnerable?  How did you initially view vulnerability and how did those views change over time?

7. What is the secret to a perfect relationship?

Trust.  Kindness.  Humor.  For me, that’s the trifecta.

8. How would you describe your current work?

My current research focuses broadly on the role of structural stigma—which we’ve defined as societal-level conditions, cultural norms, and institutional policies that constrain the opportunities, resources, and wellbeing of the stigmatized—in the production of health inequalities. In our work, we’ve linked measures of structural stigma related to sexual orientation (e.g., state laws and policies, objectively-defined measures of social attitudes towards homosexuality) to individual-level health outcomes, ranging from maladaptive physiological stress responses in a laboratory setting to premature mortality at a population level. This work demonstrates that structural stigma represents a significant, but thus far largely under-recognized, source of social disadvantage for members of stigmatized groups, including LGB populations.

9. What's the last piece of writing you did on gay health?

Although most of my work is focused at the structural level, I’m a clinical psychologist by training, and so I’m also interested in designing and evaluating evidence-based mental health treatments for LGB populations. To facilitate the development of such interventions, it was important first to identify mechanisms linking stigma-related stressors to mental health among LGB individuals. Consequently, I developed a theoretical mediation framework, published in Psychological Bulletin, which argued that stigma-related stressors create elevations in cognitive, emotion regulation, and interpersonal risk factors for poor mental health, which in turn mediate the association between stigma and psychiatric morbidity among sexual minorities. One unique aspect of this framework is that it identified processes that are both psychosocial consequences of stigma-related stress and that are modifiable through existing clinical interventions. This framework provided the theoretical background for a NIH-funded cognitive-behavioral therapy intervention that my colleague John Pachankis developed.  The intervention is a transdiagnostic, cognitive behavioral treatment adapted to improve depression, anxiety and co-occurring health risks (i.e., alcohol use, sexual risk behaviors) among young adult gay and bisexual men.  John led a team of investigators in developing and testing this treatment, which is the first evidence-based psychosocial treatment that targets mental health sequelae of stigma-related stress among sexual minority men. Data from this pilot study indicated initial efficacy of the intervention, and this paper was recently published: Pachankis, J.E., Hatzenbuehler, M.L., Rendina, J., Safren, S.A., & Parsons, J.T. (2015). LGB-affirmative cognitive behavior therapy for young adult gay and bisexual men: A randomized controlled trial of a transdiagnostic minority stress approach.  Journal of Consulting and Clinical Psychology, 83, 875-889.

I’ve long admired the writers Oscar Wilde and James Baldwin.  I know I cheated and named two, but they both deserve to be mentioned.

11. Where would you like to see gay men's health in five years?

In the next five years, I want to see a substantial reduction in sexual orientation-based mental and physical health disparities.  I think we can accomplish this, in part, through continued efforts at addressing structural forms of stigma.  It’s not going to be easy, but we’ve made significant progress even in the last five years, so I remain cautiously optimistic.