Thursday, June 3, 2021 – As the House of Commons waits to have its final vote on Bill C-6, a bill that would prohibit conversion therapy practices in Canada, a new article published in the scientific journal PLOS ONE shows that as many as one in ten (10 %) gay, bi, trans, and queer men and Two-Spirit and non-binary people (GBT2Q) have experienced this harmful practice.

“In order to fine-tune policies that can prevent conversion therapy practices, we need to understand how many people are affected, and who they are,” says Travis Salway, Assistant Professor at Simon Fraser University and lead researcher of this study. Conversion therapy refers to practices that deny or devalue LGBT2Q sexual orientations and gender identities. They are associated with significant psychological harm and therefore have been discredited by multiple medical and psychological professional bodies and banned in many jurisdictions. “The data from this study can be used to hold our elected leaders and policymakers accountable to equity for LGBT2Q people in Canada.”

Conversion therapy practices were even more common (i.e., more than 10%) among the following subgroups of survey respondents.

WHAT NEEDS TO BE DONE

Beyond bans, CBRC is also recommending that Canada invest in educational strategies that consistently and assertively affirm for LGBT2Q youth that their lives & identities are valued, as well as institutional reforms (especially in religious/faith-based and healthcare settings) that identify practitioners and leaders who devalue LGBT2Q identities through conversion therapy or related efforts. Support must also be offered for those who have endured conversion therapy. Based on this survey, we estimate that more than 50,000 Canadians have experienced these practices. These individuals deserve affirming supports to heal and recover.

Developed by CBRC with recruitment from coast to coast to coast in five languages, Sex Now has been collecting and sharing valuable data on the physical and mental health of the country’s GBT2Q communities for more than twenty years. If you are interested in learning more about the 2021 study, which launched in April, please visit sexnowsurvey.com.

Community-Based Research Centre promotes the health of GBT2Q through research and intervention development. CBRC’s core pillars – community-led research, knowledge exchange, network building, and leadership development – position the organization as a thought leader, transforming ideas into actions that make a difference in our communities. CBRC was incorporated in 1999 and is a non-profit charitable organization. Our main office is located in Vancouver, British Columbia; we also have satellite offices located in Edmonton, Toronto, and Halifax.

CBRC and the researchers who conducted this study are grateful to the many conversion therapy survivors who have bravely shared their stories to gives us a better understanding of these practices. 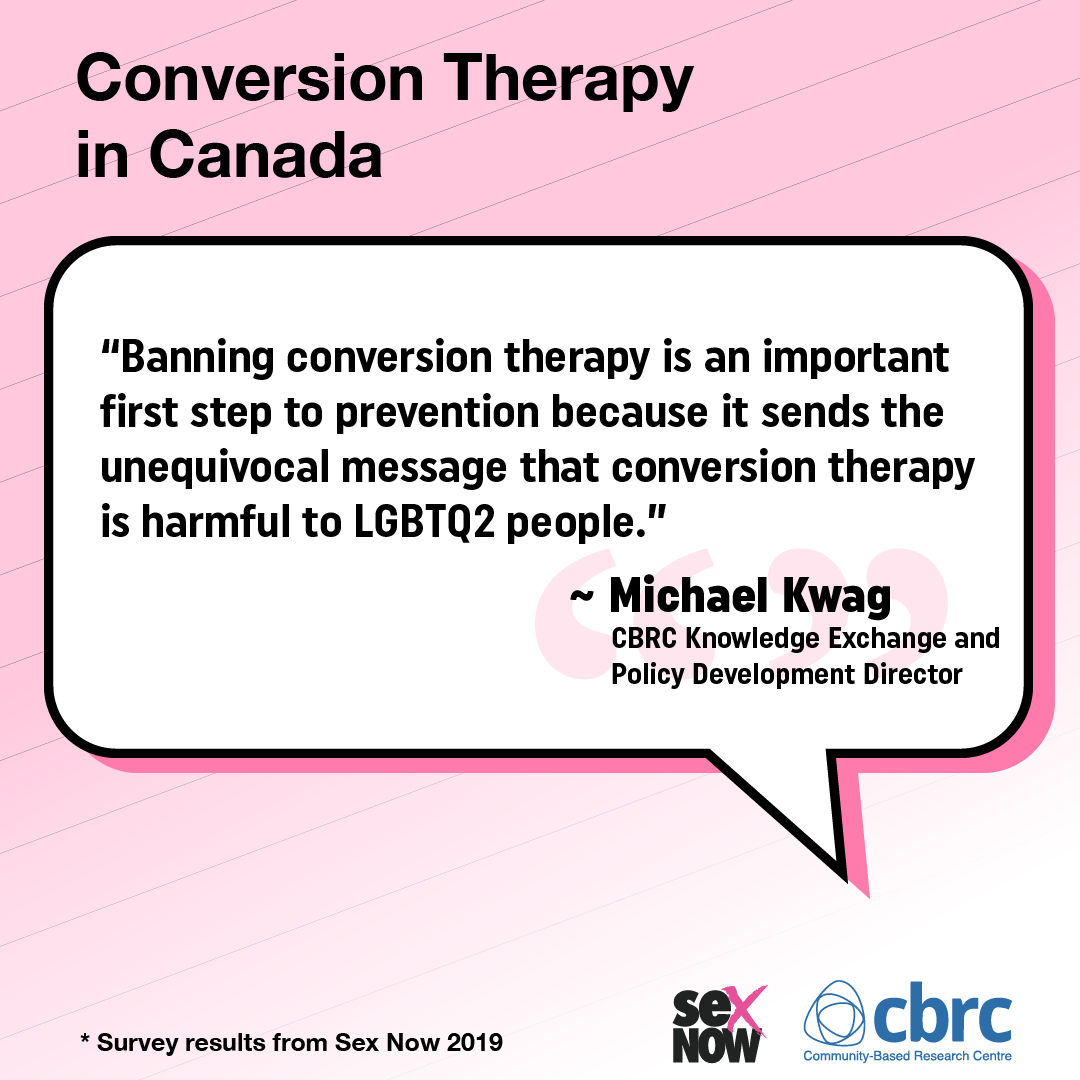 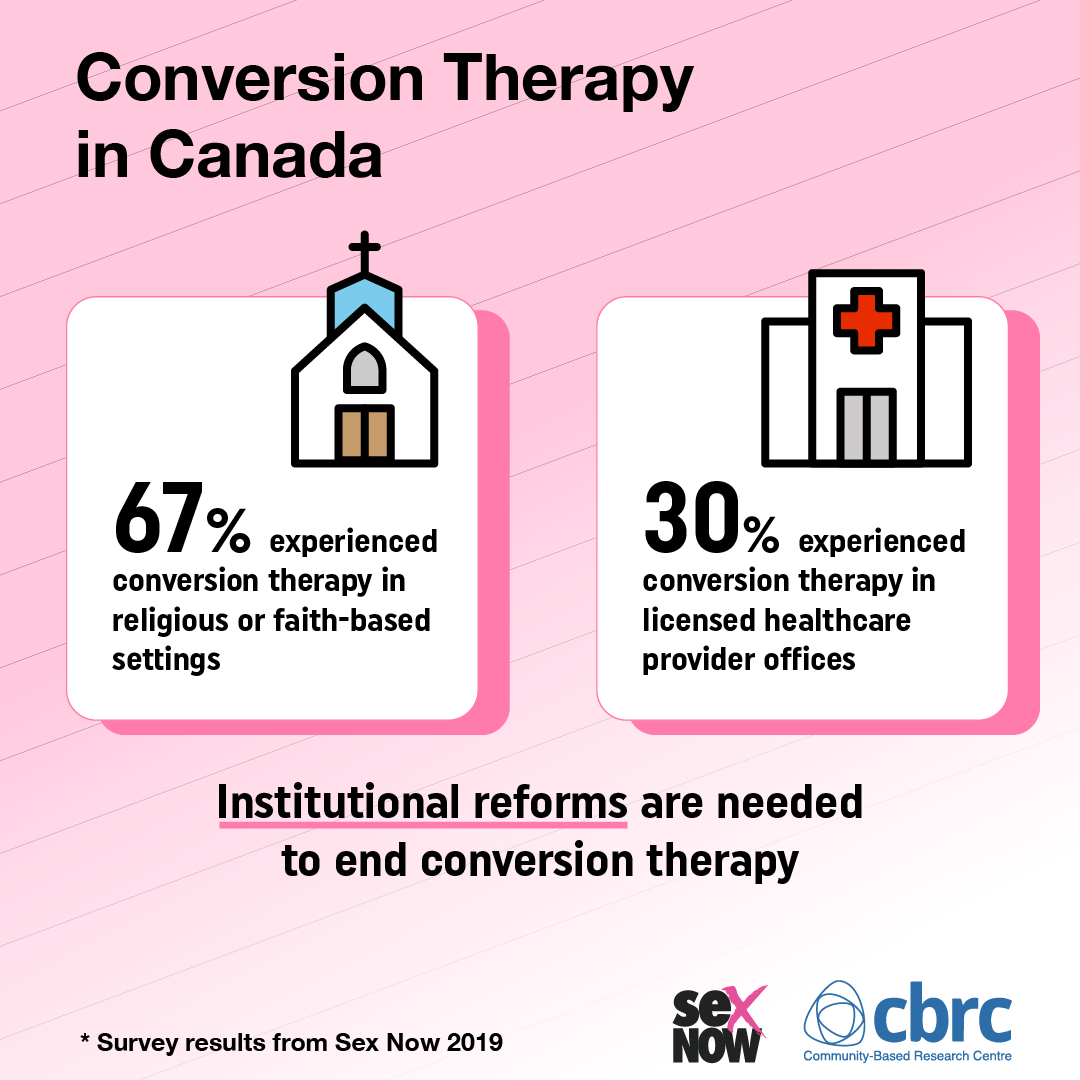 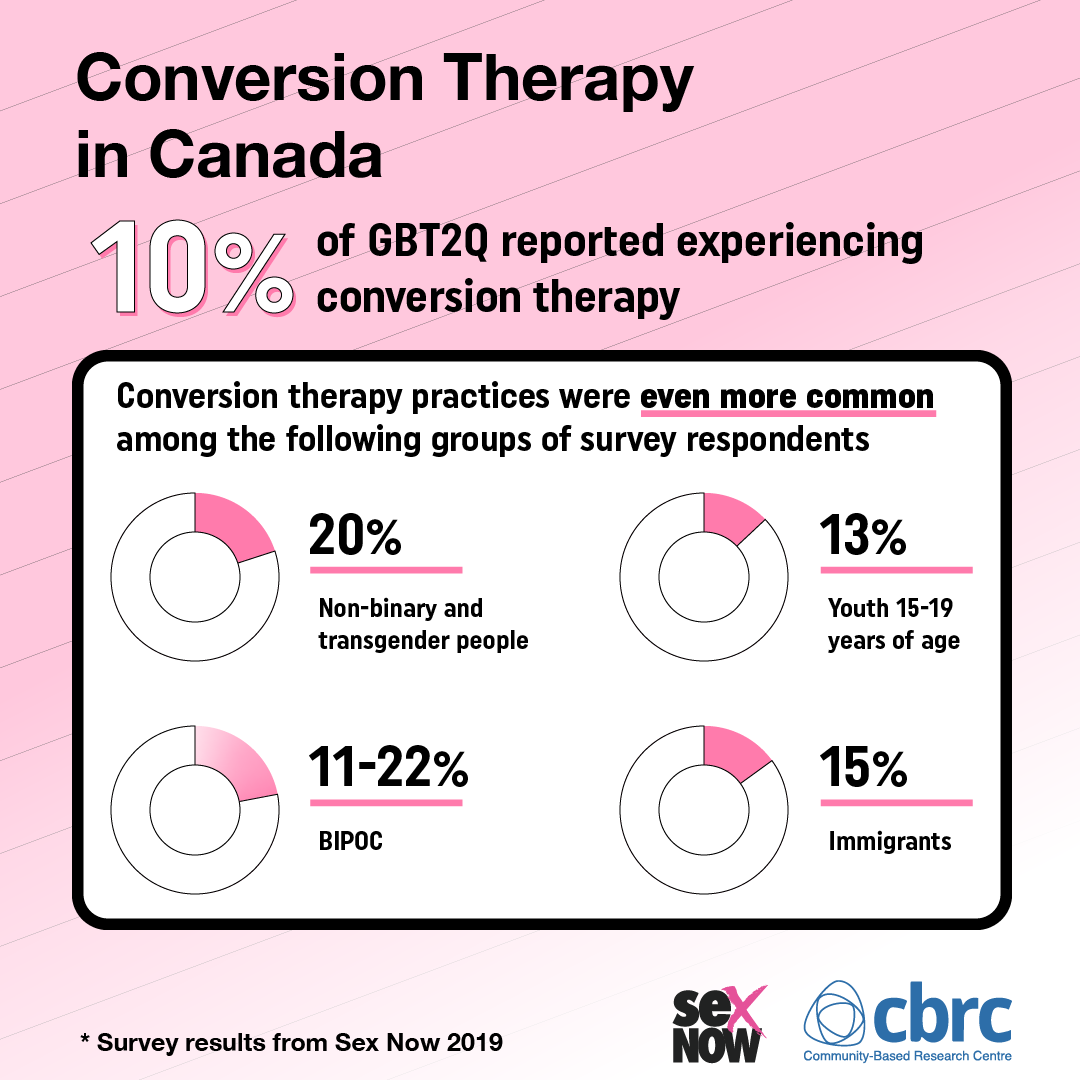 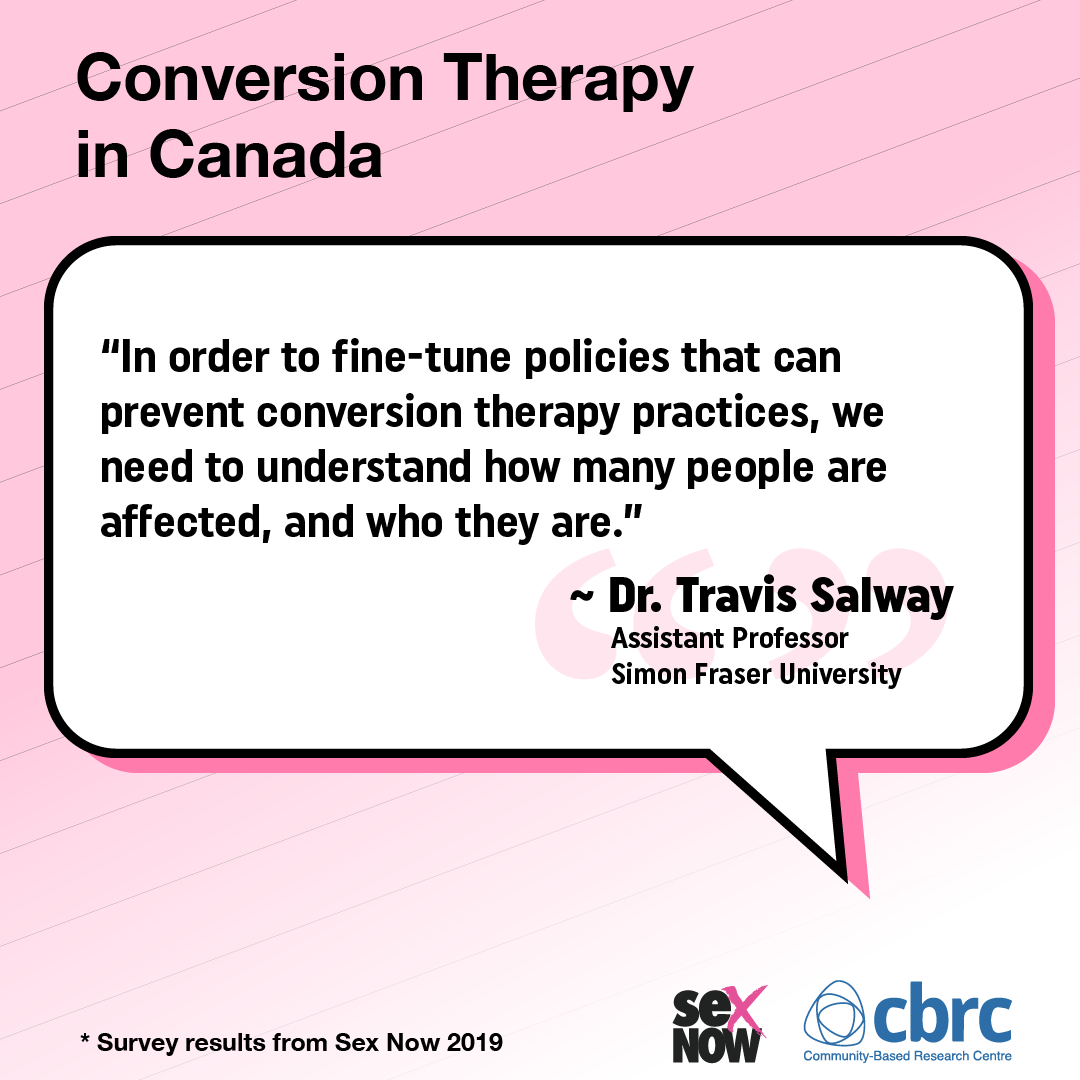