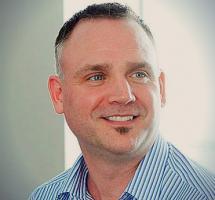 This fall, the 8th annual BC Gay Men’s Health Summit will be held under the banner, “Reconsidering Social Determinants.” The stance is an edgy one—it calls up political hot potatoes and also directs our attention to research that has been increasingly sequestered to the margins in recent discourse about gay men’s health. Why organize an entire health summit around social determinants when medical management is the topic of the going conversation? Why focus on variables that are so difficult to pin down, on underlying factors that are so hard to examine, especially while PrEP has dominated discussions elsewhere?

Precisely because it is so difficult. While policy-makers rally around “treatment as prevention”, it’s more important than ever to understand how much gay health issues are determined by society and its institutional apparatus. The Summit, is a fulcrum on which that conversation can take place. Such crucial pivot points apparently now stand outside the mainstream discussion. The most recent International AIDS Conference, for example, rejected so much gay content that an international group called MSM Global Fund published a review of the rejected abstracts called “Missing Voices from The Field”.

We should be clear about the urgency here: the burden of HIV in Canada is becoming more, not less, iniquitous. While rates of HIV infection in the general population here and around the world are decreasing, rates among gay men have either flat-lined or are climbing again.

The conversation the Summit is inviting on gay health determinants will consider why this is so. Keynote speaker David Brennan’s paper “Men’s Sexual Orientation and Health in Canada” analyzed data from 135,000 respondents of the 2003 Canadian Community Health Survey – the first to ask questions about sexual orientation. Until that point there were no population-based data to detail any health disparities between gay, bi and straight men. Turns out gay men were three times more likely than straight to have a mood or anxiety disorder. Four times more likely to report lifetime suicidality. And five times more likely to have been diagnosed with an STI. Bisexual men had even greater disparities around mental distress. Clearly, Canadian health policies have not even considered sexual inequality as a determinant of ill health. But sexuality, in a complicated world, does determine people’s health outcomes.

After health advocates pushed for years to paint HIV as “anyone’s disease” (Magic Johnson got it and so can you) we are now having to reclaim HIV as a key health concern of gay men based on a measurable disparity. HIV infection in Vancouver’s general population is estimated to be somewhere near 1 in 1,000 (excluding injection drug users, sex workers and MSM) while in the gay male population the number is 1 in 5. Meanwhile, HIV funding policy has become so painfully “equitable,” that grant proposals engaging the word “gay” trigger worries about their eventual approval at the top. Indeed, Olivier Ferlatte, in his forthcoming paper “Are there enough gay dollars?”, notes that funding for gay-specific health initiatives in B.C. has never been adequate, even while it was known that the effects of HIV on gay men were massively disproportionate.

Despite the “hard” numbers, the Public Health Agency of Canada disregards sexuality as one of its “twelve determinants of health.” At every turn it seems we are dealing with more than simple discrimination (not just a jerk yelling “Fag” on the street); we are dealing with large-order, systemic discrimination, entire institutional systems that have never been sensitive to    the experience of a sexually marginalized segment of the population. We are working within an inherited and pervasive system of denial that affects everything including how we think about HIV and medical strategies to control it.

Recent and compelling research is proving that social determinants are anything but “fuzzy”. It is increasingly clear that violent and discriminatory reactions to sexual orientation elevate anxiety, depression and sucidality among those targeted. Findings like these may be key to our future thinking about gay health.

Perhaps Canada (along with most other countries), fails to recognize the negative impact that discrimination by sexual orientation is having because there’s so much confusion about what social “progress” looks like. Gay marriage, gay Anderson Cooper, and gay politicians look like concrete advances—and so they are, for what they’re worth to the individuals involved. But those highly public advances do not, in themselves, cancel out bullying in schools or fear of disclosure in the workforce or the long-term health consequences of chronic “minority stress”. (All further compounded by the bizarre stereotype that gay men are all wealthy and white—are all, in other words, Anderson Cooper.)

Of course, we’re also interested in hearing some good news at the Summit: gay men (finds Dr. Brennan) are less obese than our straight counterparts and we’re also, contrary to caricatures, slightly less likely to engage in risky drinking. We’re even better educated (though we make less money). This news, too, is valuable—and it’s something that’s utterly ignored by policy makers focused on pharmaceutical solutions alone.

Our job then, and the job of the Summit, is to locate and set the lights on concrete structures affecting us where others are saying there’s only sand. To drive home that social determinants have real health consequences.

A 2003 literature review by Christopher Banks called “The Cost of Homophobia” gave us a number to start with: he reckons that each year health determinants surrounding sexual orientation cost our country as much as $8 billion in healthcare and lowered job productivity. As more data emerge, we are collectively revealing a portrait of social determinants as powerful, unavoidable factors underlying health. The real potency of this kind of investigation is that it outlines the invisible things.