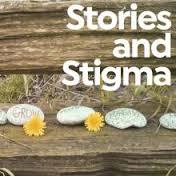 There are many kinds of fences that define our territory. Weathered wood and ancient stone, beautiful but uncomfortable to perch on. Other fences that block us: barbed wire and spikes. Invisible fences that we construct and maintain ourselves. Metaphors for the role of stigma in gay men’s lives.

Pervasive stigma that might say we do not exist, unless we are oh-so-obvious. Then there can be an icy continuum to negotiate: stereotypes, prejudices, engrained discrimination and persecution. We also have internalized stigma, barriers of shame on which all other stigma can be built. Stigma that prevents gay men from fully participating in society. The enduring stigma that surrounds HIV and keeps people from accessing testing and care. Stigma within our gay communities: in a meandering Internet troll we can read an HIV negative gay man distinguish himself as “one of those who are less deviant.” Resilience is a word often used to counter stigma: meaning to spring back after bending, stretching, or being compressed. Why do we have to keep doing this? How about the word stamina instead? Run, jump, perhaps knock down fences along the way. It’s complex, but our stories can be the crucibles where we can find the strength and determination to challenge stigma. Here is a small collection of lived experiences, a beginning. We need to see more stories about gay men’s journeys. What are we not hearing or seeing?