To many, intersectionality is a daunting theoretical, academic concept. However, we are about to fill you in on a secret: while there certainly is a litany of theoretical and academic literature on the topic, it is in fact historically rooted in the context of activism, service delivery, and the lives of U.S. women of colour. Kimberlé Crenshaw, who argued that U.S. Black women’s simultaneous experiences of racism and sexism were excluded from services and activism, was first to use the term “intersectionality” in the academic literature.

Since then, intersectionality has been used in many contexts to develop a more complete analysis of social issues as well as highlight opportunities for social change. The term “intersectionality”, and the analysis it entails, has been used by many writers and communities – albeit in perhaps different language – to understand their experiences. For example, Reginald Shepherd, a self-described “black gay man raised in Bronx housing projects”, was a poet whose writing provides numerous examples of what can be understood through an intersectional framework. In a 1986 essay titled On Not Being White, he wrote:

I have spent years proudly and often militantly defining myself as a gay man; I am still tentatively moving toward equally proudly defining myself as a black man. The process of reconciling myself to each of my social identities has had much to do with how and to what extent those around me bring the two together and keep them separate. […] I was black before I was consciously sexual, but I was sexual long before I had the words for sex or race; and when did I become “I”? (p. 56, in Harris, 2005)

Here, Shepherd notes his experience coming to take pride in his identities as a gay man, and a black man, and notes the messiness of the ways in which these identities do and do not fit together for the people around him. He demonstrates how intersectionality can help us think about the integration between individual experiences and structural contexts.

1) Personal experiences are impacted by multiple identities (e.g. gay, black) and structures (e.g. heterosexism, racism) People cannot be reduced to one identity category. Being gay and indigenous or gay and non-indigenous impacts how individuals understand their sexuality, and the types of communities individuals are a part of, and the ways they are treated by people within their communities.

2) Categories (such as gay, indigenous) are assigned to individuals in interpersonal contexts and institutional settings. Categories are ascribed to individuals through interpersonal interactions, whether through visual clues such as skin colour or assumptions made about a person’s dress or mannerisms. These categories help to guide interpersonal interactions. At an institutional level, categories are assigned to individuals through bureaucratic or medical processes which determine which services individuals are eligible to receive. For example, people who are categorized as fat are often excluded from social scenarios and may receive insufficient health care. Similarly, doctors assume the primary needs of a sexually active gay man who seeks health care are related to sexual health. Health care providers may also assume STIs and HIV are the cause of a gay patient’s symptoms without pertinent knowledge as to their sexual behaviours.

3) Knowledge is produced and understood in the context of our social locations and structural contexts. One of the reasons the principles of greater/meaningful involvement of people with HIV (GIPA/MIPA) and community-based research has become so important within the HIV sector is because scientific, medical knowledge threatened the legitimacy of the knowledge based on gay men’s experiences living with HIV, and fighting for improved services for HIV treatment and prevention. Intersectionality reminds us of the importance of lived experience as a form of knowledge.

One way that our individual experiences are impacted by multiple identities is by the types of assumptions that we make. Let’s take the assumption that individuals should come out as gay, bi, or trans* to friends, family, service providers, and perhaps even in workplaces. This assumption takes for granted that social and economic costs associated with coming out are manageable for individuals. However, it does not recognize the ways simultaneous identities and positions shape the costs associated with coming out. For example, men who have stable employment and feel able to address any possible discrimination may face different barriers to coming out than men who fear they will lose their jobs, or men who fear they will not be hired if their potential employers know they are gay, bi or trans*. Challenging our assumption that individuals should come out to their service providers and employers may lead us to direct our efforts to create workplaces and health services that are safe for gay and trans* individuals whether or not they have come out.

Intersectionality requires an analysis of privileged identities, and the ways that some people benefit from structures that oppress others. Gay men’s health promotion materials often assume people have cisgender bodies and as a result, trans* bodies are often not mentioned or included. This is one example of the ways cissexism1, and cisgender privilege operates – often unintentionally – to exclude trans* people, often without awareness among cisgender individuals. Reflecting on our privilege is an essential part of intersectionality that may help to reveal new approaches to service provision that further health and social equity.

Many cultural and social norms are at play when gay men seek dating relationships and hook ups. One common phrase used online is, “No fats, no femmes, no Asians” which is an example of the ways categories are ascribed to men interpersonally and indicative of the ways simultaneous social locations impact gay men’s experiences. Gay men categorized as “fat”, “femme”, and/or “Asian” in these sites may have a harder time finding people to form sexual or romantic partnerships with, and may experience stress and exclusion from gay communities as a result.

The stresses faced by men in gay dating cultures can affect self-esteem and mental health, especially for men who do not meet the cis, white, masculine, and buff male beauty ideals associated with mainstream gay communities in contemporary Western societies. Some men may feel excluded or othered in dating and this could potentially play a role in anxiety and depression. Increased stress may make it more challenging for some men to communicate desires, needs, and boundaries in sex. In addition to developing resources and programs to support men who are othered in these scenarios, researchers and service providers may also envision campaigns and supports to challenge these – and other – types of exclusion within gay communities.

Service providers, policy makers, researchers and others working with diverse communities of gay men and other men who have sex with men can benefit from integrating intersectionality into their ongoing work. As a paradigm that considers multiple oppressions, multiple privileges, and encourages those of us working in this field to recognize and act on the knowledge of the people we are working for, intersectionality can further support our efforts to achieve health and social equity. 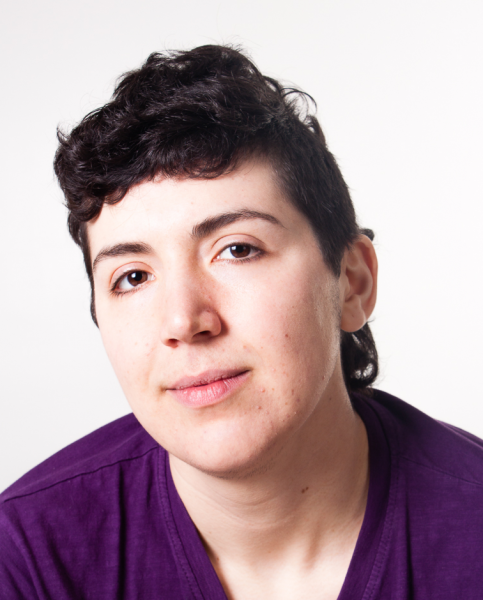 Jaedyn Starr is an independent transgender workshop facilitator based in Vancouver with an M.A. from UBC. Jaedyn Starr’s focal points as a facilitator include gender inclusion, safer spaces, sex and intersectionality, as well as enhancing consent and communication in diverse and professional communities. You can stay connected to Jaedyn Starr online at facebook.com/starrworkshops or [email protected].