After being recommended to participate in the Summit Rapporteur Creators program by a mutual friend, Ladonna Cree was able to attend the opening plenary of the Summit titled “Resistance and Resilience Through a Two-Spirit Longhouse” featuring the teachings of Bill White and Florence James. Through the teachings offered by Bill and Florence, Ladonna Cree was pleasantly surprised to learn that there are many similar beliefs and values among Indigenous communities in Canada. Ladonna Cree was reminded of the Elders she had engaged with in Alberta, and was excited to discover a common sense of kindness and teachings among Indigenous communities in Canada. From Ladonna Cree's perspective, the inclusion of Indigenous people in the Summit felt genuine and real. The opening plenary set the tone to engage and learn from Bill and Florence’s teachings. After attending the Summit, Ladonna Cree was inspired to create a drag performance that represented her journey of self-acceptance and reclamation of her lost cultural identity. As a Sixties Scoop survivor, Ladonna Cree shares her experiences of having her Indigenous and Two-Spirit identities erased through being assimilated to western understandings of gender and culture as a child. Her video captures her lifelong journey to reclaim her cultural and gender identity through drag performance, and the role that sobriety has played in her approach to drag. The COVID-19 pandemic has changed how she performs drag, leading to many new and exciting creative outlets and practices for Ladonna Cree. The video performance represents a journey from being a man to entering into drag and embracing all of the facets of her identity. Now when Ladonna Cree performs, she performs as herself rather than as a persona or character. Ladonna Cree is looking forward to continuing to express herself through drag and to find connections among Two-Spirit and LGBTQ+ communities. 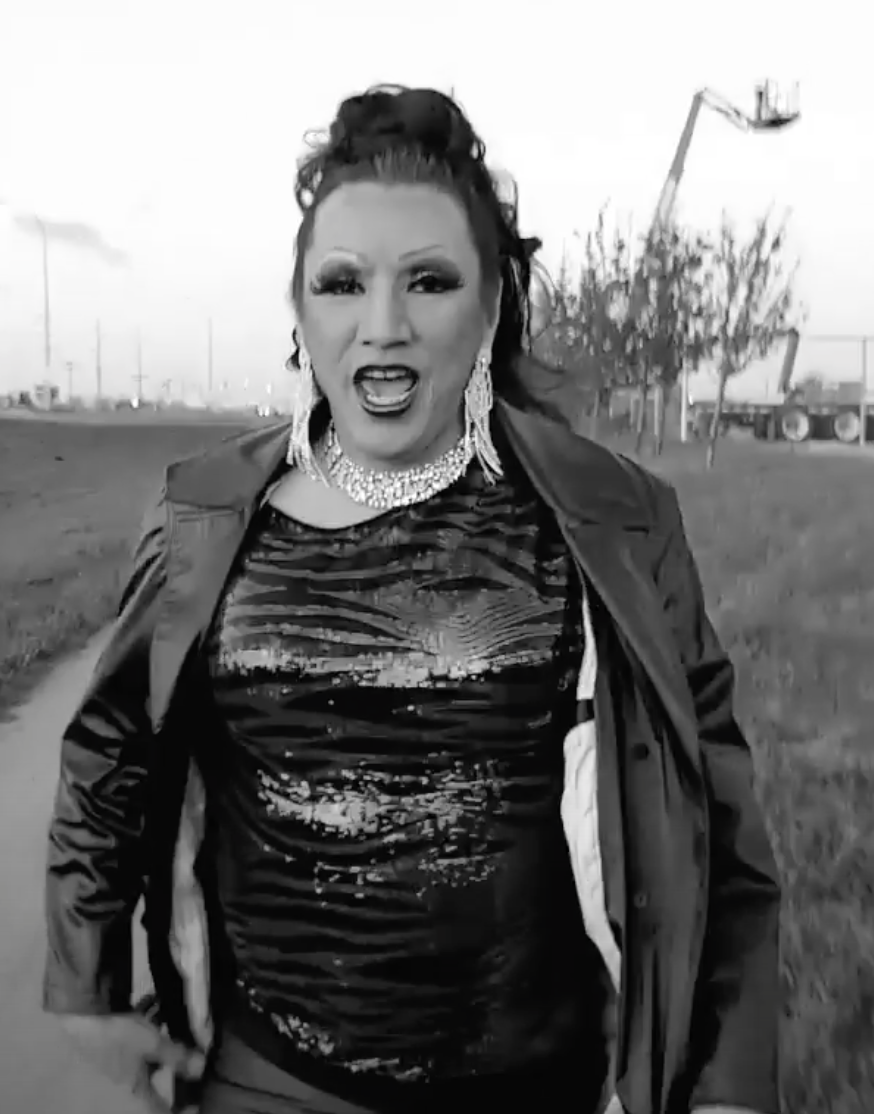 Ladonna Cree (She/Her) is a proud 2spirited Cree from Treaty 6 Montreal Lake First Nations in Saskatchewan. She has been following the Red Road since October, 2012. She has been a Drag Queen for the past 30 years with numerous accolades from pageants and charity work. 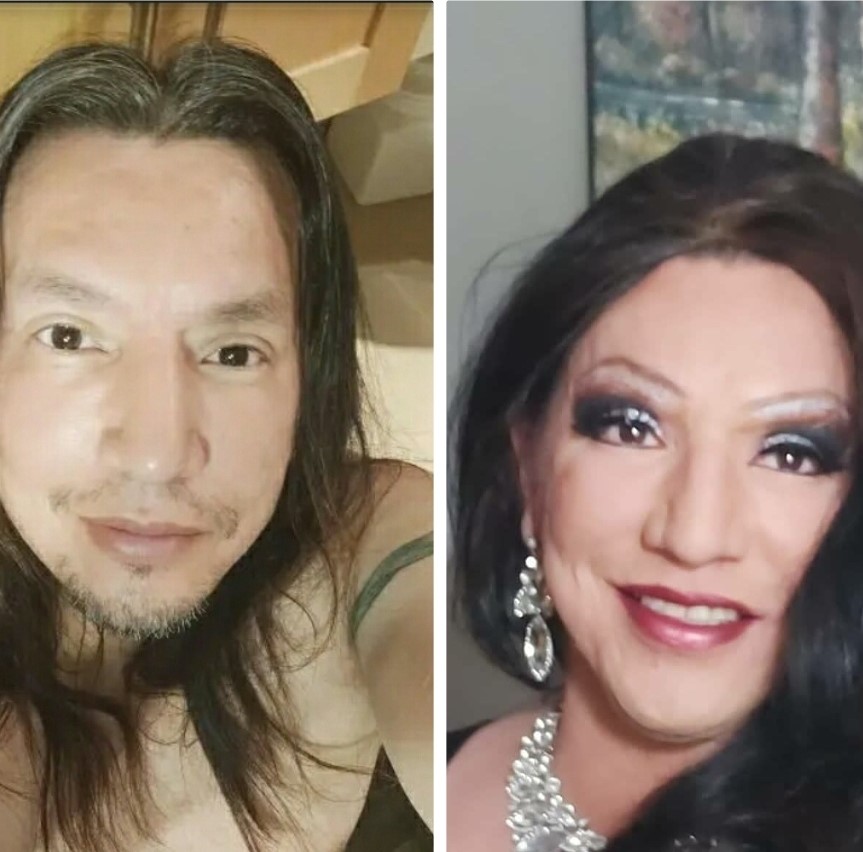 She presently has a career as a peer support worker for Alberta Health Services. She is the Kokum of the local “Indigi-Queenz of Beaver Hills Hauz”. Additionally, she volunteers her time with homeless connect, Salvation Army’s Kettle Drive and fundraising efforts through drag performances. The highlight of her life is being a proud parent.