The Two-Spirit Program at CBRC has unveiled a logo for its team. Designed by Indigenous artist Taylor Ward, the dynamic logo was created to represent an offering to all Two-Spirit people in Canada, as well as all Indigenous ancestors who have paved the way for so many generations. 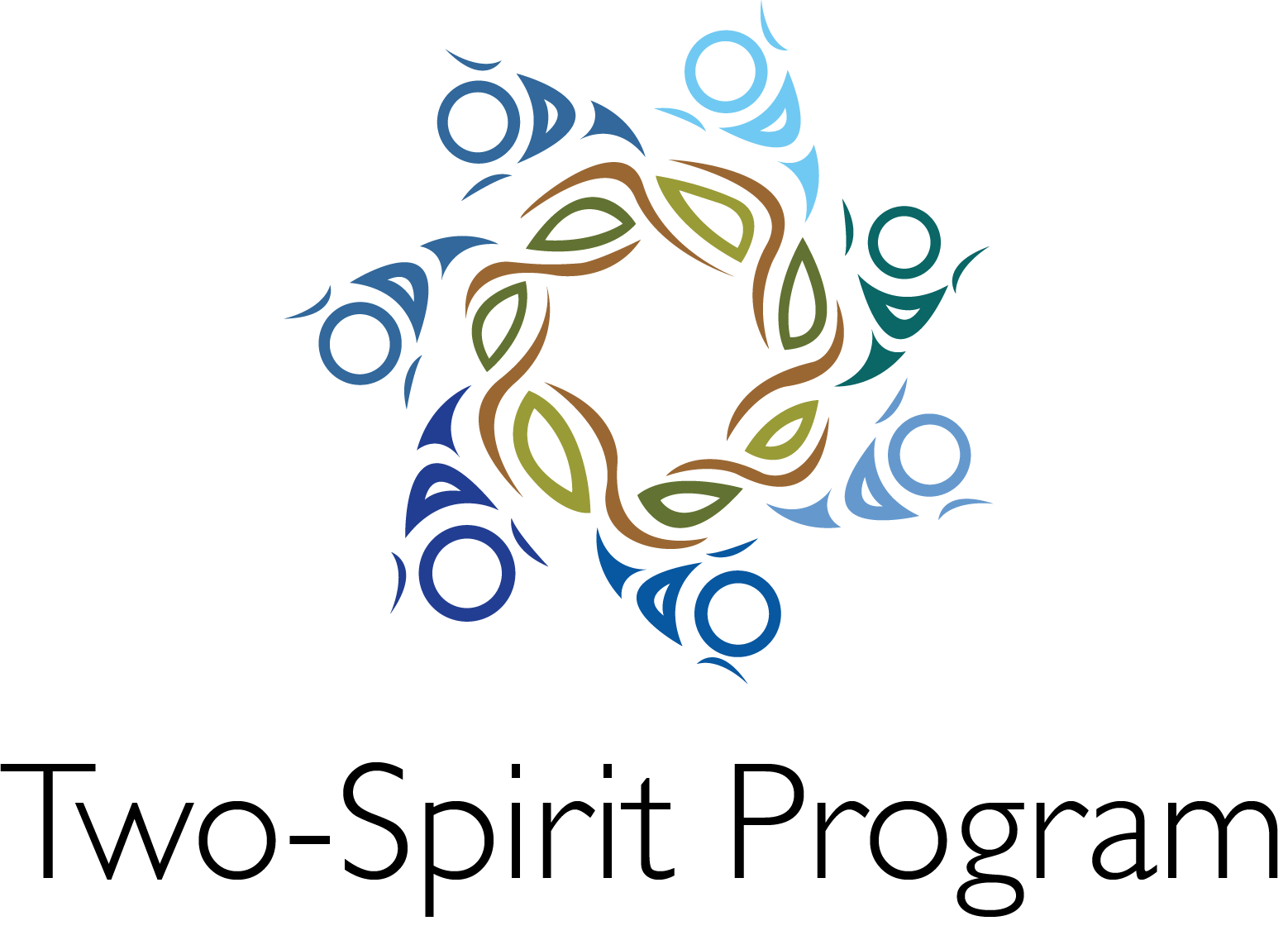 Originally from Metepenagiag Mi’kmaq Nation, Ward grew up in Moncton, New Brunswick, away from his home community. It was his need to get in touch with his ancestors, history and traditions that opened him up spiritually and allowed his art to tell the story of his journey as a Two-Spirit person. Artistically, he excels at creating symbolism within his designs in abstract ways.

“Completed in a circular orientation to represent the cycle and flow of life, the logo resembles the sun when you look at it complete, but also the water, which is an important element for Two-Spirit people, as we fill gaps and work our way through barriers,” says Ward, describing his vision. “There’s sweetgrass, a sacred medicine, in the shape of the moon and circles for holistic care; the colors of the earth to connect us to the creator and the grassroots initiatives we have created.”

The artist has also depicted “Little Ones” exiting the sweetgrass. “This represents the offering,” says Ward. “This offering is towards our ancestors and previous generations who have fought to make equal rights for Two-Spirit people who walk the earth today. The Little Ones represent freedom of expression, growth, and opportunity. In relevance to Two-Spirit people across Canada, each Little One is represented in different tones of blue to show that we are colourful and knowledgeable people. Blue is also alluding to water, circling around the Earth. The overall design represents the earth, water and sun.”

An important thing to know is that water fills gaps, and as the Two-Spirit Program at CBRC will offer a variety of training programs, the water symbols in this image are meant to offer respect to the traditional learnings from ancestors, as they fill the gaps of our current and future generations. “There are also seven segments within the braided sweetgrass and seven Little Ones,” says Ward. “This directly references the Seven Sacred Teachings of which, as Two-Spirit people, we take along with us on our journey.”