World AIDS Day: Adding up the Equation of U=U

This past decade of the HIV pandemic has seen many scientific advancements in HIV treatment and prevention, with people living with HIV living longer and healthier lives, while also experiencing less side effects from their medications.

One of the major discoveries during this time is that consistent use of antiretroviral therapy (ART) leads to an undetectable viral load, which means a person cannot pass HIV on. This prevention strategy is known as “Undetectable = Untransmittable” or “U=U.” Since 2016, global efforts have been made to draw attention to this information, with knowledge of U=U increasing year after year amongst queer and trans men in Canada. 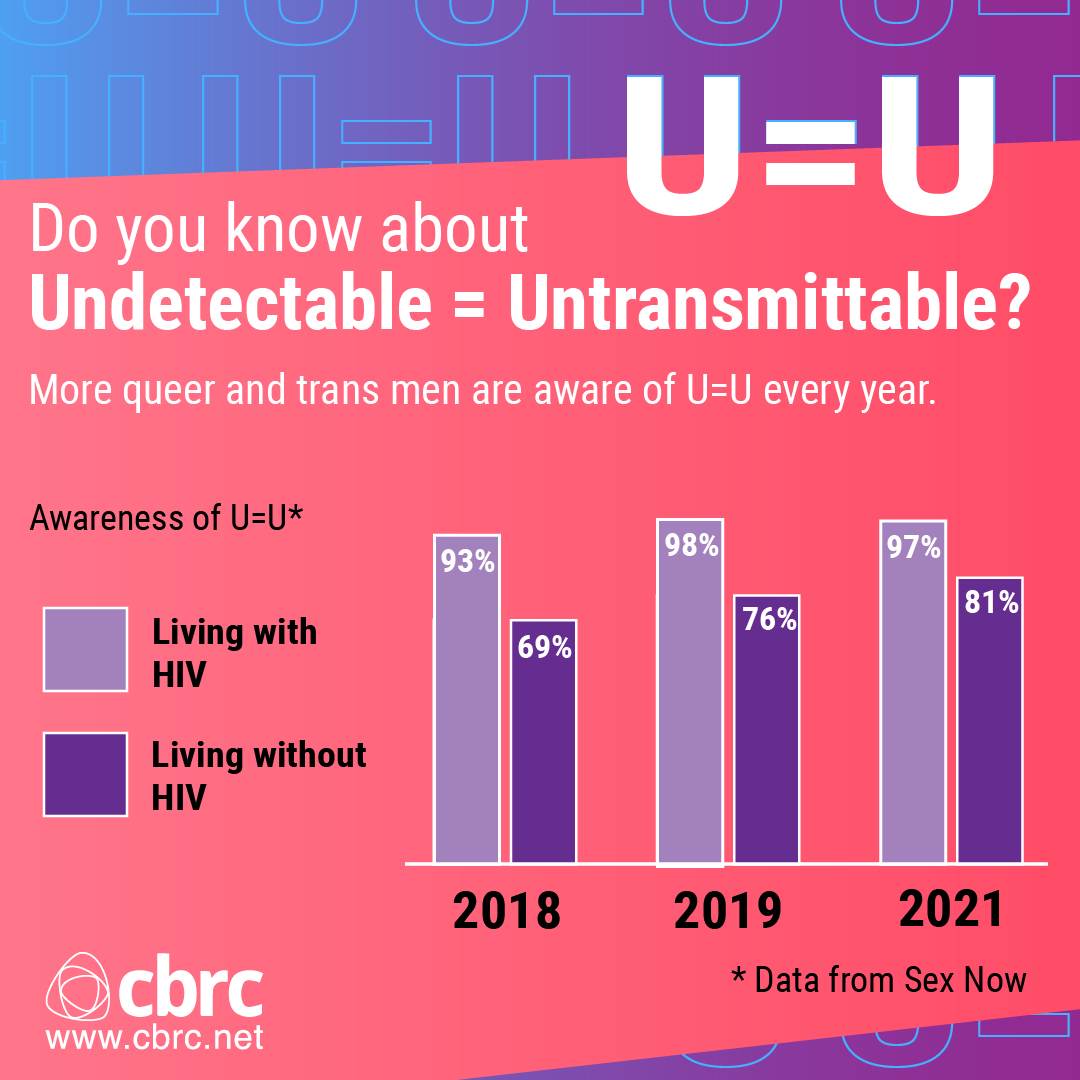 This World AIDS Day, CBRC would like to get the message out again that U=U is a highly effective HIV prevention strategy, and anyone who is working in health care should look for opportunities to spread the U=U message, especially to those who are HIV-negative.

The U=U campaign has done more than just prevent new HIV infections; it has also had a positive impact on many people’s lives. Through our Sex Now 2021 survey, we examined the experiences of queer and trans men living with HIV and their perceptions on U=U. Slightly more than one-third have experienced reductions in stigma, shame and rejection. As well, nearly one-third have experienced improvement in mental, social and sexual well-being. 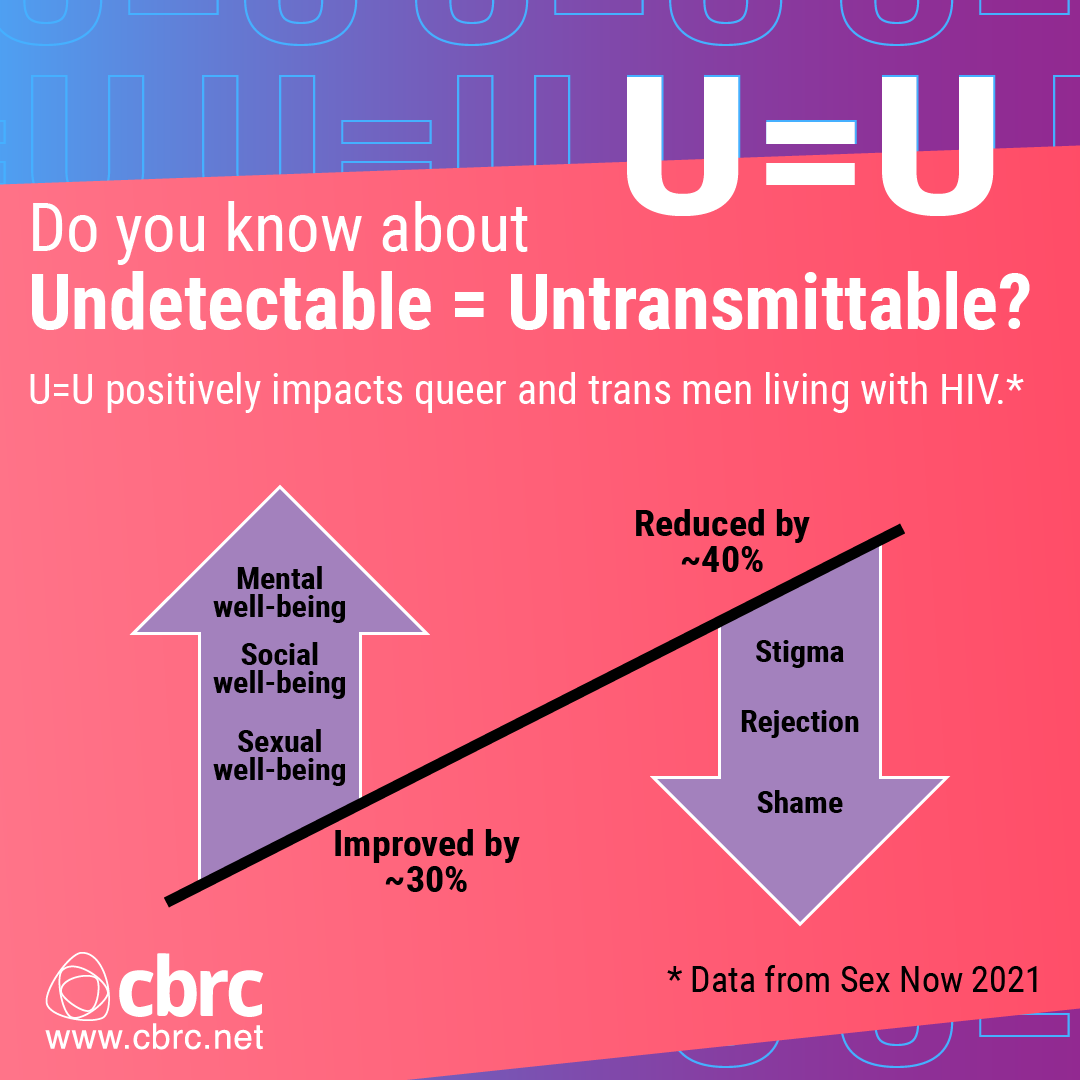 While overall there have been many successes, some queer and trans people living with HIV have experienced unintended consequences from the U=U campaign, such as nearly 20% feeling increased pressure to take medication or maintain an undetectable viral load. This highlights a common issue that existed long before U=U. Because of the stigma associated with the virus, people living with HIV are too often viewed by society, public health, governments, the legal system and researchers as a vector of disease. The experience of living with HIV is thus reduced to whether someone is able to pass HIV to someone else, rather than a health condition being just one part of their lived experience. 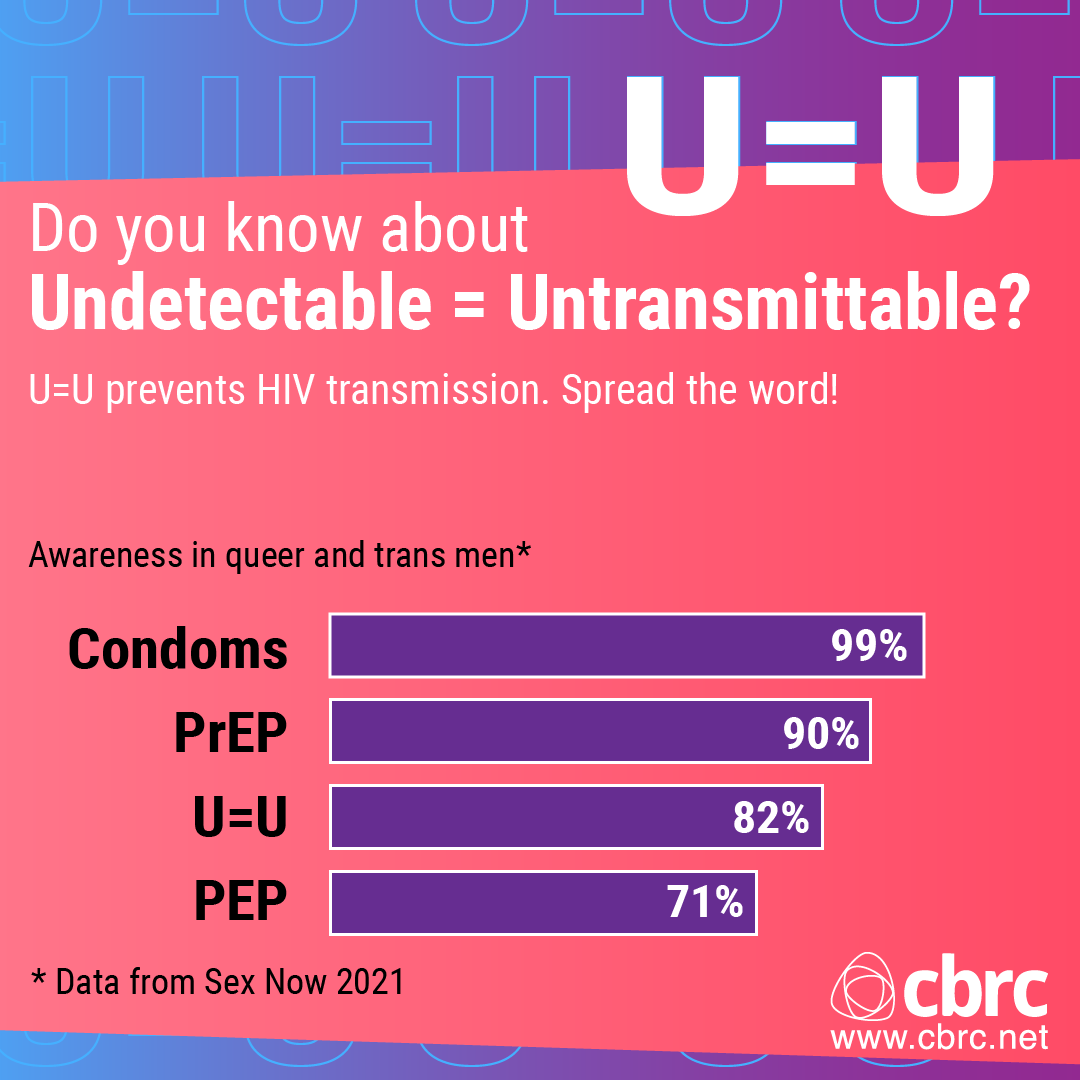 To combat this ongoing stigma, CBRC produced two videos earlier this year with Canadian model Travis L’Henaff about his experience testing positive for HIV and the work that needs to be done to eradicate HIV stigma. Building off these videos, and the experiences our community shared through Sex Now 2021 survey, we are starting an exciting new peer-led qualitative and research project to explore barriers among key sub-communities of queer and trans people who have been left out of U=U messaging.

We are currently recruiting community advisors for this project and look forward to conducting the research and running the campaign in 2022.