Sexual minority people in Canada continue to experience greater social, economic, and health challenges when compared with their cisgender heterosexual peers. These challenges are often larger for people who are also gender minorities due to the persistence of transphobia and cisnormativity. However, limited population data exists about the experiences of trans and non-binary sexual minority people in Canada.

In order to help bridge this knowledge gap, the Community-Based Research Centre (CBRC) produced a report on trans and non-binary participants from the Sex Now 2018 survey to highlight similarities and differences across three groups: transgender (trans), non-binary, and cisgender (cis) participants. Sex Now is Canada’s largest and longest running survey of gay, bisexual, trans, and queer men, and non-binary and Two-Spirit people’s health and well-being.

The report was prepared for Women and Gender Equality (WAGE) Canada. The report did not include data on the experiences of trans women, since participants who identified as women were ineligible for the study. The report explored demographics, health and well-being, substance use, social support, community involvement, and adverse life experiences. Our report found significant differences in the lived experiences of trans and non-binary participants, compared with cis participants, which must be considered in policy and program development for these communities. 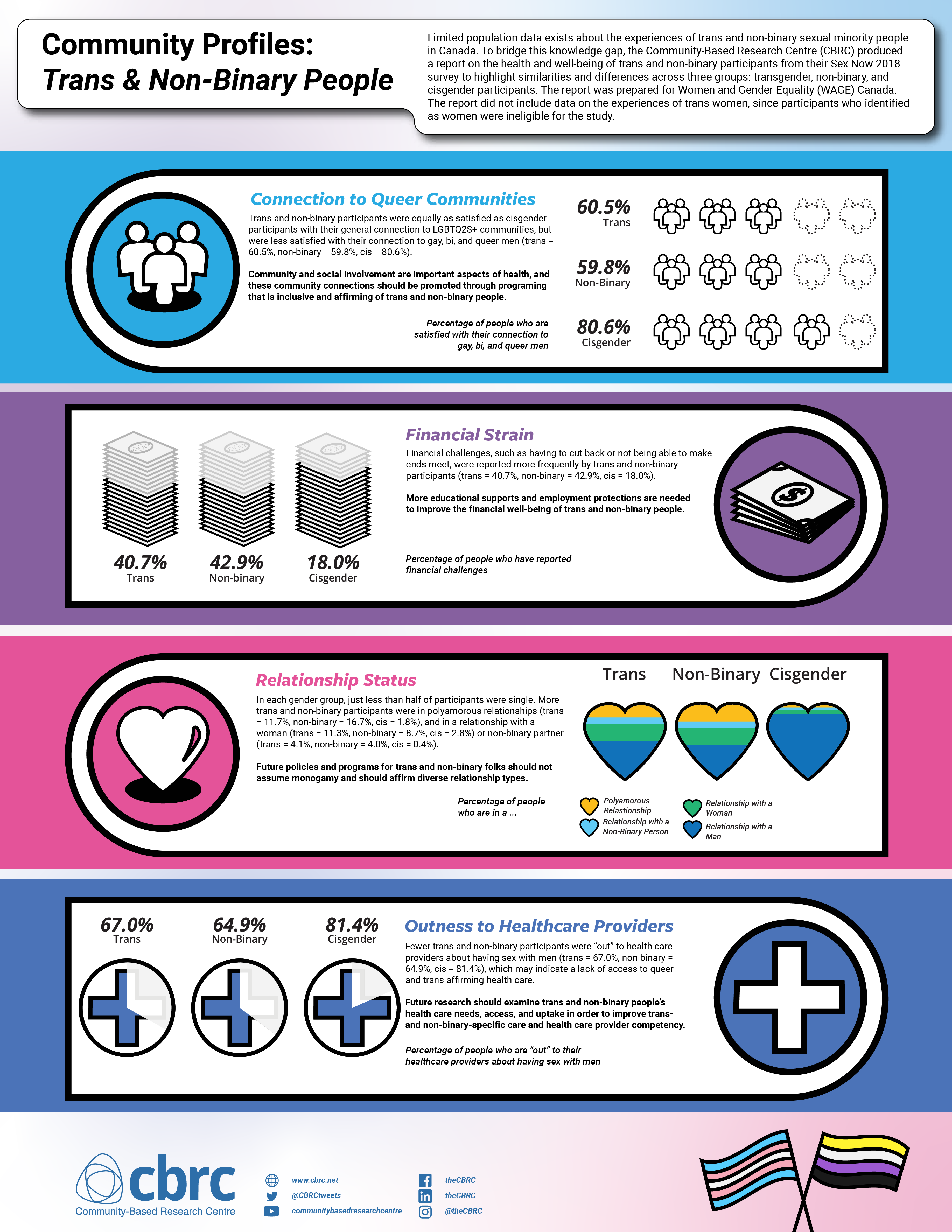