Investigating Racism Faced by Indigenous Communities in BC: We Need Your Help

In June, Mary Ellen Turpel-Lafond (First Nations Cree), an Indigenous lawyer and former judge, was appointed to lead an independent investigation into systemic racism faced by Indigenous peoples in the health care system in British Columbia. Launched by BC’s Minister of Health, Adrian Dix, the investigation is looking into disturbing reports of health care providers in emergency departments engaging in a racist “game” of guessing the blood alcohol limit of Indigenous peoples accessing urgent healthcare services.

As part of the investigation, Indigenous peoples are invited to complete a survey on their experiences accessing care in BC, which closes on Thursday, August 6 at 4 pm (PDT). In addition, the investigation has set up an e-mail address (addressing_racism@gov.bc.ca) and toll-free number (1-888-600-3078) which are open to both Indigenous and non-Indigenous peoples who have specific stories of experiencing or witnessing racism in BC’s health care system. 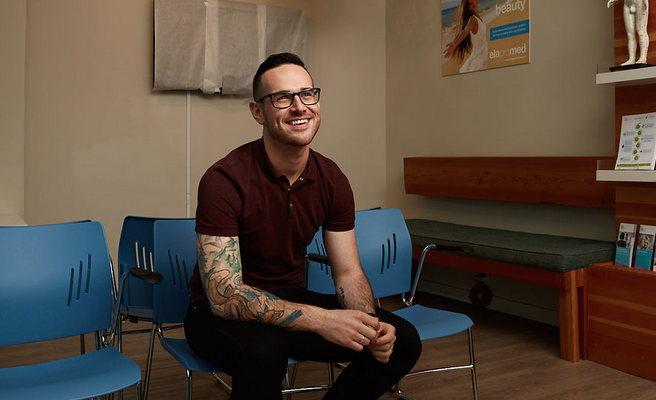 As the new Indigenous Two-Spirit Program Manager at Community-Based Research Centre (CBRC), I would like to express CBRC’s clear support for this investigation, and would like to encourage anyone with information on Indigenous-specific racism in BC’s health care settings to participate. As a proud Two-Spirit Métis registered nurse, I am outraged that my fellow nurses and physicians would take part in such a racist practice targeting Indigenous peoples who are in need of urgent medical care. The goal of all health care professionals should always be to provide competent non-judgmental and safe care to everyone.

For Two Spirit, gay, bisexual, trans, or queer Indigenous men (2S/GBTQ), access to culturally competent healthcare plays a vital role in our health. Our Sex Now 2019 survey found that Indigenous 2S/GBTQ men in BC reported lower rates of mental wellness compared with non-Indigenous GBTQ men in BC (65.4% vs 72.7%). These men were more likely than non-Indigenous GBTQ men to report needing help, including help for depression (48.6%), anxiety (45.9%), body image (33.8%), suicidal thoughts (17.6%), and gender dysphoria/transition (10.8%).

Since June, CBRC staff and consultants have been conducting community consultations to better understand barriers to care faced by Indigenous 2S/GBTQ men in BC, with a specific focus on sexual health. Although these community consultations did not ask about racism or about racist experiences, many participants shared their experiences facing racism in the health care system and how these experiences negatively impacted them from accessing basic (HIV/STI testing) healthcare services.

These stories are reinforced by other Sex Now 2019 findings, which show that 44% of Indigenous 2S/GBTQ men experienced discrimination based on their race/ethnicity, and that 28% were not ‘out’ to their family doctor or nurse practitioner. On testing for HIV and sexually transmitted infections (STIs), Indigenous 2S/GBTQ participants reported testing less often for HIV and STIs than non-Indigenous GBTQ men (35.7% vs 45.5% reported getting tested within the last 3 months), being less confident accessing HIV/STI testing (81.8% vs 94.9%).

These findings help to underscore the significant barriers to care faced by Indigenous and Two-Spirit communities, including systemic and institutionalized racism. Our hope is that this provincial investigation, and the many experiences brought to light through research and dialogue with communities, will not only allow clearer identification of the racism embedded within health care, but also provide some potential healing to those who are sharing their stories.

What you can do:

Community-Based Research Centre (CBRC) is fully supportive of this investigation. We encourage members of BC's Two-Spirit and/or Indigenous lesbian, gay, bi, queer, trans, and non-binary communities to share their experiences of racism in health care through an online survey, which is open until August 6 at 4 pm (PDT). You can access the survey here, or call toll-free at 1-888-600-3078 if you do not want to do the online survey.

For non-Indigenous peoples who have witnessed racism towards Indigenous peoples in BC’s health care system, please consider sharing your story by emailing addressing_racism@gov.bc.ca or calling toll-free at 1-888-600-3078.

To learn more about the investigation or the survey to collect additional information on Indigenous peoples’ experiences of racism in BC’s health care system, please visit: https://engage.gov.bc.ca/addressingracism/