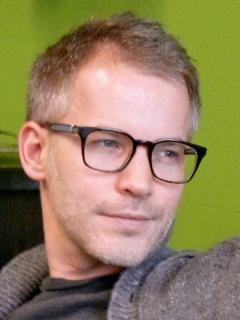 Ask a teenager how they feel about the constant barrage of distractions that conspire to derail their homework—the Facebook messages, the text messages, the long rabbit hole of flashing video and insipid commentary that is YouTube—and they will answer very simply: “What are you talking about?” The Internet is not a “distraction,” it is simply, “the way things are.” It is the ocean in which one swims. And fish do not complain about being wet.

The mediation of a person’s life by an overwhelming technology like the Internet is only unsettling for someone who knows the world without the Internet. For anyone born after, say, 1982, asking how online technologies change ones life is as meaningless as asking an older person, “How did the Gutenberg press change your life?” Or, better yet, “What about the Greek alphabet?” Nobody can really see the atmosphere they live in. And it’s perhaps missing the point to blame them for that blindness.

And so, when I found myself at a meeting of ten or so “Investigaytors”—young gay men who meet at Vancouver’s Community-Based Research Centre to train in the field of sexual health research—I was cautious when I asked them, “How did the Internet affect your coming out experiences?”

And I was not so very surprised when the group of them—all bright and engaged young men—gave a kind of shrug and said the Internet had “maybe” had “some” effect.

Certainly we have seen that the advent of online life coincides with an abrupt shift in the age at which such young men are coming out. As CBRC Research Director Terry Trussler told me, “It’s all being duked out in high school now. The crucible of coming out has shifted to that earlier point.” Access to online technologies appear to go hand-in-hand with earlier coming out experiences, precisely because they afford one such “low barrier” access to a previously “adult” milieu. Those connections don’t dissipate, either, after the initial stages of coming out. The CBRC’s Sex Now survey results made it clear that, “Internet and smart phones, not bars and cafes, have become the main means of connection between gay men under 30.” Indeed, a full 70% of young gay men expressed dissatisfaction with physical “gay spaces.”

While gay men used to have sex earlier and come out later, we are currently seeing an inverse of that model: men are coming out earlier and having sex later. Some are even being “brought” out by “supportive” peers who inform a youth, at the age of 13 or 14, what his or her inclination is. Such individuals, “out” for years by the time they reach adulthood, may be less reliant on sexual experience (clandestine or otherwise) as a means of sorting through issues of personhood and identity.

Broadly speaking, teenagers certainly seem more sexualized then ever before, if we are to make judgments based merely on the broadcasting they do online. Nearly 50% of 18-year-olds (gay and straight) have sent someone a naked photo of themselves.[1] And we are all familiar with stories of sexual brazenness online from youths that seem far milder in “the real world.” But Statistics Canada researchers have actually found that teenage sex has dropped a little since the advent of the Internet. From 1996 to 2005, the number of teens who reported having sexual intercourse fell from 47% to 43%.[2] Perhaps the Internet, like alcohol, gives us more desire while taking away “performance”?

At any rate, the online world is a complete and comforting cocoon in which to come out (unlike the scrappy forests that older generations came out in). One Investigaytor at that meeting reminisced about collecting photos of the boy’s water polo team on his home computer. He told me, “At 13, I was reading all these stories online about coming out. Even at 11, I remember having cyber-sex for the first time, without really understanding what was going on. I wouldn’t be masturbating or anything, and I didn’t understand that the other person would be doing that. I was just chatting.” Others in the group reported similar experiences.

Another young man in the group said he began his coming out experience by watching gay porn online at age 14. “I just thought the male body was interesting, I didn’t necessarily think I was gay, or even know what that was.” He progressed to chat rooms, “even though all they wanted was to have cyber sex, or cam with you.” And he also found support from online forums, where he made online friends and chatted about his life. “My first hookup was with someone I met on a chat site, and I liked it, so then, finally, I decided to come out to people in person when I was in my second year of university.” This man’s engagement with queer individuals and subject matter, then, had proceeded for five or six years before it became an acknowledged reality in the physical world.

What are the effects of such a coming out? What are the effects on one’s sexual life when it gestates in an abstracted online world for years before seeing the light of day? At any rate, the sexual lives of these young men was never going to really “emerge” from the online world at all because, in some ways, their identities are tethered to the digital world that birthed them. Near the end of our chat, one of the guys decided, “the moment when I was really out was when I changed my Facebook status to say ‘Interested in Men.’ That was the end of my coming out process.”

I myself am too old to be blasé about ways that online life has shaped the coming out experience. For me—and I know this is a kind of nostalgia—the Internet denudes us of a certain value that goes along with silence, mystery, and striving. Lack of access, for a gay man who grew up without the Internet, is a foundational part of the coming out process.

But yes, it’s just a nostalgia. In the same way that gay culture (fueled by repression and trauma) has been partly dismantled by its own successes, we could say that the secrecy and hard-won connections that once characterized gay life may be falling to the wayside, too. Should we really bemoan the dropping of things like silence, secrecy, and distance? I’d rather simply remind today’s youths that we are always shaped by the tools we use, and let them tell me what that means in their own lives.

It’s a truism that technology is neither good nor evil. But neither is it neutral.