Scott Neigh speaks with Michael Kwag, CBRC's Director of Knowledge Exchange and Policy Development, about the use of research, community-level interventions, and advocacy to promote the health of gay, bi, trans, Two-Spirit, and queer men in this episode of the Talking Radical Radio podcast. Click here to listen. 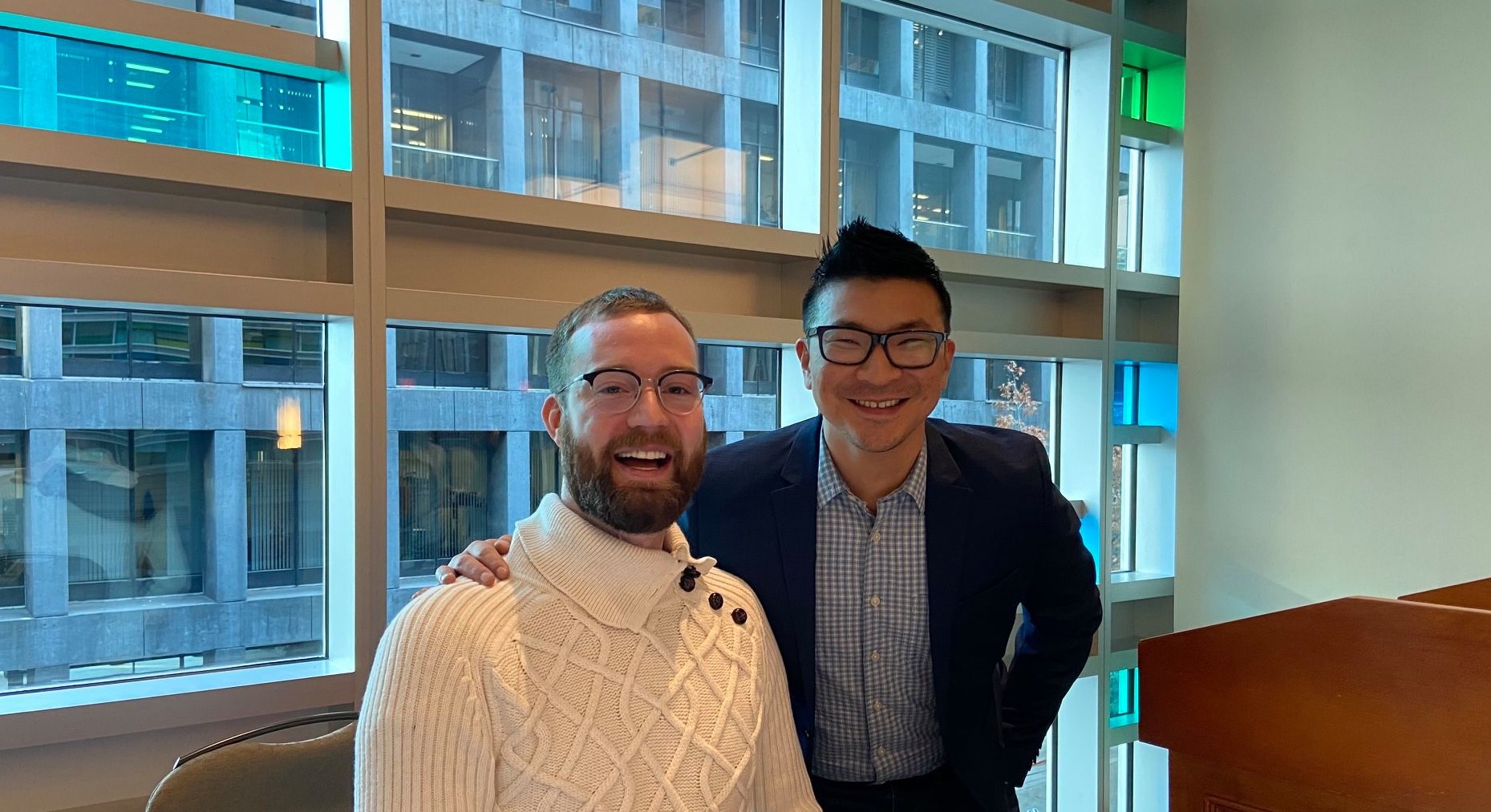 Excerpt from the episode notes:

Grassroots organizing in the early years of the HIV/AIDS crisis produced a number of important legacies. Some, of course, were victories of immediate relevance to the wellbeing of people living with HIV and AIDS. As well, subsequent social movements have drawn on both the direct action tactics and the distinct political sensibility of the more radical wing of the AIDS movement. And the movement won practical victories that continue to benefit people to this day -- for example, the Trillium Drug Benefit in Ontario that supports low-income people in accessing prescription drugs.

Another important legacy encompassed a range of interventions in the politics of health-related research. The movement in the 1980s and 1990s was highly critical of how AIDS-related research and the interventions informed by that research were being conducted, arguing that they seldom reflected the needs of people living with HIV and AIDS. They demanded an active and participatory role in shaping and guiding the research.

The Community-Based Research Centre was incorporated in 1999 by a small group of gay men in Vancouver who were concerned about how HIV prevention work was happening, about the supports being made available to gay and bisexual men, and about how research around HIV was happening. They argued that the lack of involvement by people impacted by HIV in HIV-related research meant that the data being produced was not suitable to inform the kinds of community-based, grassroots, and patient-centred responses that were most urgently needed. Too often, things like research into risk factors that was decontextualized from the broader realities of gay and bi men's lives ended up reinforcing stigma and informing policy and programming decisions that left some people vulnerable. One of the CBRC's major early initatives was called Sex Now, a research project that involved getting gay, bi, and queer men involved in conducting surveys in community contexts that could then be used to shape and strengthen HIV prevention work.

Click here to listen to the episode and to read the full episode notes.

Talking Radical Radio brings you grassroots voices from across Canada, giving you the chance to hear many different people that are facing many different struggles talk about what they do, why they do it, and how they do it, in the belief that such listening is a crucial step in strengthening all of our efforts to change the world.