PrEP: Where are we going? 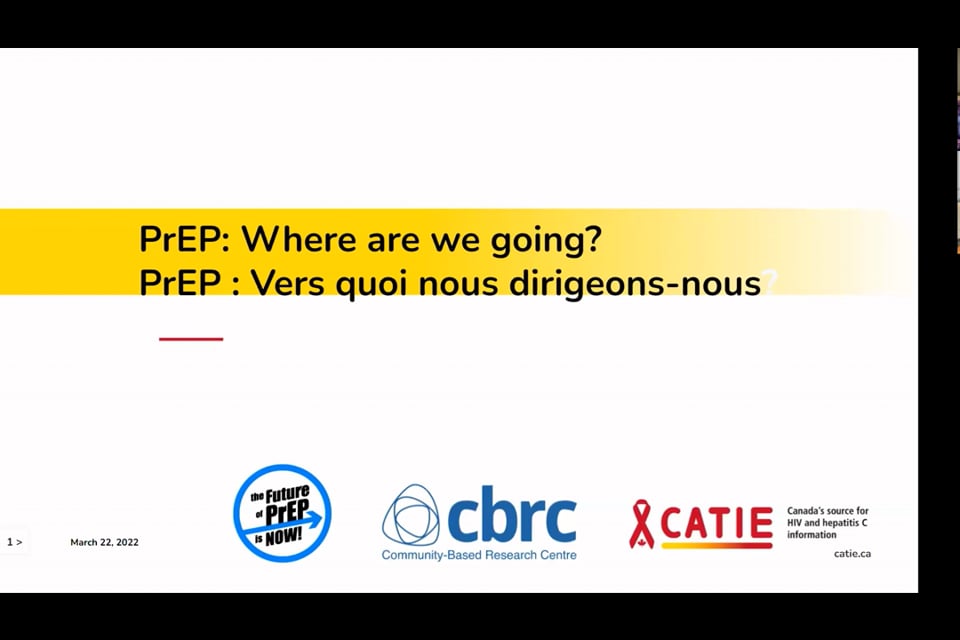 Watch the webinar on CATIE's website or on Vimeo

This webinar, presented by CATIE and the Community-Based Research Centre (CBRC) in partnership with The Future of PrEP is Now research team, is the second in a series of webinars on HIV pre-exposure prophylaxis (PrEP). Click here to watch Part One – "PrEP: Where Are We Now?"

Since its arrival on the scene, PrEP has been a game changer in preventing HIV transmission. PrEP is currently only available in Canada in pill form (oral PrEP), which is taken daily or, in some cases, before and after sex. Other long-acting forms are in development, which include other models of delivery such as injections administered every two months. These emerging PrEP options could be yet another game changer for all those at risk of HIV infection, but particularly those for whom daily pill options are inaccessible.

While many communities across Canada have used oral PrEP to prevent HIV transmission, many factors limit its uptake at the structural, community and individual levels. Some gay, bisexual, queer and Two-Spirit cis and trans men, particularly those who are racialized, are Indigenous or live outside of large urban centres, may not have access. Efforts are being made to understand these gaps and address them.

This webinar will explore the future of PrEP, in particular the new injectable PrEP options for people not currently reached by oral PrEP. We will discuss the rollout of oral PrEP and how to build strong, community-centred plans to ensure that those who may benefit from long-acting PrEP know about it, can access it, and feel comfortable doing so.